The garden is still growing strong! We haven’t had much rain lately (we keep watching the storm clouds frustratingly veer north of us), so I’ve had to do a lot of supplemental watering. This compared to last year, where it was so wet that I only watered the garden once all season — and even then it rained unexpectedly within 24 hours. But things are still growing well. 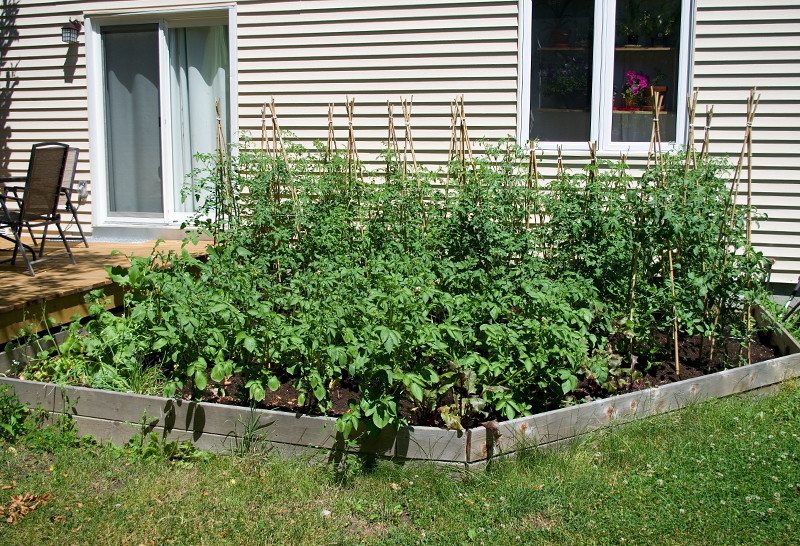 The main garden is still growing strong, although there aren’t any new fruits or veggies to report. The green tomatoes haven’t ripened up; I figure they’re still getting bigger before they change colour. The radish, potatoes, and eggplant are all flowering alongside the tomatoes, though, which bodes well. 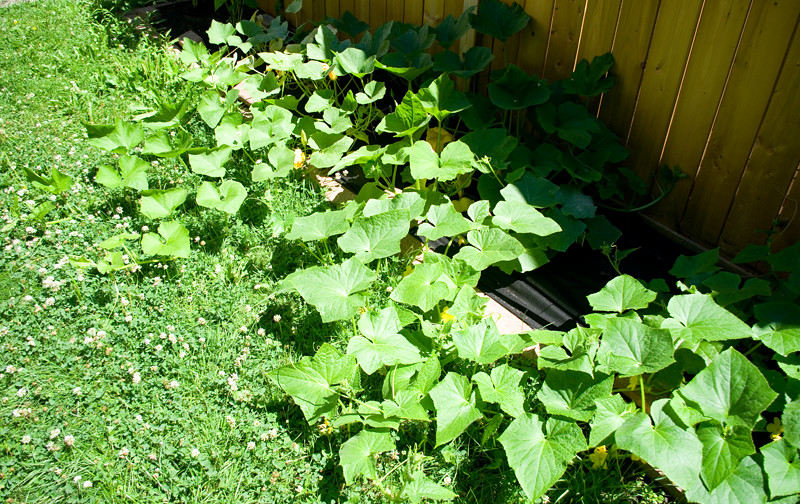 The vines in the secondary garden are making a bid for freedom as they do every summer, though. The part of my yard that gets the most sun is right in the middle of the lawn, and the vines keep trying to take it over. While I encourage such enthusiastic growth, it does make it a bit difficult to mow, especially since a lot of the vines are hollow and easily snapped if you try to pick them up to mow underneath. 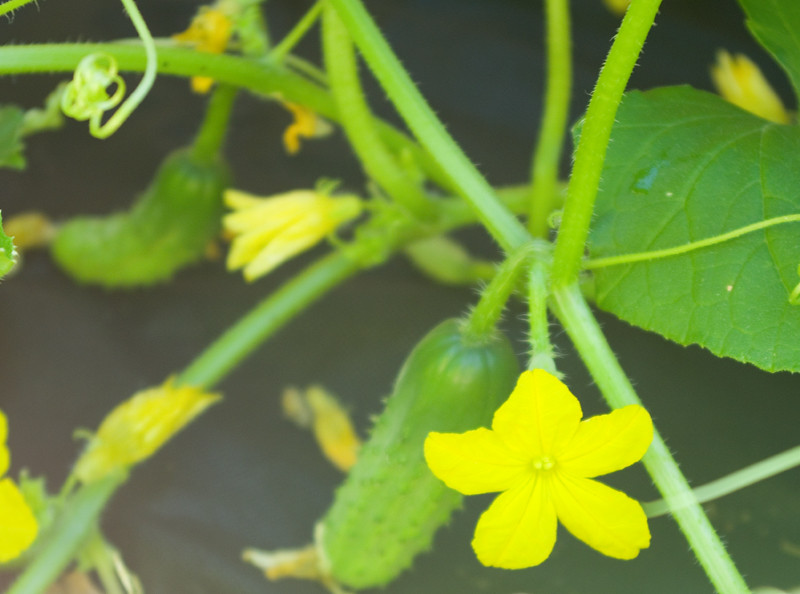 I am thrilled to see that my tiny cucumbers are growing strong! A lot of them are almost two inches long — which is almost big enough for pickling, right? 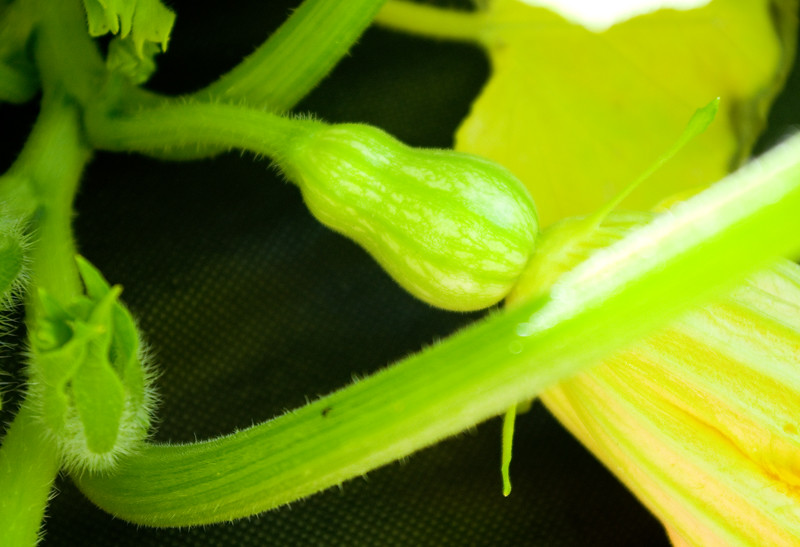 My squash is still tiny, but at least it’s recognizably squash-like. 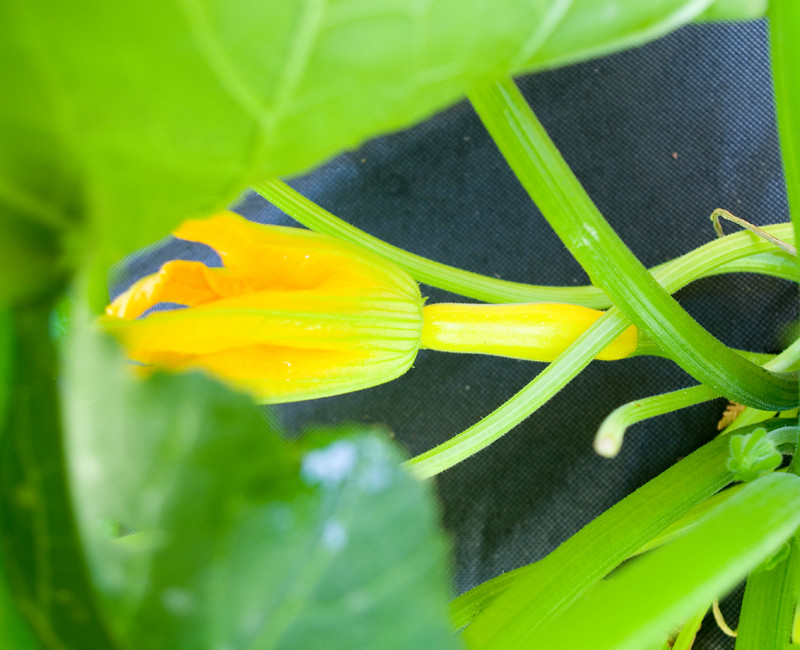 And much to my delight, I appear to have the beginnings of some yellow zucchini!

No pumpkins yet, though, not that I’ve been able to spot. I may be outta luck this year on that score.