This past weekend I headed out with Thing 2 to the cottage that my parents were renting to help them clean it out for the season. Not coincidentally, this happened to be the same weekend as the Ladysmith Oktoberfest celebration, so we had to stop on by. I’m mostly of British, Irish, and Scottish descent myself, although heaven knows that our family tree hasn’t been tracked back very far, so it’s possible that there are many other nationalities mixed in there further back. My husband, though, has strong ties to German and Poland (close to the German border) through his maternal grandparents, so my children share this heritage as well. I thought it might be nice for Thing 2 to get a glimpse of this part of her family history. 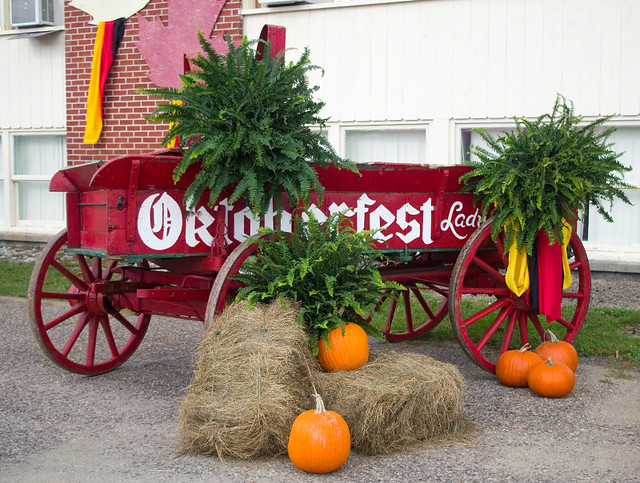 Oktoberfest in Ladysmith is a pretty big deal locally. As of the 2016 census, there are only 448 people who live in the Thorne township; I would estimate that less than half of that population lives in Ladysmith proper. Nonetheless, when Oktoberfest rolls around, the hotel and nearby cottages are booked solid, and the fields and yards nearby are filled with campers and trucks and tents. People come to visit with friends, take in the entertainment, shop, dance, drink, and celebrate their cultural heritage. After all, a large percentage of the population thereabouts is of mixed British Isles and German descent — which is why, despite being in Quebec, the area remains predominantly anglophone. 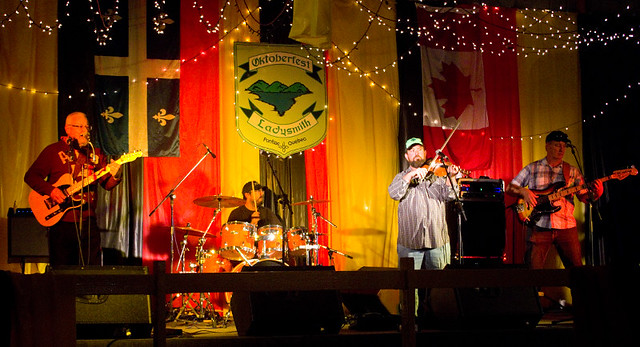 For Thing 2, the highlight of Oktoberfest was the live music. Music has always been able to soothe this savage little beast. She sat, enraptured, as the Kyle Felvhaver Band did two sets. When the Ottawa Valley Step Dancers came in, she was enthralled by the rhythm that their shoes tapped out. And when the band played slow dances and waltzes, her eyes followed the dancers on the floor as they circled around the room. She enthusiastically proclaimed to me that when she is old enough to take music at school, she wants to be a drummer! With Thing 1 starting to learn clarinet this year (just like her dad did), I have a feeling that between the two girls, any peace and quiet we ever did experience at home is now a thing of the past. And yet I can’t begrudge them an instant of it. 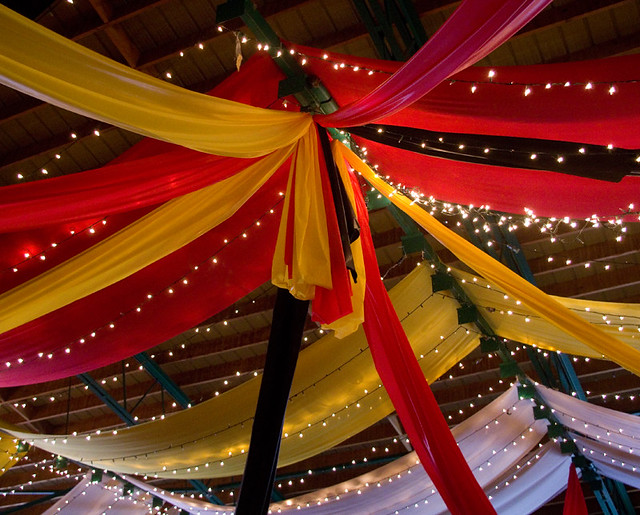 Thing 2 also insisted that I take a picture of the decorations on the ceiling with all of the “fairy lights”. 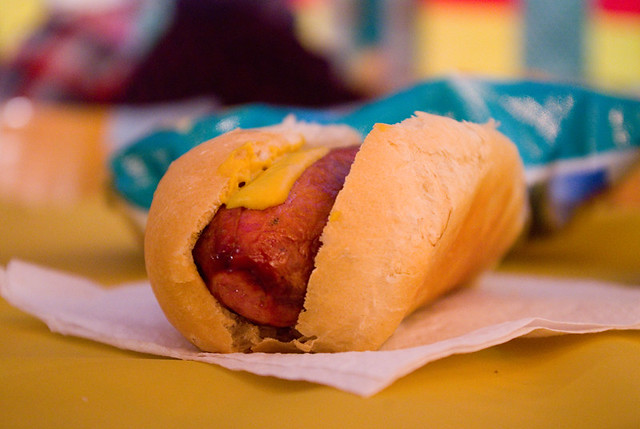 Of course, Thing 2’s second-favourite part of the day was the Bratwurst sausages, which might just be her favourite food ever. She managed to eat a whole one herself, which was pretty incredible considering their size. 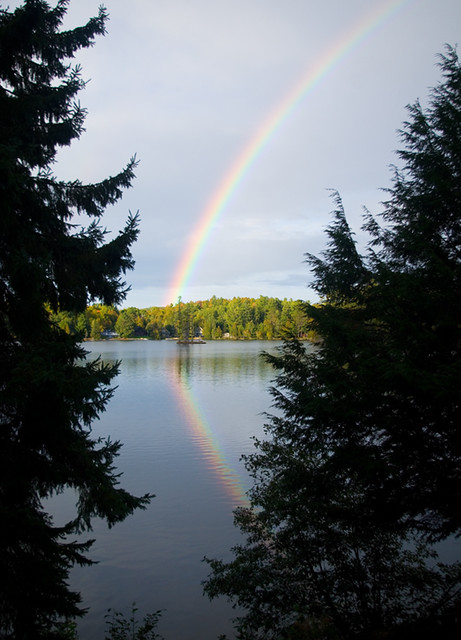 Sadly, the weather for Oktoberfest was not the greatest; it alternated between rain and shine all day. But this meant that before we left the cottage for the last time this season, we were treated to an especially brilliant rainbow over the lake. Not a bad goodbye, if you ask me.