My parents bought their first microwave when I was eight or nine years old, I believe. Possibly later. It was a big investment at the time; microwaves at the time were huge, noisy, and expensive. I know it was probably at least ten years after that that my grandmother finally got one. These days, you can get a serviceable one for under a hundred dollars; back then it was a purchase nearly equivalent of a new stove. But microwaves were being touted as the appliance of the future, and as the time-saving device that every family should have.

To that effect, many microwave cookbooks were published at the time, proclaiming that anything and everything was better made in the microwave; now that they have become ubiquitous, most of us now know that this isn’t the case. My parents had one microwave cookbook when I was growing up, namely Basic Microwaving from the Microwave Cooking library (by Barbara Methven, 1978). I think it may even have come with the purchase of the microwave oven. It is definitely aimed at people who have never used a microwave before, and offers such great tips as:

– A microwave oven is a cooking appliance. It may be faster and easier to use than a conventional appliance, but it still needs a cook to control it. (page 5)
– Room temperature foods cook faster than refrigerated or frozen ones. (page 9)
– Use small strips of foil on thin areas to prevent overcooking. (page 15)

As an aside, do not use metal in a microwave. It could start a fire or damage the appliance. Mental Floss has a great write-up as to why this happens. 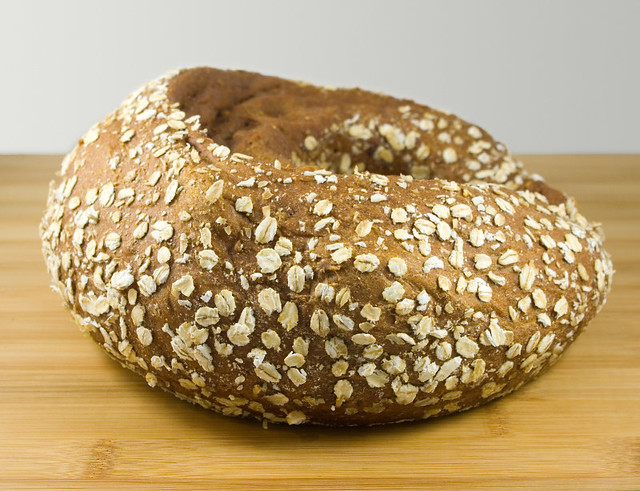 As self-evident or outright wrong some of the advice offered by this book may now seem (it is almost 40 years old after all), some of the recipes are still good, so when I snapped up a copy of this book when I found it at a thrift shop. A staple of my diet in my early teenage years was the Open-Face Bacon, Tomato & Cheese Sandwich (page 100), and I have added just about every technique from their vegetable section (page 106 to 121) to my repertoire, except for those that use tinfoil. But I had never tried to bake anything in the microwave. Well, with summer heat coming on soon, I thought I’d give microwave bread a try with the Oatmeal Wheat Bread on page 128-129.

It didn’t turn out too badly, but I still don’t think I’ll be making this recipe again. As a positive, while it still took standard times to rise, I only had to use the microwave for about 12 minutes, which generated a lot less heat (and took a lot less power) than standard bread baking times in a conventional oven. The flavour of the bread was definitely worth making again. The texture, though, was where baking in the microwave failed me. Have you ever reheated a piece of leftover pizza in the microwave, and had the crust go hard and chewy without ever being crunchy? That was what the texture of this bread was like — although in a few spots where it was thickest it was soft and properly fresh-bread-like. It wasn’t horrible, it just wasn’t great. I don’t know how much of this is because of the appliance and how much is the recipe, so I think next time I bake bread I’ll make a loaf of this in the oven as a comparison. Then I’ll know the cause for certain.