Last night the girls were off to Guiding, so I needed to make a quick and easy dinner. It was still wet and rainy, so I thought that it would be a nice idea to have some soup. I’ve been making a point of turning my frozen stockpile of bones (left over from roasts and rotisserie meals) into broth, so I used some of my recently-made chicken broth to make up some wonton soup. 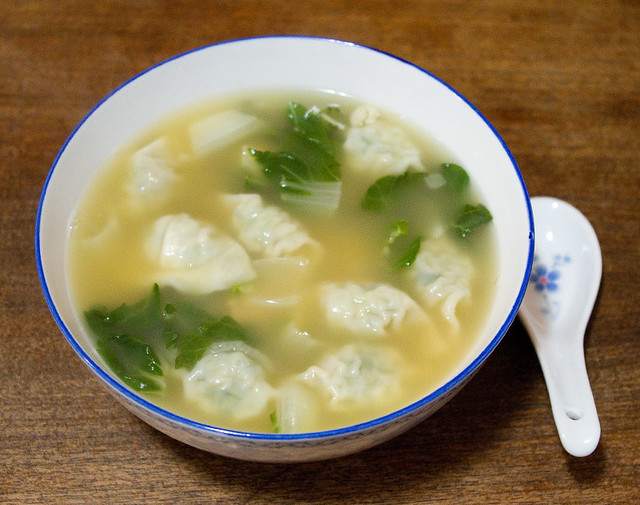 There wasn’t really a recipe as such. I threw some of the leftover chicken from Family Day, some baby bok choy, and a generous sprinkle of salt into the broth while I brought it to a boil. Then I added a couple of handfuls of fully-cooked chicken & cilantro mini wontons (bought at Costco) and cooked them for about two minutes. The broth didn’t need much seasoning because the wontons themselves are bursting with flavour — a very cilantro-based flavour, so I’m really lucky that none of us have that gene that makes cilantro taste like soap. And that was that!