I know this isn’t the kind of thing that I usually write about, but as this is a public venue, and I figure that I should take advantage of it as such. I wanted to say a big thank-you to the fire fighters at Fire Station 54 in Blackburn Hamlet. 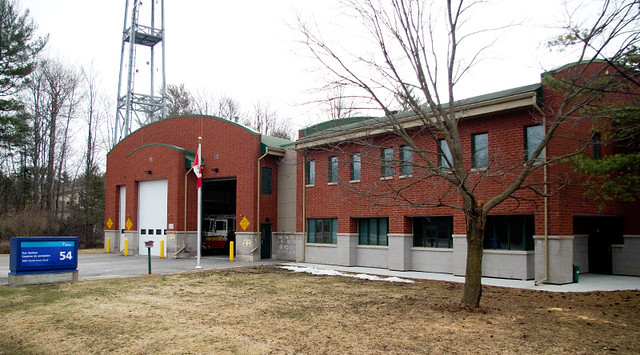 You see, Thing 1 needed a picture of a fire station for a poster board that she was preparing for a presentation to her Girl Guide group. Instead of photocopying something out of a book or printing something she’d found online, I suggested that we take a drive and visit an Ottawa fire station. She was dubious at first, but then she was persuaded that first-hand reporting would be more impressive for her presentation. 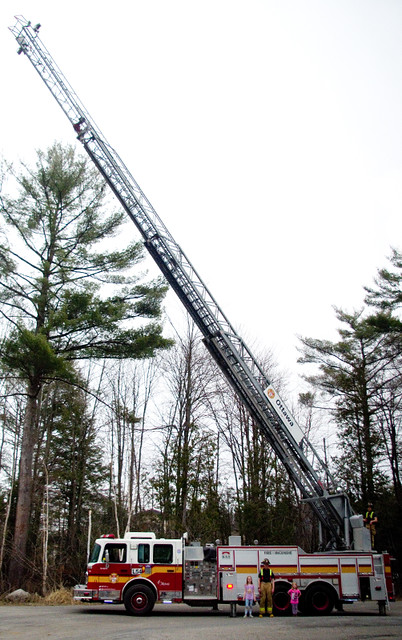 So we drove out to Fire Station 54, where two fire fighters were in the middle of parking a truck on the side lot. I asked if I could take a picture of the truck with my good camera for my daughter’s project, and they were more than happy to comply. Then they suggested that Thing 1 and Thing 2 get a chance to sit inside the driver’s seat, then check out the inside of the cab and ask questions. Then the fire fighters offered to set up the outriggers and extend the ladder so the girls could see how high it goes (about five stories, apparently). 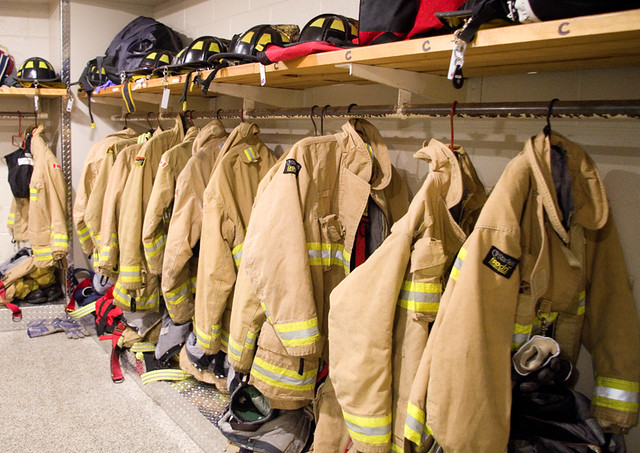 After they put the ladder away, the fire fighters suggested that the girls go on a brief tour of the station. They got to see the garage, the fire fighting suits, the dispatch room, and most importantly to the kids, the fireman’s pole (which is, in the case of this particular station, located in its own closet). 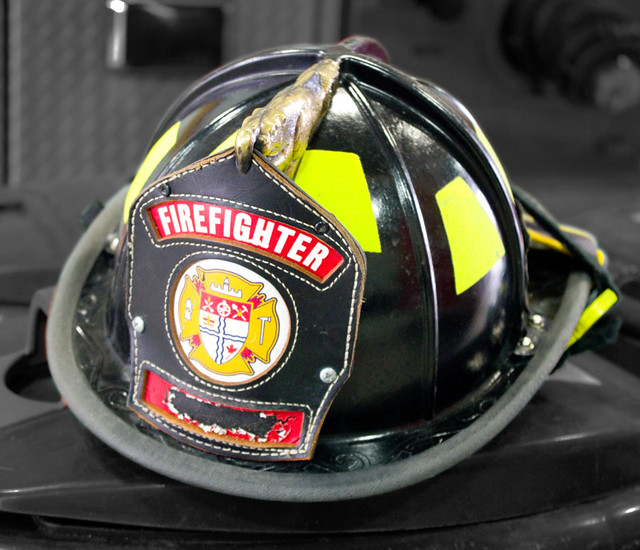 I have lots of reasons to respect fire fighters. I mean, they’re heroes, both to the community and to me personally. On July 16th, 2012, I almost lost my little brother to a house fire caused by an electrical fault in a nearly-new air conditioner. Although he did manage to get out of the house on his own, the fire fighters had to contain the fire and put it out. So I have a lot of personal respect for them as well. But now, after my kids were treated so nicely, our local fire fighters have made a great impression on our family. Honestly, Thing 1 is super pumped about the whole experience and now she wants to be one when she grows up. To this I say: work those muscles, girl, you’re going to need them!