Last winter I had the chance to visit Hamburg, Germany for a week while my husband was there on business. My husband’s mother’s side of the family is German (although not from the Hamburg area), and I thought it would be a great chance to experience first-hand the culture in which she was raised. After all, my children share that side of the family’s German heritage. One day they will want to know more about where they come from, and I think it’ll be better if I know a bit more about it myself. 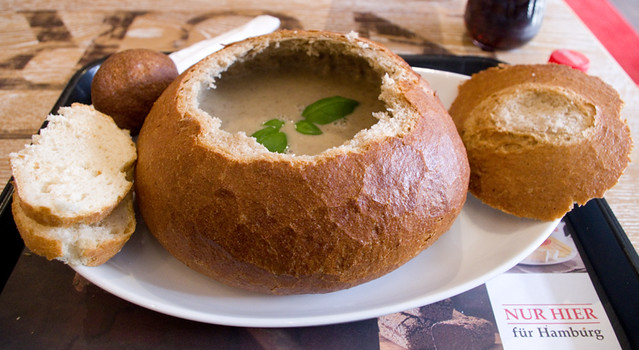 Cream of mushroom soup in a bread bowl.

One of the things I loved about Germany was the food. German food has a really bad reputation, if you ask me. Yes, it was hearty fare, but I was there in the winter and I found it hit the spot after wandering around in the cold. I especially liked the proliferation of bakeries. They seem to be on every corner, and they all serve delicious food. I especially liked Nur Hier (which translates to “only here” according to Google). There was a Schanzenbäckerei (“bows bakery”?) across the street from my hotel, which was great convenience-wise, but I made a point of walking further to Nur Hier because their food was that much tastier. 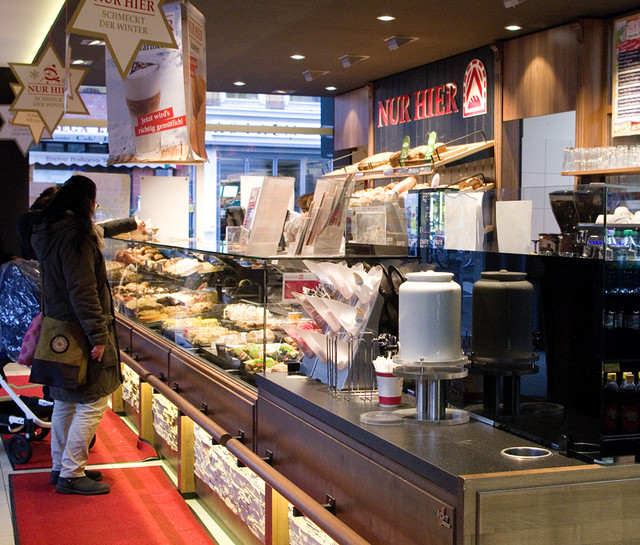 Of course, when I got back home to Canada, there weren’t any good German bakeries to be had. No German bakeries in Ottawa at all, so far as I can tell. Although the local grocery store has a few varieties of German bread, it’s nothing compared to the fresh café fare that I enjoyed overseas. So I decided to try my hand at making my own bread. I picked up World Breads: From Pain de Campagne to Paratha by Paul Gayler (2006) at a thrift shop on a whim a while back, and inside (page 19) there’s a recipe for German Beer Bread. 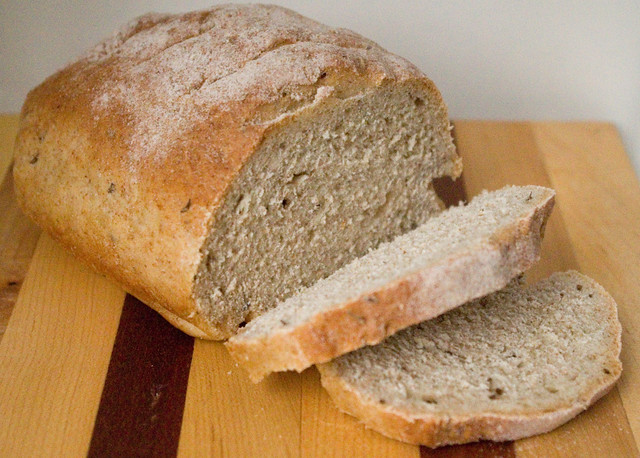 It turned out pretty well considering it was the first proper loaf of bread I’d ever made on my own. Sure, it wasn’t symmetrical, but it was tasty and paired well with lunch meats and cheese. It’s a light rye with caraway seeds, which is more or less what I’d buy at the grocery store, but so much fresher because it’s homemade. Baking it also made my house smell absolutely wonderful. This is one recipe that I know I’ll be making again.