A lot of my inspiration for learning how to cook “gut bürgerliche Küche” comes from my trip last year to Hamburg, since I wasn’t exposed to much German cuisine when I was growing up. Hamburg is a port city, and as such a lot of their food features ingredients from both the sea and from their trading partners. What North Americans may consider to be traditional German food tends to be Bavarian, which is both further inland and further south — and much different in both ingredients and flavour.

Of course, since we were staying in hotels, we never had a chance for a truly home-cooked meal. But I thought I would put the photos of some of my meals up here to act as future inspiration in my personal challenge to become more competent at cooking German food. 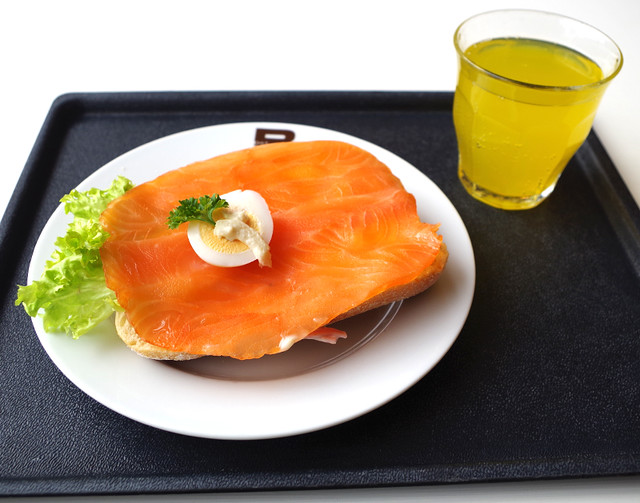 Breakfast at Dat Backhus, Lange Reihe 29, 20099 Hamburg, Germany. What I believe was smoked salmon and pickled egg on a half of a bun. There was some kind of mayonnaise concoction between the fish and the bread. 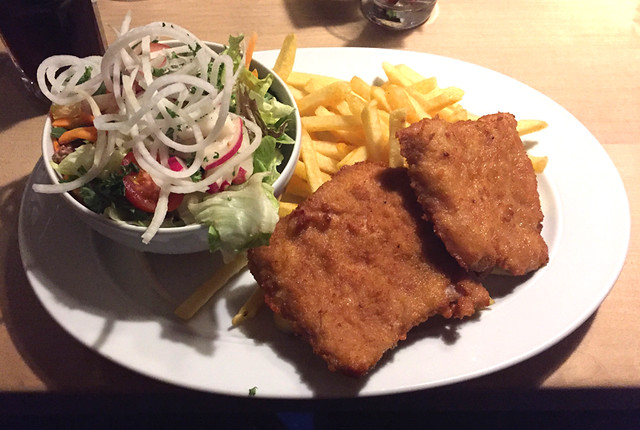 My dinner at a German pub on Lange Reihe. I had breaded and fried fish, fries, and a salad. 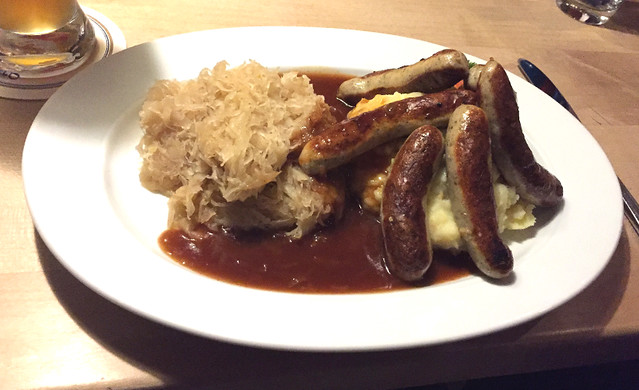 My husband’s dinner at the German pub. He had sausage and gravy, mashed potatoes, and sauerkraut. Breakfast at Stadt Backerei (City Bakery), Lange Reihe 52, 20099 Hamburg, Germany. The bun on the left held a mix of salad shrimp and mayonnaise. The one on the right was scrambled eggs and bacon. 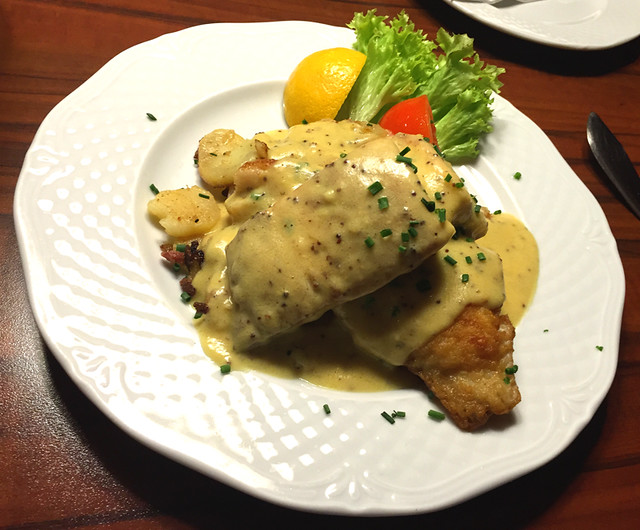 My husband’s fish in cream sauce at a restaurant right off of the pier and Landungsbrücken station. 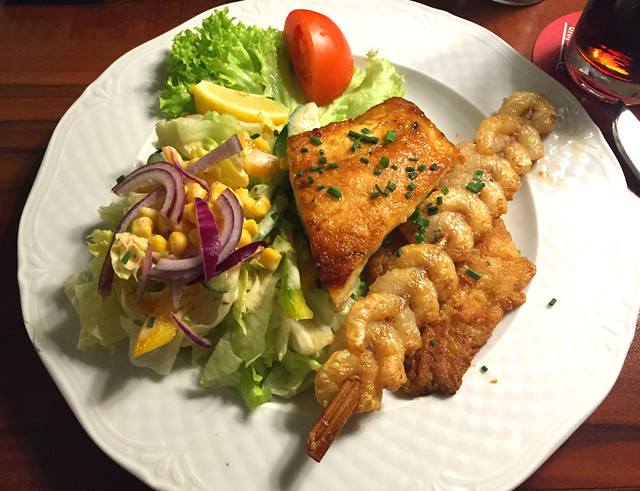 My fried fish sampler and salad at the same restaurant. 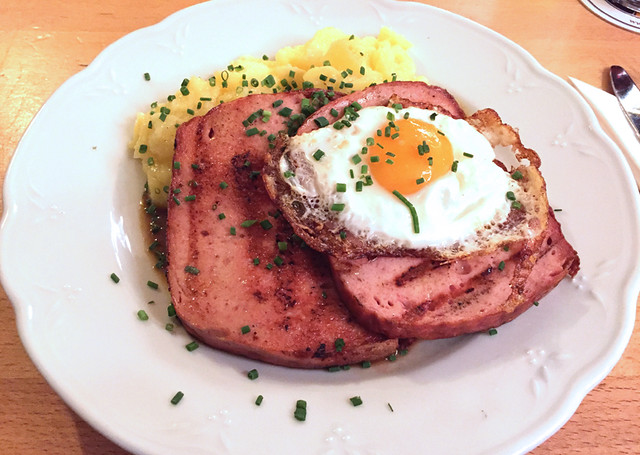 My meatloaf (possibly Leberkäse?) that I ate at a restaurant in Berlin. Honestly, this was the only dish that I truly disliked during my trip. It tasted over-preserved and reminded me way too much of canned meat. 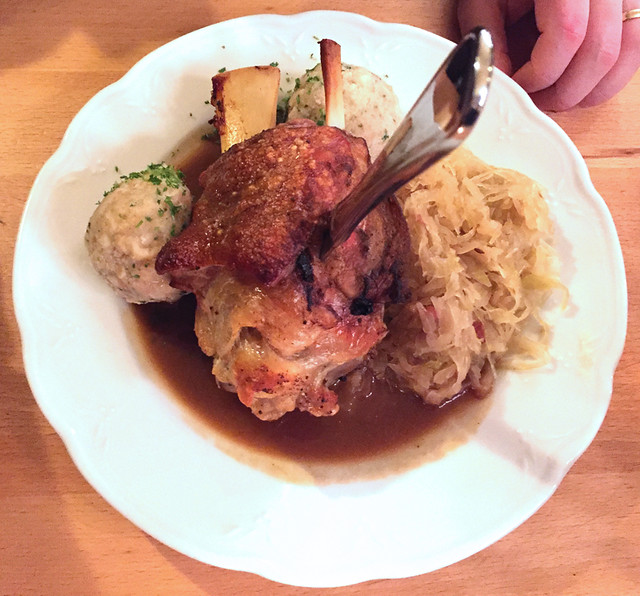 My husband, on the other hand, ordered pork knuckle from the same restaurant in Berlin, and it was absolutely delicious. I want one of my own sometime! 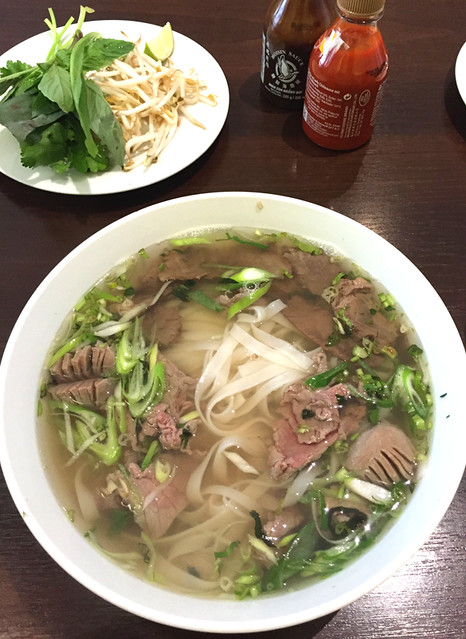 Hamburg Pho at Pho Duc, Steindamm 103, 20099 Hamburg, Germany. The noodles are wider than I am used to for pho. What makes it a Hamburg specialty? Apparently beef meatballs, fresh beef, and braised beef slices. It was very tasty. 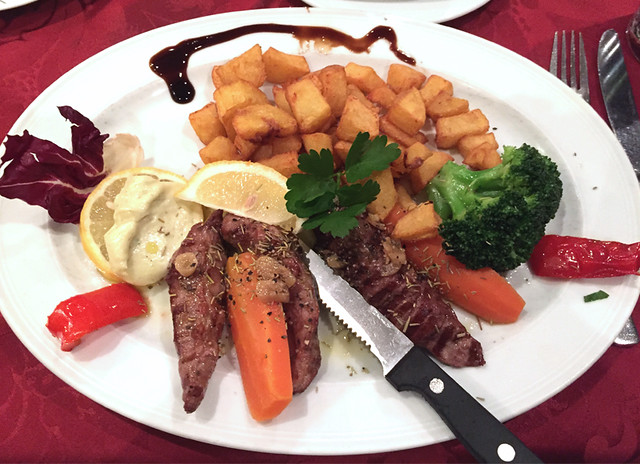 My steak and potato dinner on my last night of the trip was at a higher-end restaurant, and it was delicious, although I don’t think it really counts as typical German food. I believe the restaurant was actually Mediterranean.