This past Friday was Saint Patrick’s Day, and although I baked Guinness Yeast Bread to celebrate, I also needed to plan something for dinner. I thought a hearty Irish stew might be nice. I went through my cookbooks for something appropriate, but I didn’t find anything quite right. I searched the Internet and found a great recipe: Beef and Guinness Stew by Chef John at Allrecipes.com. 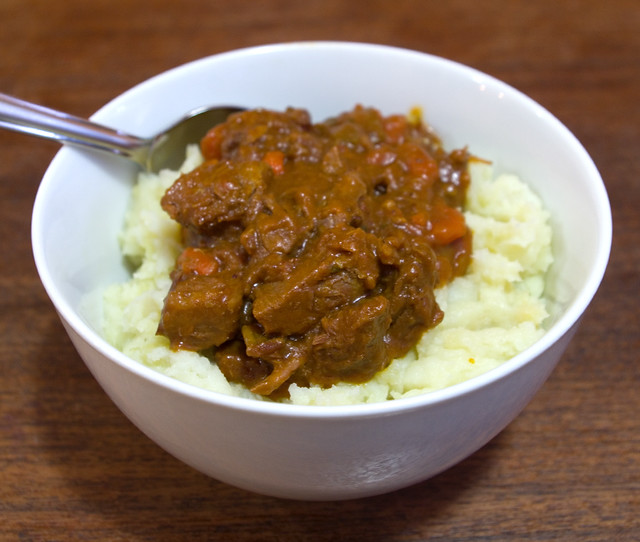 It didn’t have nearly as much broth as the stews I’m used to; it was really more like meat and gravy than a stew. That being said, it was absolutely delicious, and went well served atop mashed potatoes. Everyone in my house finished theirs down to the last drop, which is quite the compliment. (Trying to find something that everyone in this house likes is quite challenging.) I mean, it starts with bacon, and the next step is to fry the beef in the bacon fat. There’s your flavour right there. I would definitely make this stew again, probably next time beef roasts go on sale. 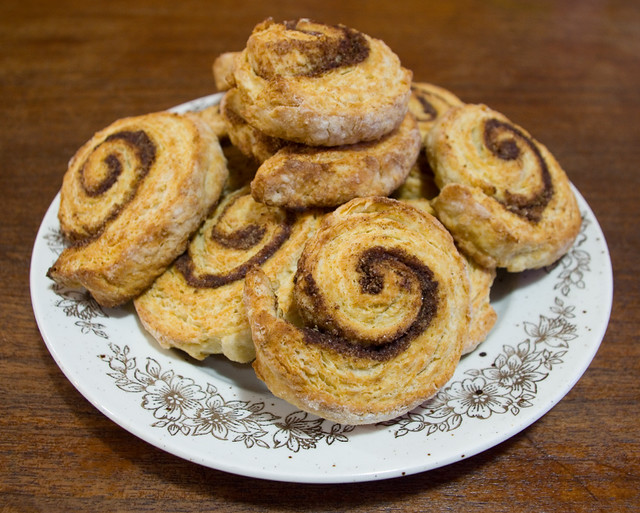 I also figured that a special occasion dinner required dessert. I made the cinnamon roll variation of my Dad’s Biscuits recipe. They’re not really Irish, I guess (from what I’ve read, cinnamon rolls were invented in Sweden), but at least the base of the recipe is baking soda biscuits, which is kind of like soda bread… Right? Ah well, there’s no rule that says I have to stick to a theme. Because of the extra sugar in the cinnamon rolls, they brown up very quickly, so don’t expect them to be as light-coloured as the original biscuits. They’re delicious warm from the oven, spread with a dollop of butter or margarine. If you can’t get them fresh, zap them in the microwave for 15 seconds or so to warm them, then butter.