Because maple syrup is, well, a syrup, most people think of it first in sweet dishes like candy or fudge or cookies. However, it does add a fantastic note to savoury dishes as well.

One of the simplest recipes of which I have eaten a great deal — first prepared by my mother, later by me — is Maple Mustard Glazed Salmon from Jo Cooks. It’s basically four ingredients mixed together and poured over salmon, then baked. It’s delicious enough to serve at a dinner party, but quick enough to whip up as a busy evening meal. Maple goes well with mustard; not too surprising, really, given that honey mustard has a similar flavour profile and has been a grocery store standard for years. 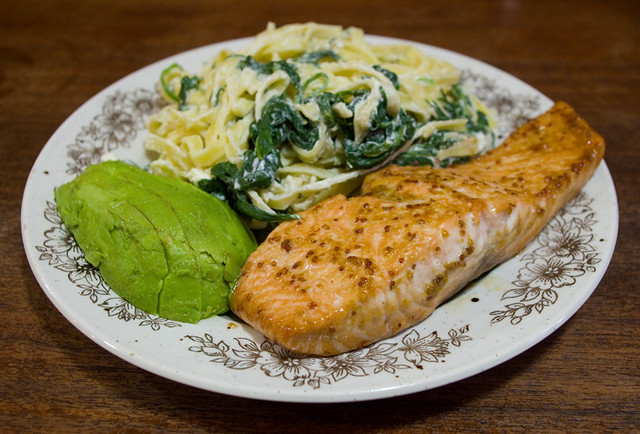 Yesterday I served the salmon with one of my favourite last-minute dishes: fresh linguine (although you can use any kind of pasta, fresh or dried) with cooked spinach, cream cheese, and a little salt and pepper. I also added half an avocado on the side; my kids will eat avocado by preference over just about any other fruit or vegetable. 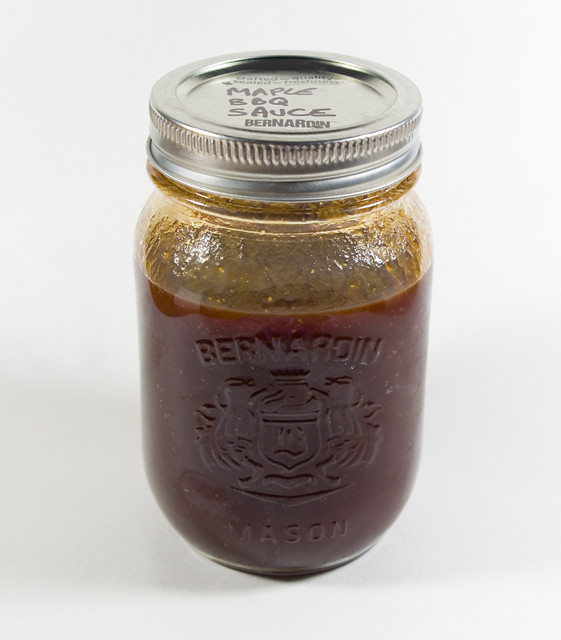 Maple is also great as part of a barbecue sauce. Lots of commercial sauces, such as Diana Sauce (a Kraft product) and President’s Choice, come in a maple variant. But it’s really easy to whip up one of your own! There are many recipes available online, but I am particularly fond of the no-cook Maple Barbecue Sauce on page 238 of The New Canadian Basics Cookbook (1999). It’s tangy, sweet, and just acidic enough to tenderize a tough steak if left to marinade. I wanted to fire up the grill and use this sauce yesterday, but the chilly downpours and the snow still freezing the barbecue cover to the ground made this inadvisable. I am sure that my jar of sauce will get a good workout over the coming months.