Well, my garden definitely doesn’t grow with silver bells, and cockle shells, and pretty maids all in a row. I mean, outside of the historical explanations, the plants in the “Mary, Mary, Quite Contrary” nursery rhyme were all flowers, and I’m just not that big into flowers. I love to look at a beautiful flower garden, no question, but when it comes to growing my own plants, I prefer something that I can eat. Although last year I did grow a bunch of nasturtiums, which serve both purposes; both the flowers and the leaves are edible, and the leaves make a lovely, slightly-peppery pesto. 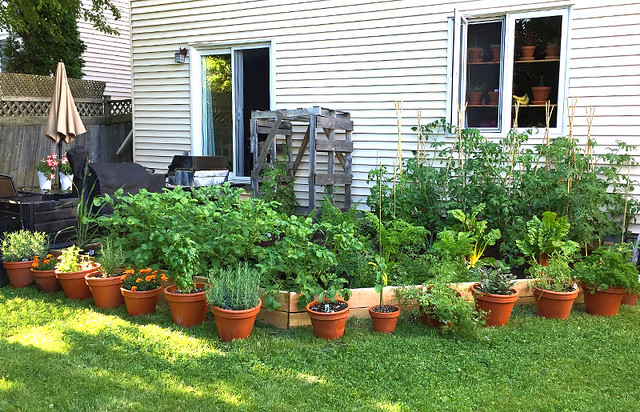 This year I skipped the nasturtiums, as well as my usual crop of pumpkins. I usually plant my pumpkins along the fence line, but this year we were supposed to get a new fence installed, and I knew that the installation would kill the delicate vines. Now the installation has been delayed until September (much to my great frustration), but I’m still kind of glad that I didn’t plant any gourds this year. It has been an incredibly wet summer so far (I’ve only had to water the garden once), and with all that water comes earwigs, which will eat all the fruit from a squash vine before it has the chance to grow more than a few centimeters in diameter. 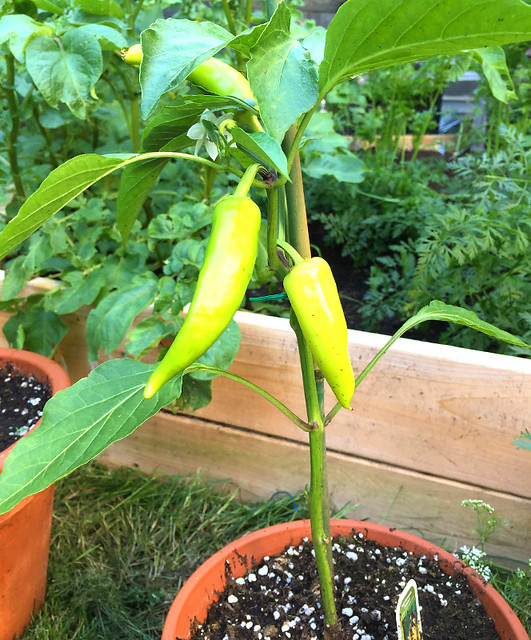 Banana peppers were a late addition to my garden, but they are growing well despite the cooler summer we’re experiencing. Any hot peppers that I grow this summer will be incorporated into hot sauce come fall, which I can and then save to give out at Christmas. 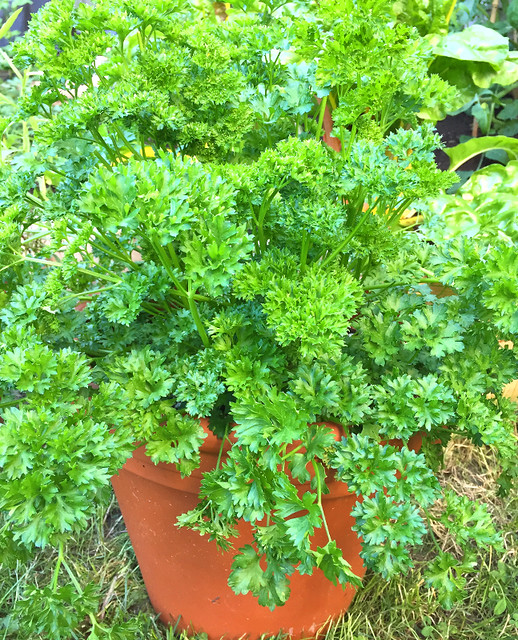 My parsley, even more so than my other herbs, is trying to take over the world — which is why I plant herbs in pots instead of directly in my garden. After my successful attempt at tabbouleh the other day, I have a feeling that this plant will become our main source for this dish this season. I think I’d prefer a higher ratio of parsley to bulgur next time, so the plant will be used up even faster, unless its growth rate increases. Herbs generally fare better with pruning, so it could happen. 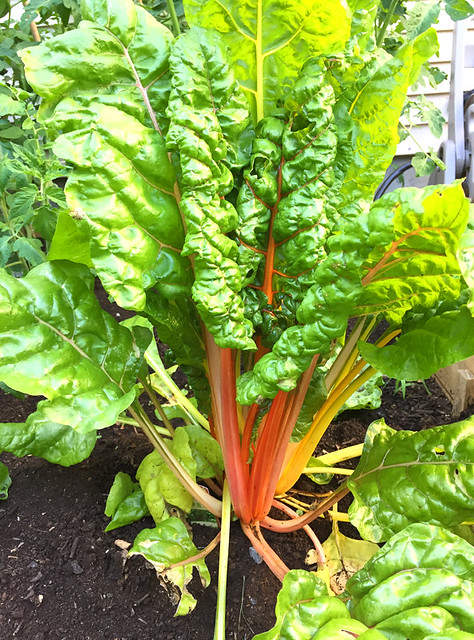 My Swiss chard is coming up nicely. I’ve never actually grown this plant before, but I was inspired by my friend’s garden last year. The rainbow colours of the stems are gorgeous. I made pickles of the stems last year, and much to my dismay the colour leached out of the stems into the pickling liquid over time, leaving the stems a pale, flaccid cream colour. What a shame. Maybe this year I will freeze the excess stems instead to saute or steam at a later date. 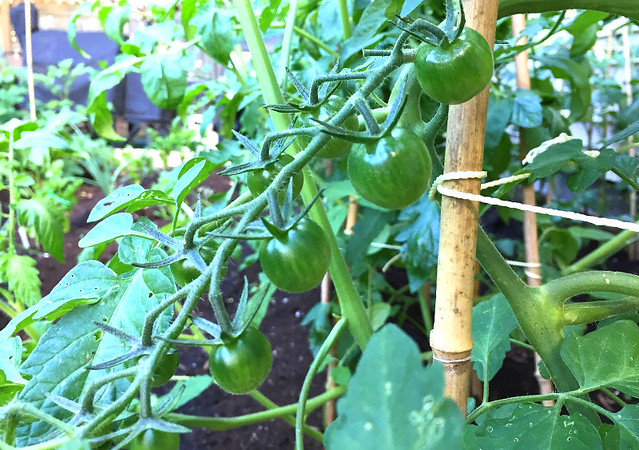 My tomatoes are coming up nicely, although I think that they, along with the rest of my garden, could use a few more sunny days. Some of the plants are almost as tall as me, although their yield so far seems lower than last year. 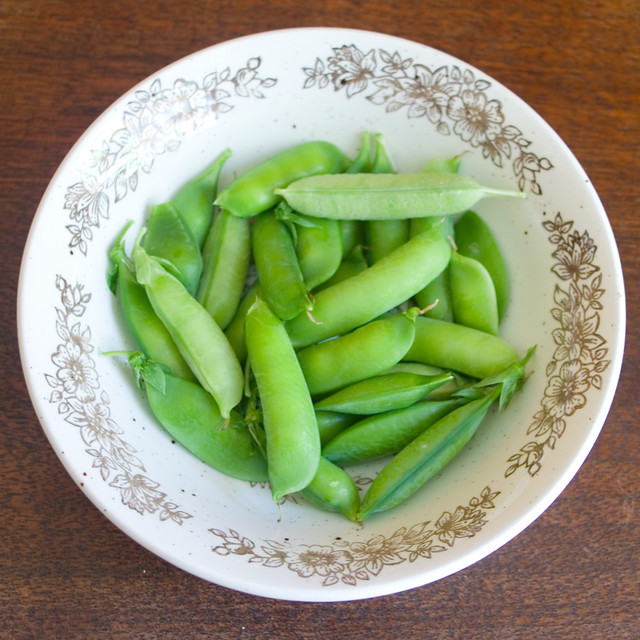 Oh, and we’ve already had our first harvest! It was just a small handful of peas, but they were quite delicious according to my children, who were very happy with their haul. The girls really like being able to wander into the yard and pick food directly from the plant. My response when they ask me to do so is invariably yes (so long as the food is ready for harvesting). I really have no complaints if they want to eat more fruits and veggies.

One thought on “How Does Your Garden Grow?”