According to Wikipedia, the Canadian province of Ontario contains approximately 250,000 lakes annd 100,000 plus kilometers of rivers. This means that about 1/5 of the world’s fresh water is in this province. So I guess it should come as no surprise that many people raised here spend a lot of their recreational time out at “the lake” or “the river”. A lot of us learn to fish from a very young age, which is funny when you realize how few of us ever actually catch enough to cook even a single meal. 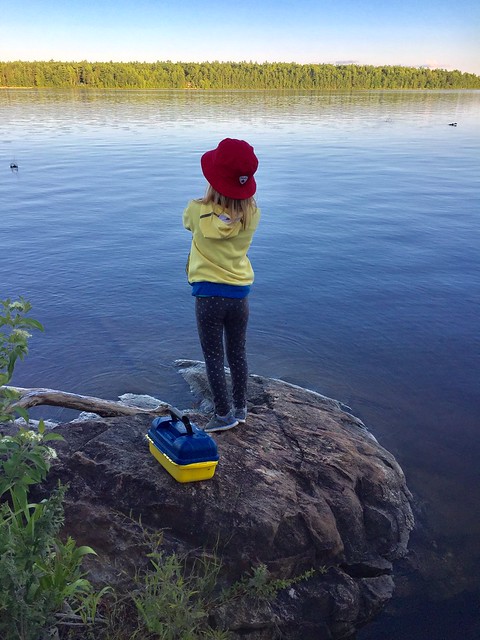 My father started taking me fishing when I was about five years old, so you’d think that that would mean that I’m an expert by now. Not even close. I mean, I can go fishing in a shallow, weedy area using a spinner lure and worms as bait, and I can catch yellow perch, northern sunfish, and pumpkinseed sunfish like there’s no tomorrow. But I was always taught that, except on those rare occasions where you get a huge specimen, it just wasn’t worth it to take these fish home for dinner. I’ve also caught some monster pike, but they’re not good eating unless you’re truly desperate, as they are slimy, bony, and difficult to clean. Upon occasion, I’ve caught decent-sized walleye and carp, but only in waterways adjoining major cities that I consider too polluted for safe eating. 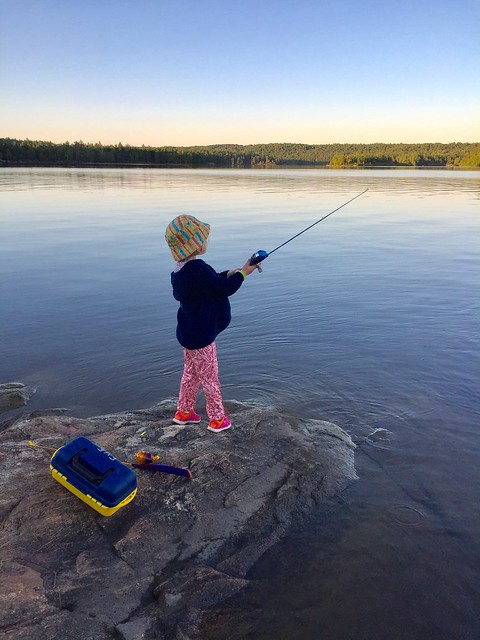 Only in the last few years have I become truly interested in eating the fish that I catch; before that it was 100% catch-and-release. The prize fish for eating around here are smallmouth bass, largemouth bass, and trout, with the latter being the most desirable. Of course, this means that this year so far I’ve only caught the one smallmouth bass, which started flopping on the line while I was trying to get a picture and somehow broke my wire leader (which I attached to my line on the off chance that I’d catch a pike, which can bite through a normal line). No, the metal did not snap; the ferrule securing the wire loop slipped open, and not only did the fish get away, it took my lure with it! So that means that really, this year so far anyway, I have been skunked for edible fish. How demoralizing.

It’s still a lot of fun to fish though, especially with my kids. Thing 1 prefers to root through her tackle box and sort through her lures rather than fish. Thing 2 generally alternates between running along the shoreline and seemingly trying to hook herself with her wildly-cast lures. Even so, we have a great time. I’m lucky enough that my lack of fishing success doesn’t mean that my family will go hungry, so we have the luxury of being pretty terrible at it but enjoying ourselves anyway.