While at the cottage, I decided that I should make the bread that everybody would be eating. I started off with a few loaves of crusty white breadmaker bread (yes, I brought the breadmaker to the cottage, we weren’t roughing it by any means). Then I got tired of that and decided to whip up some marbled pesto bread from page 142 of Bread Machine: How to Prepare and Bake the Perfect Loaf (Jennie Shapter, 2002). 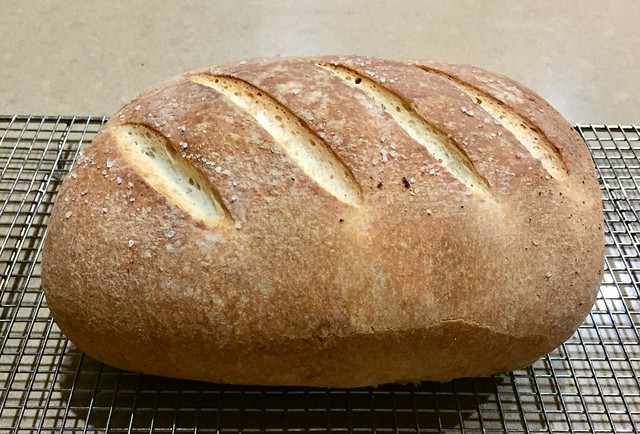 I made this bread a little while back and it was an instant hit, so I had to bake it again. This time I cut back the salt on the topping from 2 tsp to 1/2 tsp, which produced a flavour I much preferred. I also didn’t have an appropriately-sized loaf pan at the cottage, so I had to improvise and use a large roasting pan, which the loaf sat inside with room to spare, never touching the sides. This is how I ended up with a more “cottage loaf” look. It still cooked through properly and tasted great, which is what really matters. 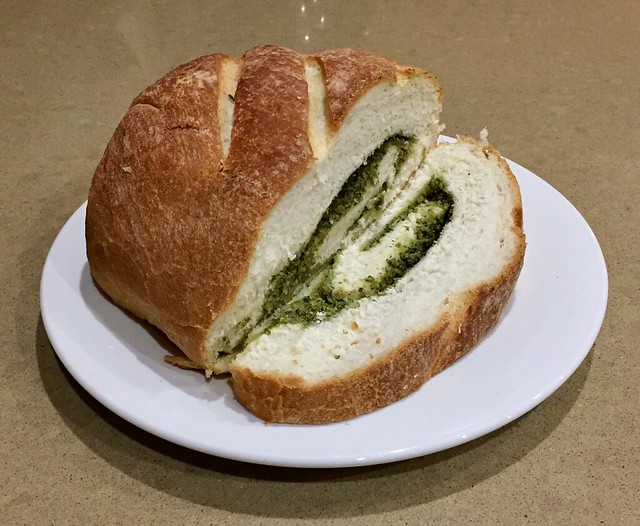 The filling I used this time was nasturtium-leaf pesto, which isn’t quite as oily as garlic scape pesto, and has a slightly peppery kick. It was a different flavoring, but very tasty. 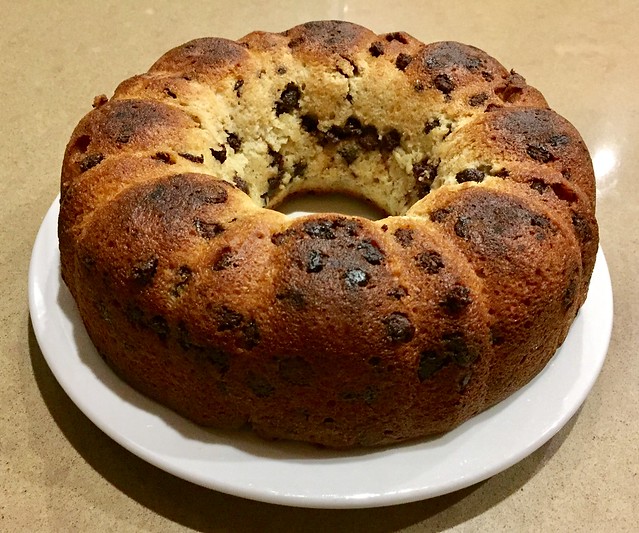 As a treat, I whipped up some banana chocolate chip bread while the pesto bread was rising. I just added a bag of semi-sweet chocolate chips to the banana bread cockaigne recipe from the Joy of Cooking app. I baked it in a silicone bundt pan that belongs to the cottage, and though I wasn’t terribly happy with the heat distribution in the pan, it still turned out rather tasty. The kids are it up as fast as I’d let them.

One thought on “Cottage Bread”