I headed out to IKEA the other day to pick up some cheap picture frames. Of course, I bought the wrong size and now I have to make a return trip, but that’s another story. As I often do, I browsed the “market” on the way out for new foods I have yet to try, and I was not disappointed. 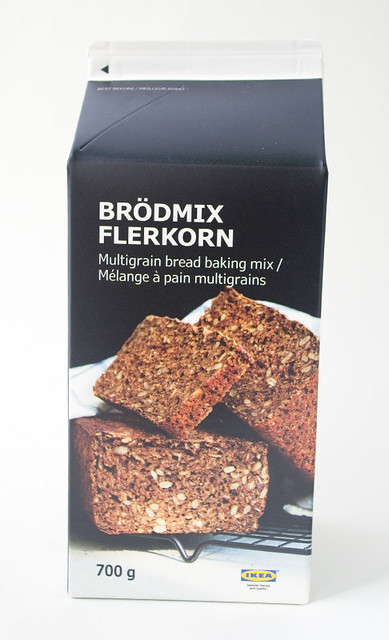 The first thing I found that was new to me was Brödmix Flerkorn multigrain bread baking mix. I had previously made their lemon muffin mix and chocolate muffin mix, which are packaged similarly in a milk-carton-like container. Like the muffins, the bread mix is a “just add water” type, but this time the instructions specify warm water (to activate the yeast). This mix is vegetarian/vegan, which makes sense as it’s easier to keep foods without eggs, dairy, or milk shelf stable. 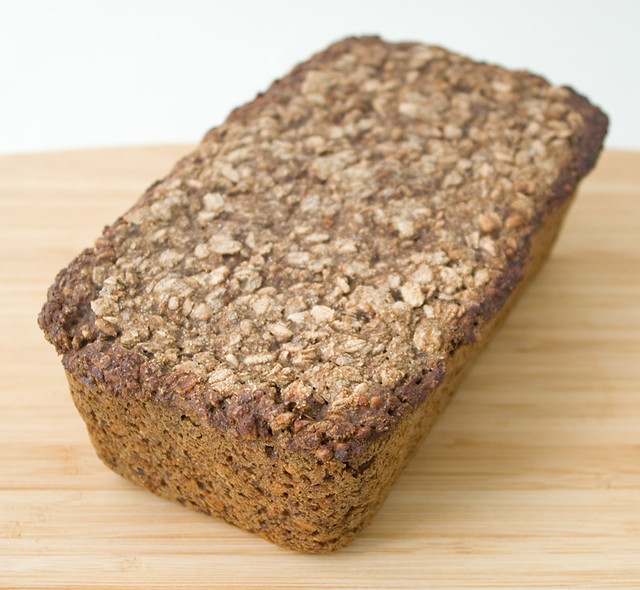 The bread mix turned into a lovely, heavy loaf that pairs well with cheese, sliced meats, and eggs. The bread is very dense as it is filled with sunflower seeds and contains rye flour and barley malt in addition to wheat flour. This was honestly the easiest bread I have ever baked: just add water, shake, pour into a greased pan, allow to rise, and bake. No kneading! Even if you’ve never baked bread before in your life, you’d be able to make this stuff.

The second item I picked up was Kalles Kaviar, which is a creamed smoked fish roe from Sweden. I’ve seen this in the fridge at IKEA many times, but I’d never gotten around to trying it until now. I like all kinds of fish roe, so I figured that I would like this. And overall it was pretty good, with that lightly fishy taste that I’ve come to expect from fish roe… But it was also really, really salty. Possibly too salty for me. 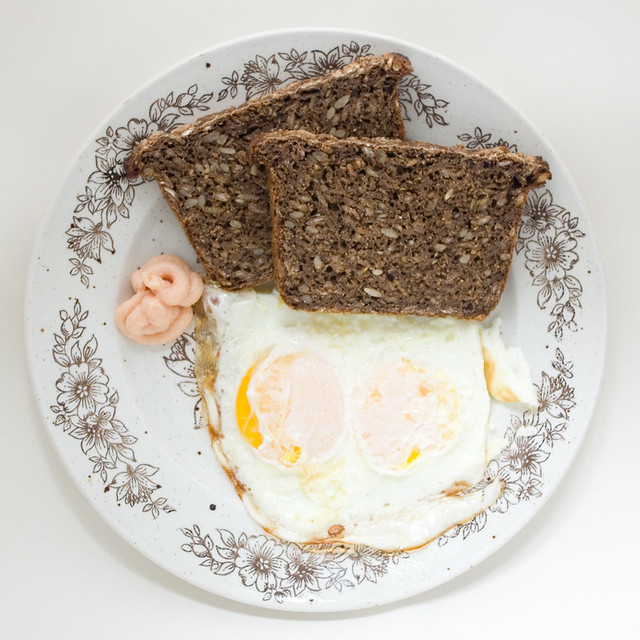 Not to be deterred by a first experience, I Googled to find the typical way that Kalles is eaten. Apparently the most common way to eat it is with dark rye bread with seeds (which I oh-so-conveniently had just made) and eggs for breakfast. Now, I made my eggs sunny side up instead of soft-boiling them, but I figured the flavour would be pretty similar. And do you know what, just a little bit of the kaviar with a mouthful of toast and eggs is a great combination. It’s still awfully salty, though, so if you’re not used to it, I recommend eating it only in small quantities.