This past Friday I went thrift shopping with a friend of mine, and we must have spent at least an hour going through shelf after shelf of second-hand books. In addition to finding a stack of books for my girls (classic Nancy Drew mysteries for my eldest and Garfield comic books for my youngest), and a number of vintage copies of the Serendipity series for my friend, who collects them. For me, I found another copy of the Joy of Cooking (2006 edition) that I plan on gifting one of my girls when she eventually moves out — or I will use to replace my own copy should I ever dump a cupful liquid in it. What made me most excited, though, was: 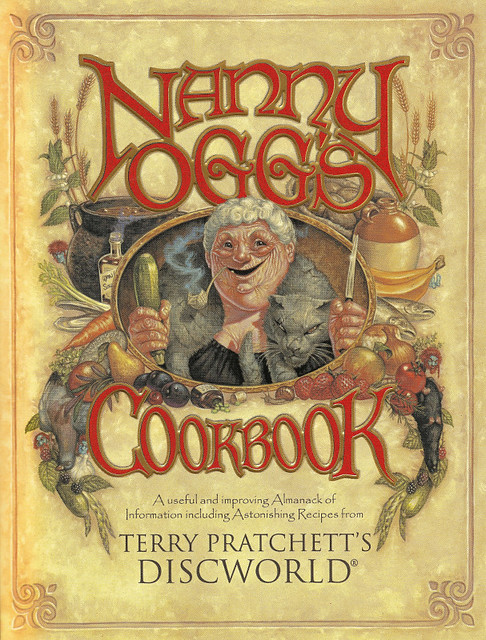 Nanny Ogg’s Cookbook (Terry Pratchett, 1999), which is a “useful and improving Almanack of Information including Astonishing Recipes from Terry Pratchett’s Discworld”. As my ComicCon costume of Discworld Death probably hinted, I am a huge fan of this series of books. I’m currently loaning my copies out in the hope that my friends will want to do a group costume next year. I am looking forward to trying such recipes from the book as Sticky Toffee Rat Onna Stick (page 98) and Nanny Ogg’s Perfectly Innocent Porridge with Completely Inoffensive Honey Mixture Which Shouldn’t Make Anyone’s Wife Laugh (page 70). Honestly, the book is more of a hilarious commentary than an actual cookbook, but I do hope to try out some of the recipes just for fun. 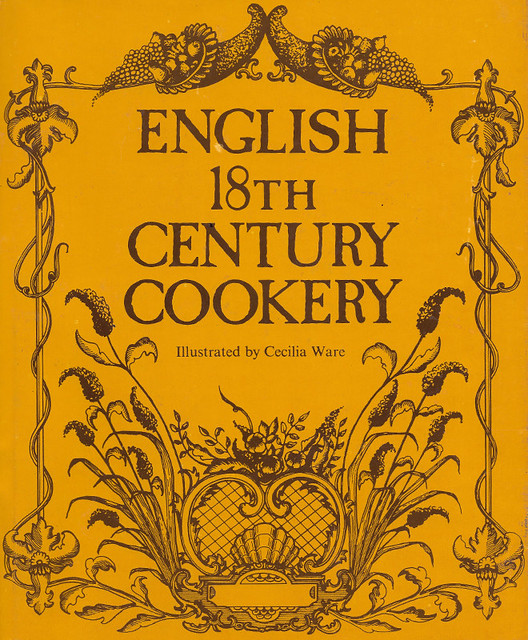 I also picked up English 18th Century Cookery (Roy Bloom, undated but online research indicates it was first printed sometime in the 1970’s). I look forward to going through the book and recreating what recipes I can, which will be a challenge because, well, as per the foreward:

Many [of the recipes] are still favourites today, yet others have somehow been forgotten. Certainly the quantities are often overwhelming, the directions not always precise and indeed sometimes the ingredients are not suitable for present-day use. Nonetheless the able cook need not be disheartened — commonsense and a little imagination are all that is required to adapt some of these ideas into delicious realities.

The contents of the book are much older than the printing date, as they originate from an 18th-century household library. Luckily there is a glossary, as some of the terminology is no longer in use, and the Net will help me fill in the other blanks. Some substitutions will have to be made, since a number of the ingredients are no longer in common use, and others aren’t available outside of England. Updating recipes from this book looks to be an interesting challenge that I hope I am up to!

One thought on “Second-Hand Cookbook Finds”