This coming Saturday I’ll be hosting my annual family Halloween party, and I am currently in full-on party-prep-panic mode. Half of the interior decorations aren’t even up, the house is in a desperate need of a cleaning, and I still have all kinds of food to make. However, I recently treated myself to a few new cookbooks, which happily arrived in the mail just in time to make some of the dishes for the party. 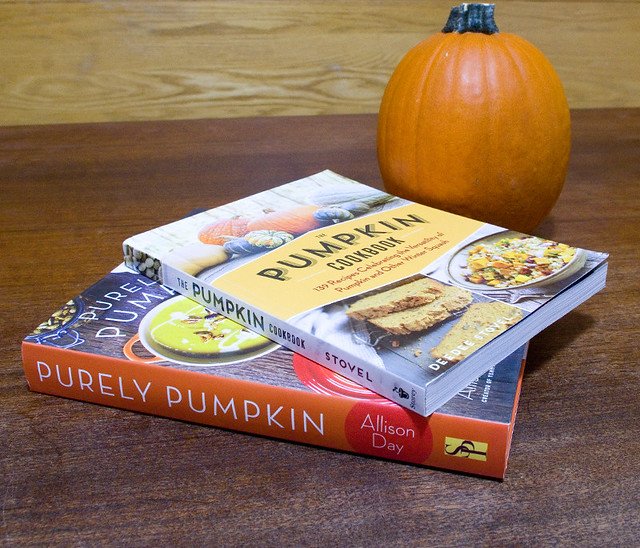 Those books are Purely Pumpkin by Allison Day (2016), and The Pumpkin Cookbook by Deedee Stovel (2017). I’ve been taking Purely Pumpkin out of the library on a regular basis ever since it was published, so I figured that it was high time that I actually go out and get my own copy. I’ll admit that The Pumpkin Cookbook was one of those, “people who liked this book also liked” kind of suggestions, and I thought that yes, I would probably like this one too. Even if I don’t use these books for party food, I know I’ll need them next week after Halloween when I’ll have a bunch of big Jack-o’-lanterns to turn into food before they rot. 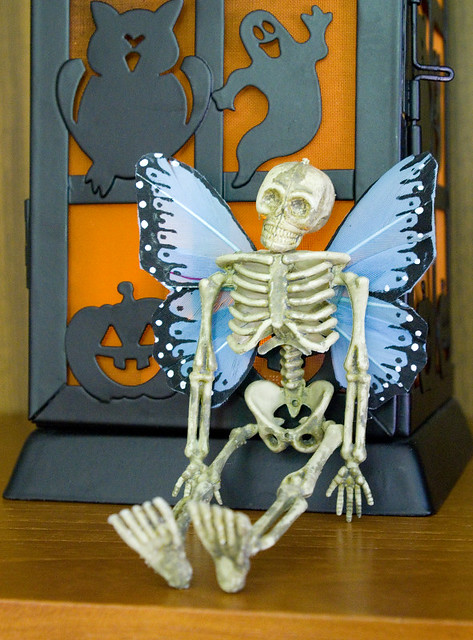 I also took a few minutes out of my hectic day to make a few fairy skeletons. There’s a great tutorial for a Fairy Skeleton Candle over on Epbot, but when I tried to stick my fairy onto an artificial candle, it just wouldn’t stay. Serves me right for buying one of those fake candles that’s supposed to look real because it has real wax on the outside; in retrospect, I should have known that glue wouldn’t stick. I still like the skeleton fairies (I made three), though, and I’ve used them to help decorate my house. They were super-easy to make and my kids thought that they were great. Honestly, it took longer to source the tiny skeletons for a reasonable price (no way was I paying $5.00 apiece like they wanted at one shop — I got these ones at Dollarama, originally attached to a plastic chain) and to find faux butterfly wings (Dollar Tree) than it did to make the actual craft. Total cost for three fairy skeletons: $2.50 plus tax. Not bad!

One thought on “Preparing for Halloween”