Last night I had an urge to make pouding chômeur (“poor man’s pudding”), which is a kind of upside-down maple syrup cake that is baked with its own sauce. I wanted to use some of the lovely dark maple syrup that I picked up from McCannell Craftwork at Russell Flea over the weekend. Sadly, a copy of Anita Stewart’s Canada (2008) wasn’t immediately available at the library, and I haven’t yet bought a copy (although it’s down to $15.00 online so I really should), so I didn’t have access to the first recipe that I used and liked so much. Instead, I grabbed a few cookbooks with their own versions of a pouding chômeur recipe from the library, and then I went home to pick my favourite. 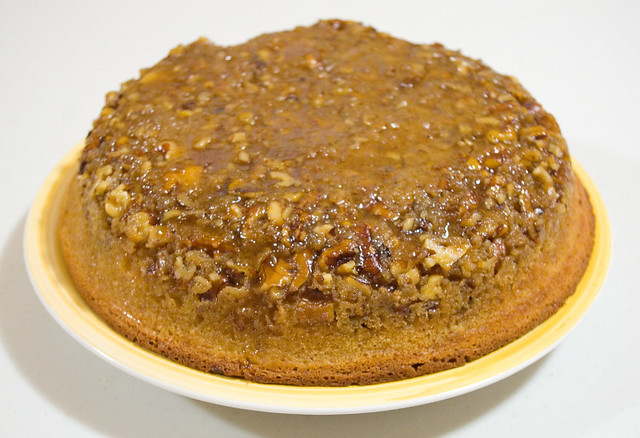 I thought that I had all of the ingredients at home, but it turns out that some of them had spoiled, so I had to improvise a little bit. I ended up combining the recipes from two different books. The final cake ended up being a little bit drier and with a sauce that wasn’t quite as runny as I’d been hoping. It was pretty darned good anyway. 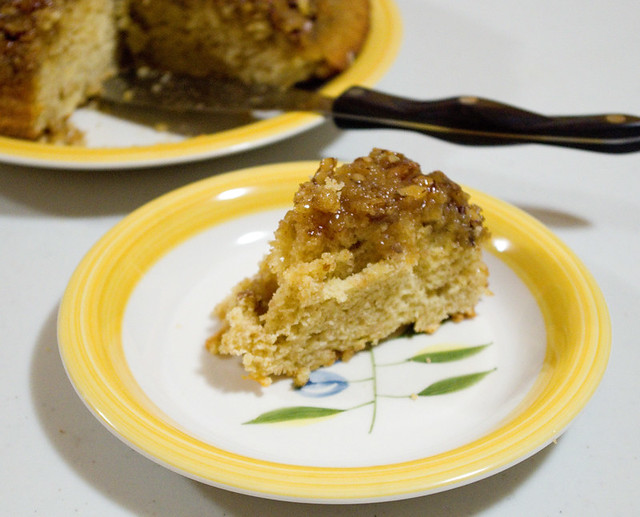 Unfortunately, I found that the walnuts really overpowered the maple flavour, much to my dismay. Although it was a tasty dish all in all, I was really looking forward to that creamy maple syrup sauce dominating. I think I’ll stick to a more simple pouding chômeur recipe next time, whether it be from Anita Stewart’s Canada or another source.