I’m trying to get back into the groove of cooking proper dinners instead of ordering in or reheating frozen, packaged stuff — neither of which I have a problem with on principle, really, but it gets rather unhealthy after a while if that’s all you eat. Now that the con is over with, I actually have the time to cook again. Sadly, I’m still fighting off one heck of a cold, so I’ve had to keep it simple. 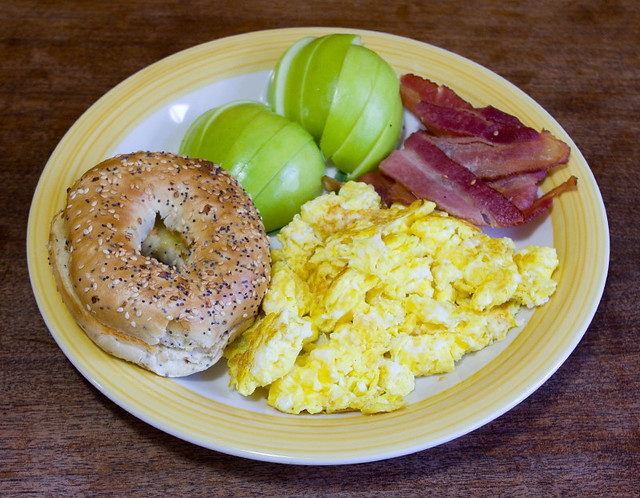 For Monday’s supper I whipped us up a quick batch of simple bacon and eggs. As usual, half the people in the house wanted them scrambled, and the other half wanted them over easy, so I had to make two batches. Everyone’s was served with an all-dressed, toasted bagel and a sliced apple. 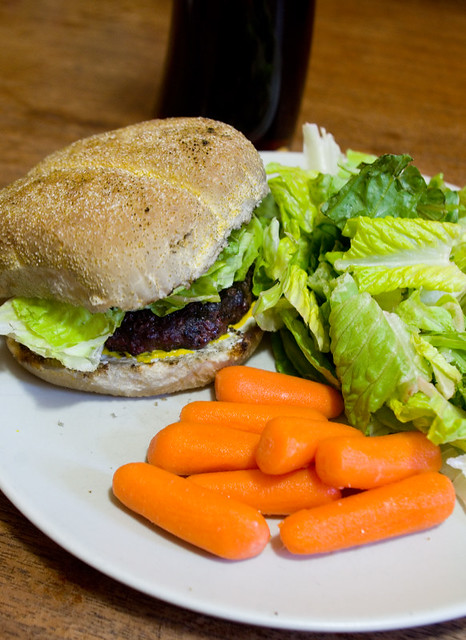 For Tuesday’s dinner I decided to take advantage of the nice weather and fire up the grill outside. I basically just threw some burger patties on the barbecue and, once they’d cooked up nicely, served them with a romaine lettuce salad (I can’t really call it a Ceasar because everyone likes different dressing) and baby cut carrots. Despite their charred appearance, the burger and bun are not burned in the slightest! I think we’re going to have to change what kind of wood pellet we use, because the ones we have right now create a lot of smoke — which is great for the flavour, but turns everything black very quickly. There has to be a happy medium here somewhere. But I’ll be using the pellets we already have until they run out, so our grilled dinners may be black for a while yet. At least they’re tasty!

One thought on “Keeping It Simple”