I kind of want to show the pictures of the costumes that I made after the pro photos come in, so that it’s possible to see what they’re supposed to look like before I get into the pictures where my kids aren’t goofing off. (Not that I mind the goofing off, but it does make it difficult to see what’s going on with the costumes.) But there were some other great costumes that we saw on Friday that my kids didn’t pose with.

My kids have no idea who this comic book version of The Wasp is, although I’m guessing many people these days at least have an inkling since the Ant Man and The Wasp trailers have hit. I was very impressed by the fact that although there had to be a lot of structure under the suit to secure the wings, her outfit was smooth and nearly seamless. This is a trick that’s difficult to pull off in real life. 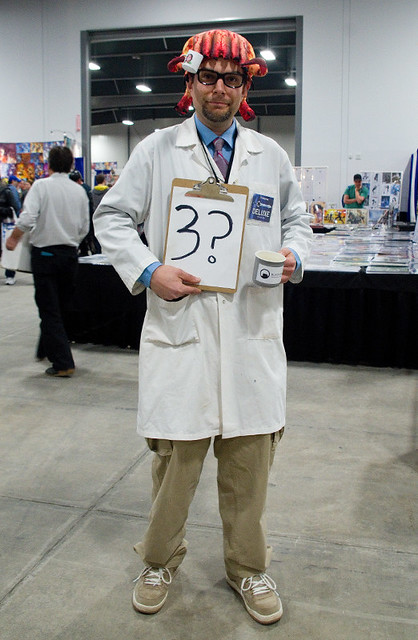 This Gordon Freeman with a headcrab asking about the release of Half Life 3 made me laugh — especially since the headcrab has its own tiny coffee mug. 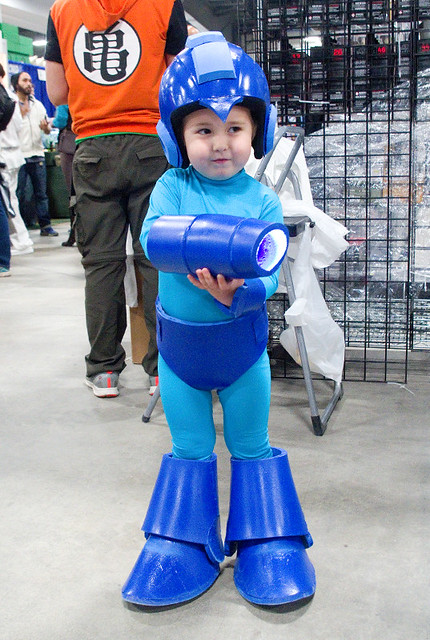 This tiny little Mega Man couldn’t have been more than four years old, and even so he had full-on armour and a blaster that lit up. 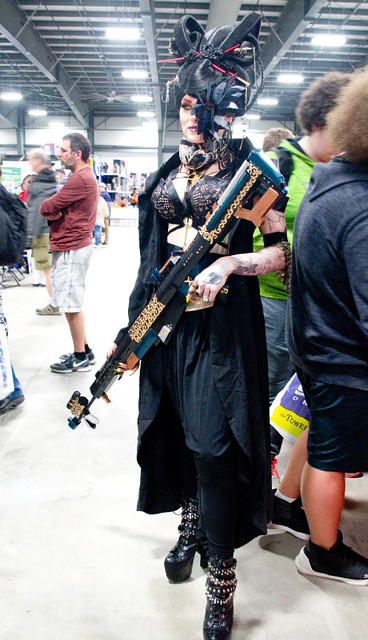 I believe that this was an original steampunk character. I was most impressed with her insanely complicated wig, and her gun that she’d made from scratch out of paper/cardboard! 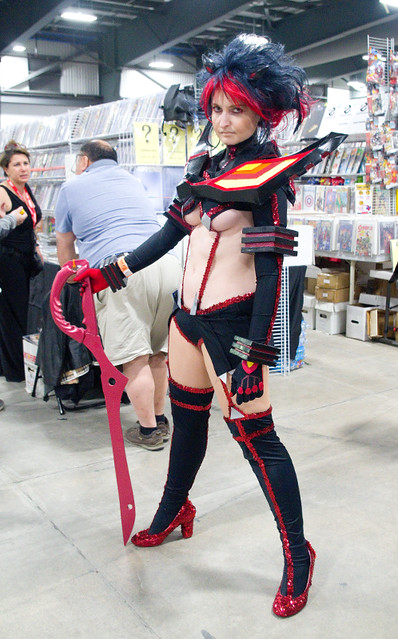 This daring outfit is Ryuko Matoi’s battle costume from the anime Kill la Kill. Given how much skin is showing, it presents a lot of logistical challenges (and probably uses a lot of body glue). 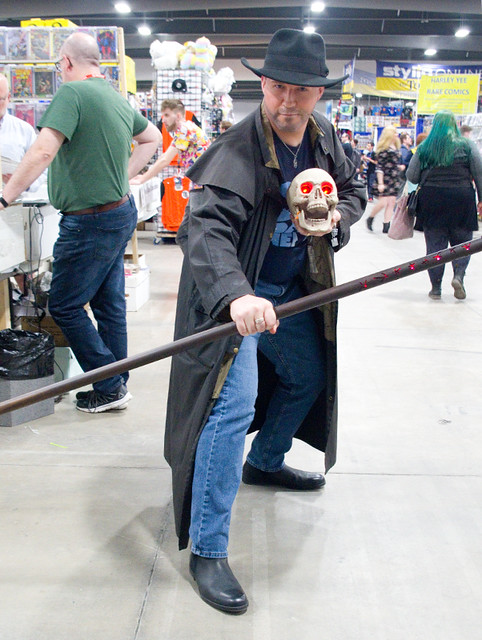 This Harry Dresden from Jim Butcher’s novel series The Dresden Files was obviously based on the cover art, since he’s wearing a fedora (it’s an in-joke with fans that Harry never wears hats and actually rather dislikes them, but the publishers chose to add a fedora to the character on the covers as a kind of shorthand for a detective). I liked that his wizard’s staff and that Bob the Skull‘s eyes lit up. 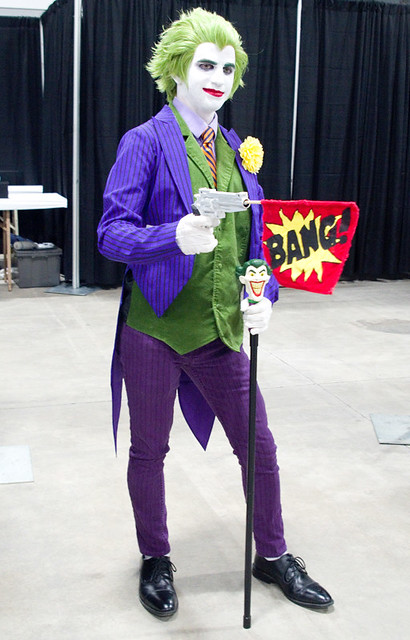 And of course where would we be without a great Joker?