This Sunday was Father’s Day, and our family had the chance to spend the day primarily out on the new back deck. You see, as of two weeks ago our back yard looked like this: 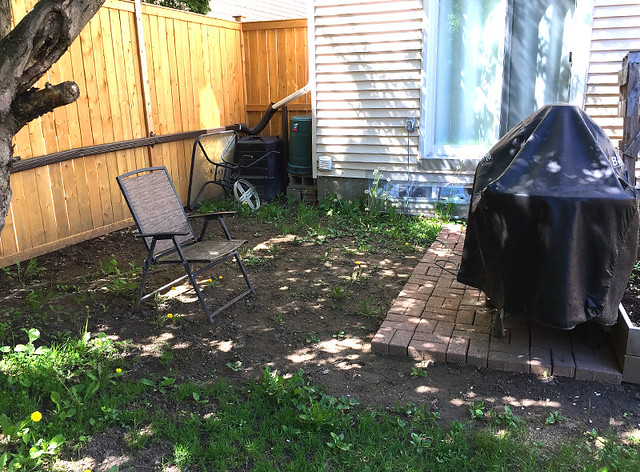 You see, we had a deck when we first moved in, but the previous owners had done everything wrong. They’d tied it into the house, they’d painted it with interior paint, they’d lined the ground underneath with plastic causing water to pool there… So much poor construction. There are all kinds of pictures of the original in my post about building a garden, when I took the old deck out to make room for my vegetable garden. But when that deck was gone, we didn’t have the funds to build a new one right away, so that section just became a mud pit for a few years (the ground here is mostly clay and is slick when wet). My husband used a few salvaged paving stones to keep the barbecues from sinking too badly, but that’s all we were able to do for a while. 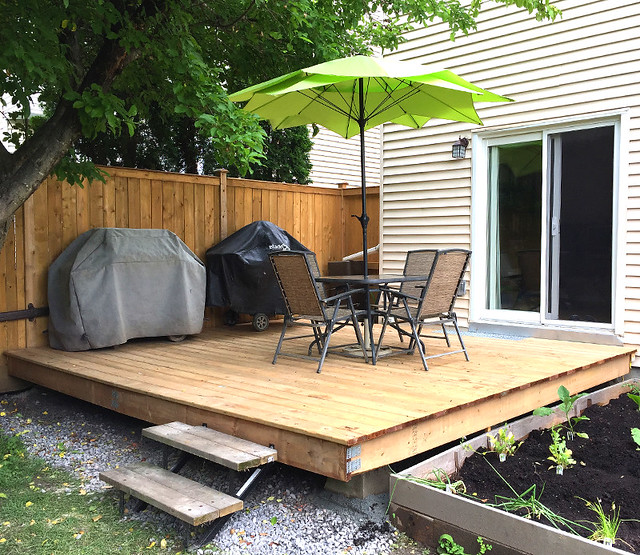 Last week, though, my brother-in-law built us a deck. The actual work only took a couple of days, and with all of his experience in the trade he made it look so easy! (It would have taken me a month, and much frustration and swearing.) Not only did he build the deck, but he re-leveled the ground underneath so that now it drains away from the house instead of toward. He also put in gravel with a layer of landscape fabric underneath, creating better drainage and resisting weeds at the same time. (You would think that the lack of sun underneath would keep plants from growing at all, but I have been waging war against an ivy vine since I moved into this house.) 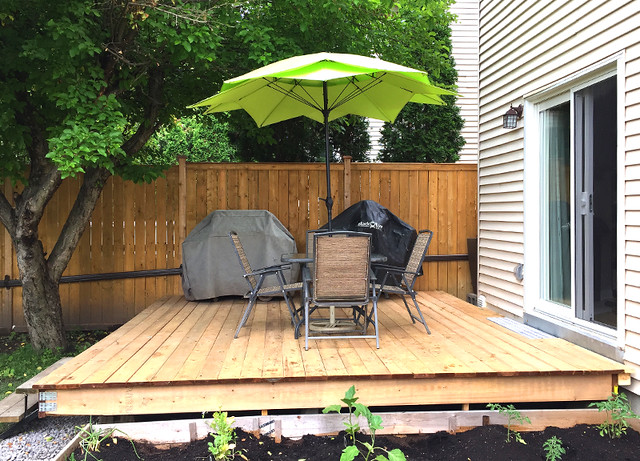 So no more mud pit, proper drainage, and a lovely deck upon which to spend the summer! We’re just waiting on the delivery of some new boards for the stairs so that they match, since I’d salvaged old stair brackets we wanted to use. But for now it’s totally functional, and still beautiful. I am so happy! 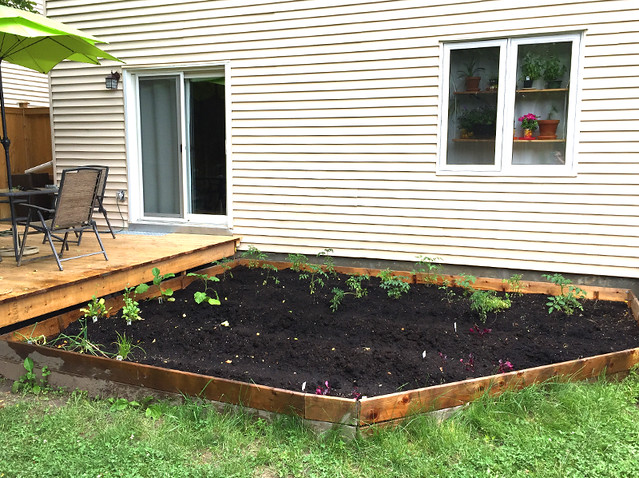 Having a brand new lovely deck encouraged me to get off my butt and plant my main vegetable garden, too. My tomatoes actually self-seeded this year — not in those nice straight lines, I picked the best ones and arranged them how I liked. Now we’ll have to see how well they fruit. I also planted white radishes, eggplants, onions, beets, and potatoes. The potatoes are where nothing has sprouted above-ground yet, but I find they can be slow starters. 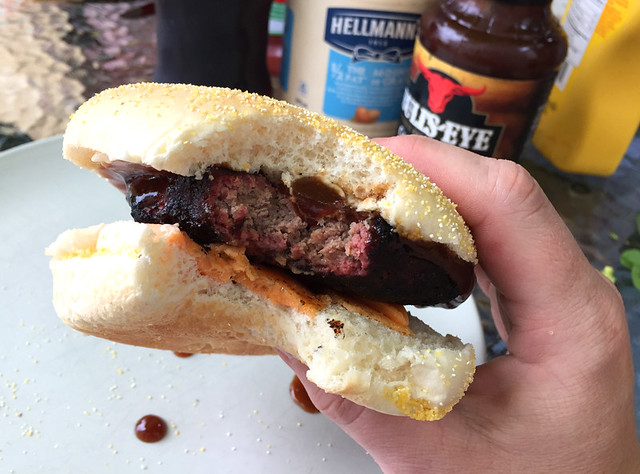 The weather was so lovely this weekend that we ended up spending most of our time in the back yard. Sunday was especially warm, and I didn’t want to cook indoors, so my husband did the stereotypical thing of grilling up some hamburgers on Father’s Day. It was so nice to be able to just sit outside and enjoy the summer — although there was a fair amount of goofing around too, and my hubby playing soccer with the kids. All in all, it was a lovely, low-key Father’s Day.

Now to plan a nice barbecue for next week so that I can have my BIL over for a thank-you meal!