I spent the majority of the last two days working on my back yard. First I put in the garden along the fence I’d been wanting for the last few years: 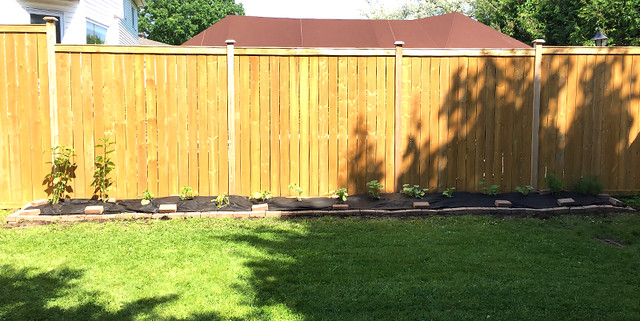 I’d had one there before, and I’m pretty sure the previous owners of the house had one too, since the soil was black and rich instead of being just clay, at least for the first few inches. I hadn’t done anything with that garden since the old fence started to fall down, but this year we have the new one up, so I don’t have to worry about either a pile of wood or contractors squashing my plants. I planted Jerusalem artichokes, pumpkins, Hubbard squash, butternut squash, cucumbers, zucchini, and asparagus, alongside the rather tiny rhubarb plant I planted years ago. I tried putting down landscaping fabric to prohibit the weed growth, but we’ll see how that goes. 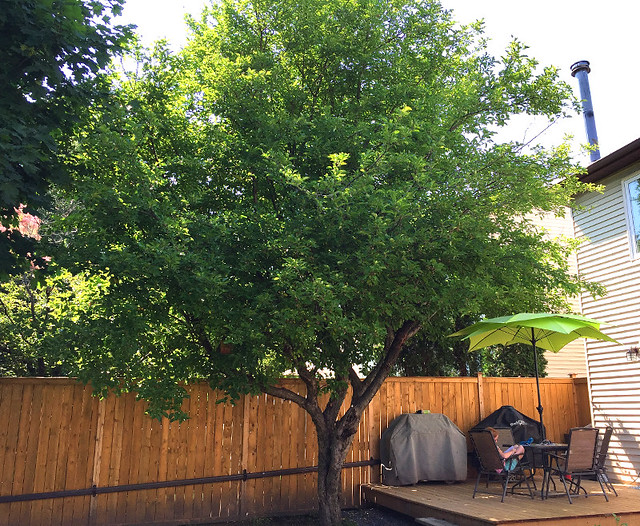 I cut back the apple tree, although it’s still pretty huge, all in all. There were a bunch of dead limbs and I ended up losing almost a whole one of the major subsections closest to the house. I really hope that whatever killed those branches doesn’t spread to the rest of the tree, though. One of the reasons I got a deck (instead of a patio like originally planned) is to accommodate the apple tree’s roots. It would really suck if the tree then ended up dying. Also, I just plain old love that tree, especially every second year when it blooms. 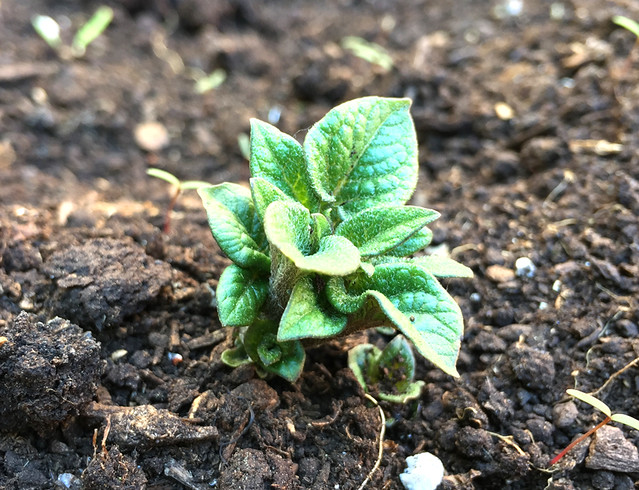 In my main veggie garden, I’m happy to report that the potatoes are starting to sprout — alongside a bunch of tiny weeds. I only just weeded that bed, I’m a little annoyed that the weeds are already returning. Hopefully the plants I actually want will grow tall soon and start choking out the plants I don’t. 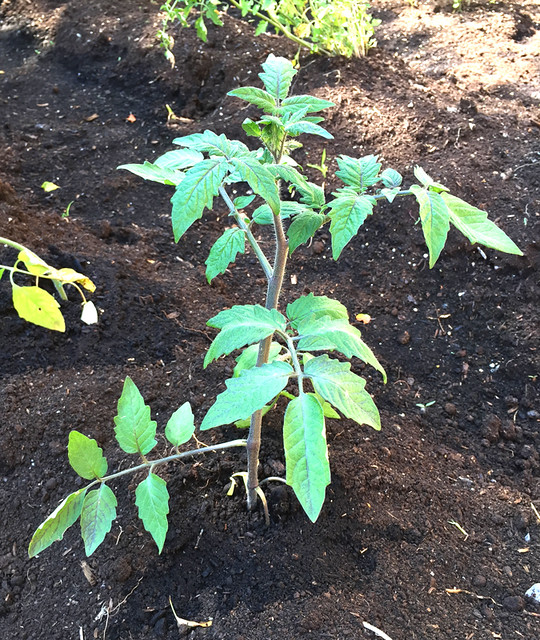 A friend of mine gave me a black tomato plant to add to my cherry tomatoes, and I’m curious to see how the fruit turns out. 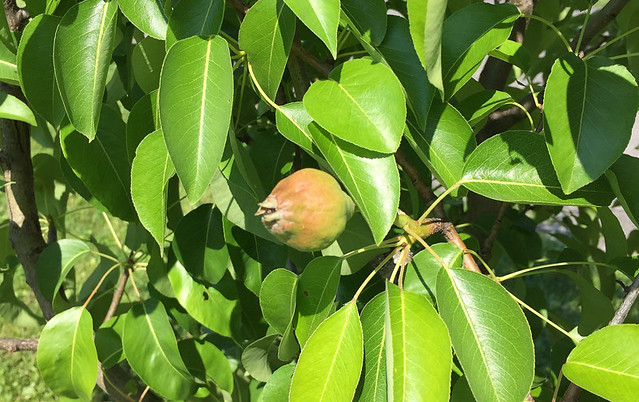 My pear tree is flourishing, despite still being shorter than me. I might get twice last year’s harvest, so… Ten fruits, maybe? I always like how pears grow up while they’re tiny, but then the weight of them drags them down to hang how you’d normally expect over time. 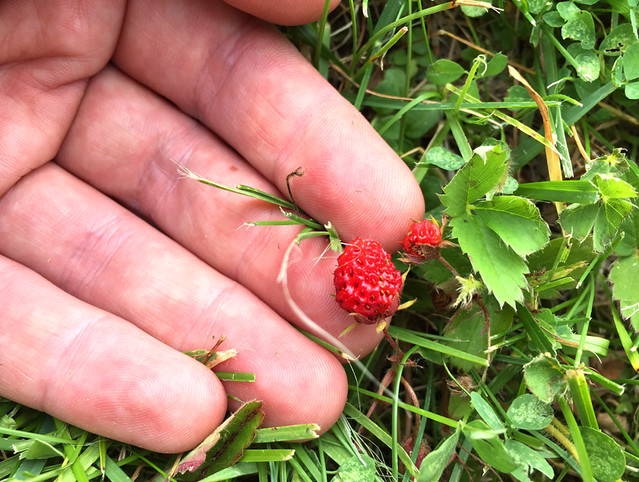 I also had to mow the grass, at which point I discovered that apparently I have wild strawberries growing in my front lawn, which surprised the heck out of me. I don’t care much about my lawn so long as it is green — grass, clover, strawberries, it’s all okay by me, so long as it’s not thistles, which are painful to step on. After a quick Google, I discovered that wild strawberries are perfectly safe to eat, especially if you know that the ground they grow on is pesticide- and herbicide-free, which mine definitely is. They’re not really big enough to make much of a crop, but they are definitely more flavorful than the commercially-grown variety. 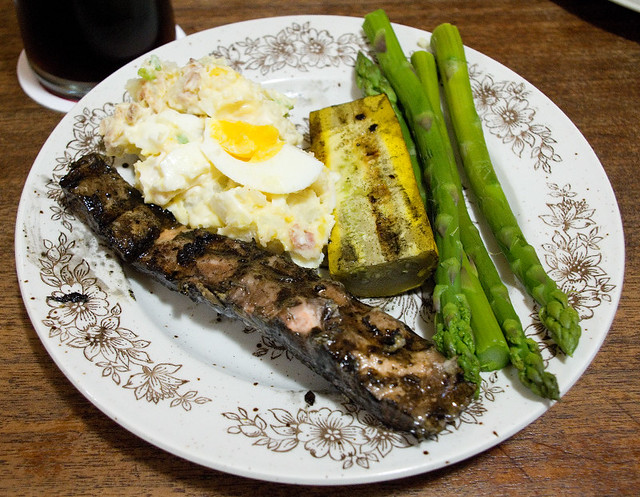 I finished the day with a barbecue dinner for my family, my parents, my brother, and his friend. I made salmon on the smoker barbecue — not burned, just a little ashy — with a glaze of maple syrup and a sprinkle of salt. My mom brought over her famous potato salad with bacon, and I grilled up some zucchini and steamed asparagus. I also made some rice to serve on the side, at my kids’ request. All in all, it was a lovely meal, and I’d eat it again in a heartbeat.