I think I’m still compensating for the lack of food in the house the other day, because I’ve felt the need to whip up more sweets. I don’t generally make desserts unless it’s a special occasion. I think it was that strong craving for Two Bite Brownies that undid me. At any rate, I found some Taro Flavour Jelly Powder in the back of my pantry that I’d forgotten about, so I figured it was time to give it a try. 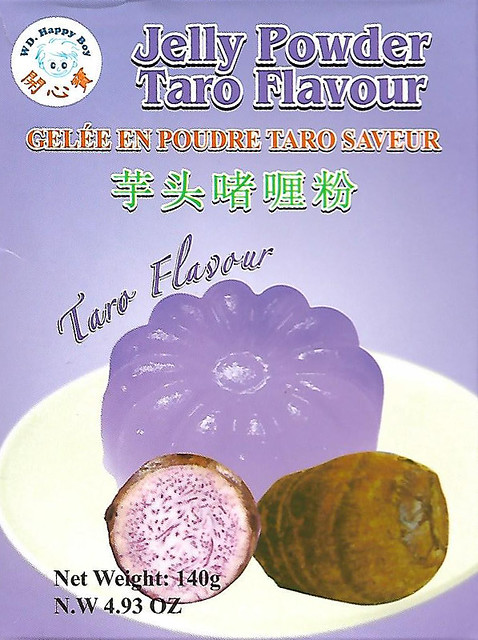 I’d picked this mix up at T&T some time ago with the intention of making it up for my girls. (Generally, I’m not a big fan of moulded jellies.) I do love taro root, though, especially in Japanese sweets, so I thought I should give it a try too. 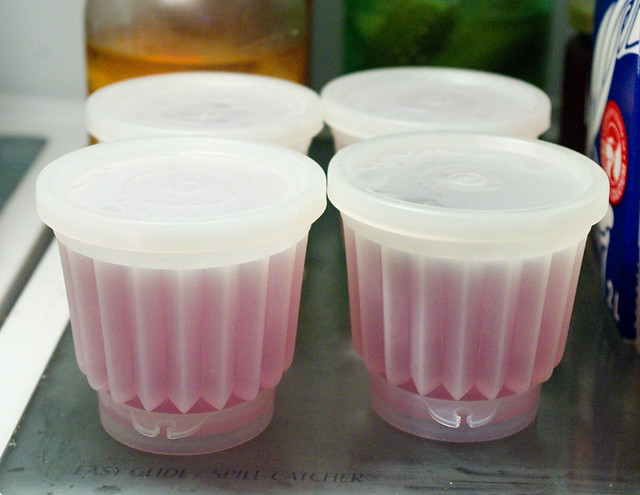 I used my vintage Tupperware Jel-Ette Moulds, which make single servings. I wasn’t sure how much the package would yield, since the instructions in English weren’t very detailed. It turns out that you can get five 1/2 cup servings out of one package. 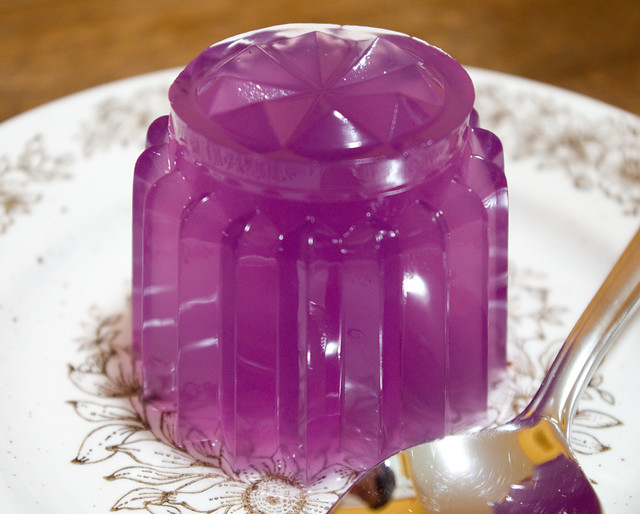 I was a little afraid that it wouldn’t set up right, but I followed the instructions to the letter, and it turned out perfectly! I love the colour and the smell. The flavour was okay, but I think that the texture might have been throwing me off since I’m just not a huge jelly fan. Thing 2 didn’t finish her dinner and hence didn’t get to try, but Thing 1 was excited that she got to taste. She said that it was so different from anything she’s used to that she’s not sure if she likes it or not, but she’s willing to try it again at a later date to figure it out. That’s a very well-considered opinion, if you ask me.