(I’ve been sick this past week, so I haven’t been up to writing much. Not only that but we’ve had a bunch of power outages, which has forced me to be away from my computer and even cut me off mid-try! So now I’m trying to fill in the gaps of the past week’s posts. So if you’re wondering why you’re just seeing stuff now from earlier in the week, especially if you follow via email or Facebook, well, that’s why!)

This past week I was lucky enough to spend a last few days of summer vacation at the cottage that my parents are renting. We did take a day trip while we were there (which I will write about at a later date), but the rest of the time was spent relaxing. 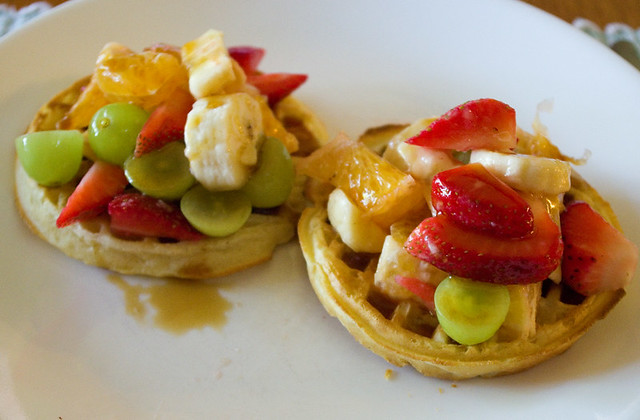 Thing 1 and Thing 2 discovered the joys of toaster waffles. I honestly don’t think I’d ever bought them for them before. I tried to make mine just a little more healthy by adding fruit salad (oranges, bananas, grapes, and strawberries). But I may have negated that healthiness by slathering it in maple syrup. 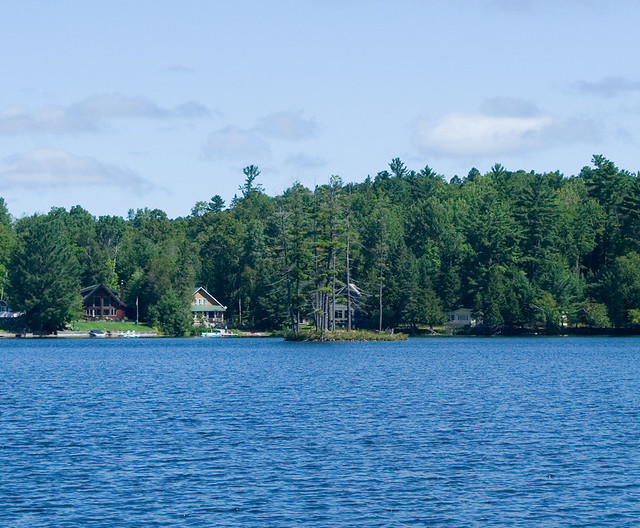 The weather was beautiful and sunny, with only a few fluffy clouds in the sky. Despite the lovely sun, it wasn’t terribly warm, so we didn’t really feel like swimming. 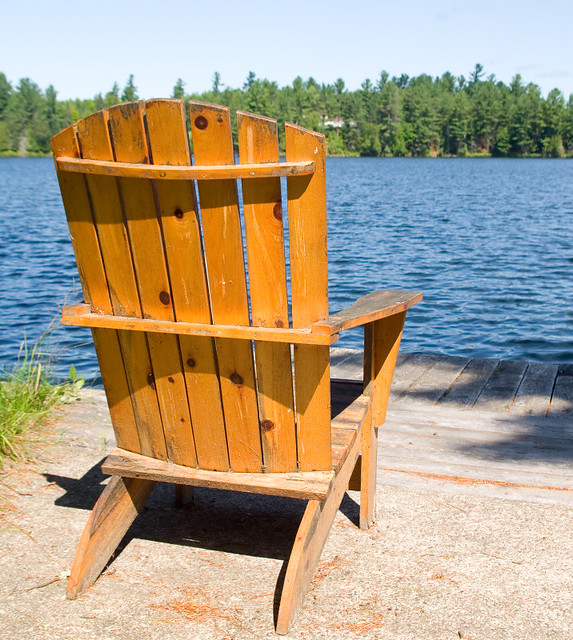 I spent most of my free time relaxing on the Adirondack chairs by the lake. 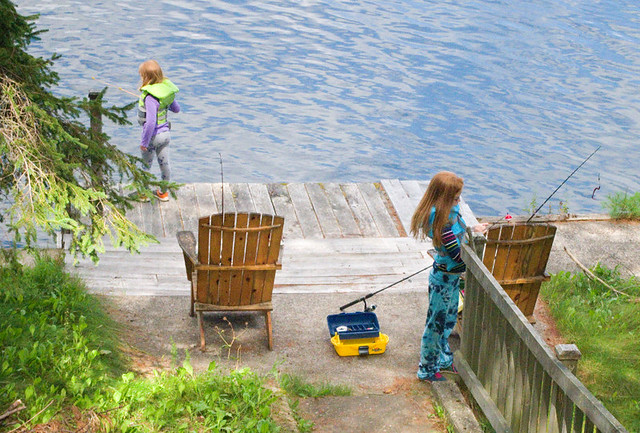 The kids, on the other hand, buzzed around like mayflies, alternating between crafting in the cottage and fishing with Gramps. Gramps caught a decent-sized perch and a rock bass, while Thing 2 caught two rock bass. 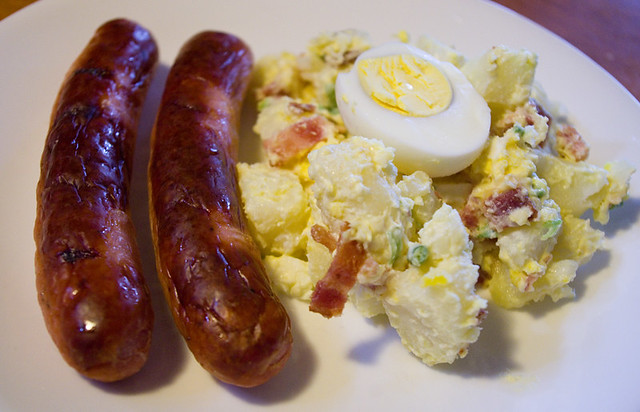 What a lovely way to end this summer’s lazy days at the cottage!