We’re starting to get a few cool days, and more than a few cool nights, which, in conjunction with the shortening daylight, signals to the garden that it’s time for fruits and veggies to ripen. I’ve had some meager results so far, if you don’t count the tomatoes. 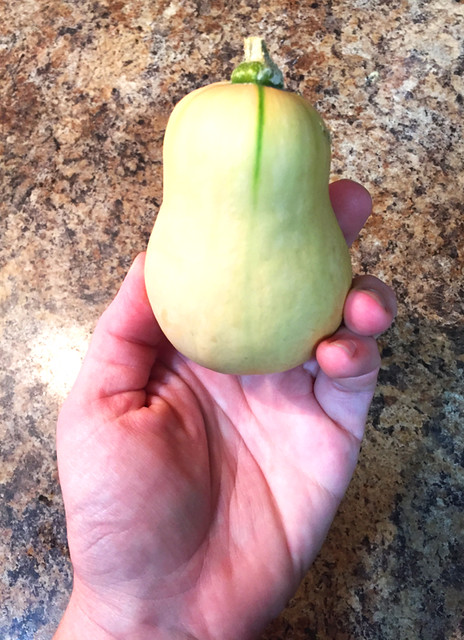 For all of my efforts with gourds, a powdery fungus attacked the leaves of my plants and killed most of them off. I ended up with only one yellow zucchini, no green zucchini, no pumpkin, and only this teeny tiny butternut squash. It’s so cute that I’m seriously considering not eating it at all and carving it up or decorating it as a Hallowe’en decoration. 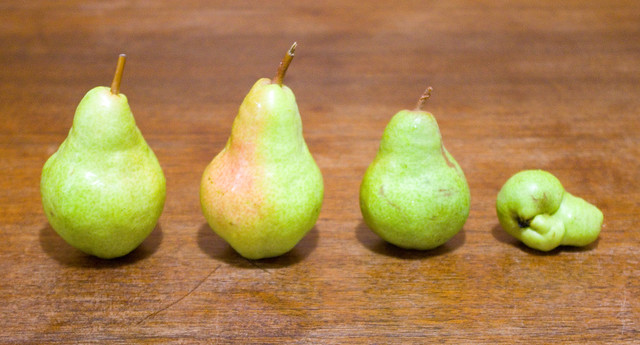 I did have about ten good-sized pears on my baby pear tree this year, but I didn’t get to them in time and the local squirrels and chipmunks made serious inroads. This is all that was left for me to bring in. The one on the far right developed kind of small and deformed, but it was still healthy inside. These fruits will be (and actually, all except one have already been) eaten raw, generally in packed lunches. 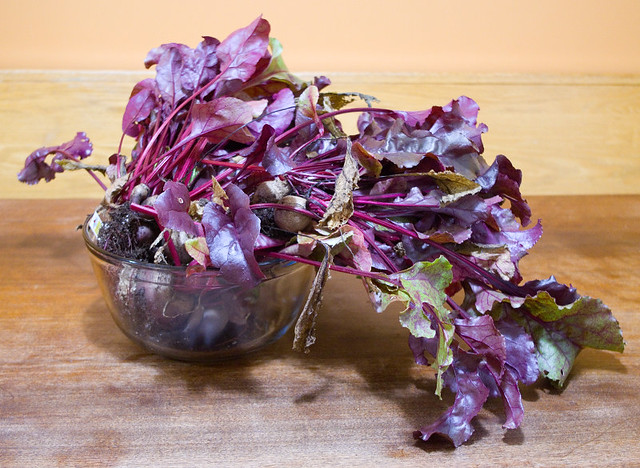 Despite fighting for my potatoes for sunlight, my few beet plants did okay. The roots weren’t much to talk about; I ended up with just enough to fill a single 500mL mason jar if I planned on preserves. However, the greens — which were actually red in this case due to the variety I planted, but at any rate the leaves — are also edible, and actually quite tasty! They’re good in salad, pesto, or stir-fry; basically, they’re tasty in any dish where you’d use lettuce or a similar leafy green. So I’m tolerably satisfied with my yield of beets, especially since I put in so few plants in the first place.