Today I’m continuing with the interesting places I visited on my recent trip to the States, because heaven knows I won’t be cooking right now with this nasty cold knocking me off my feet. One of my favourite spots was the Evans/Ellis cemetery in New Brunswick, New Jersey. 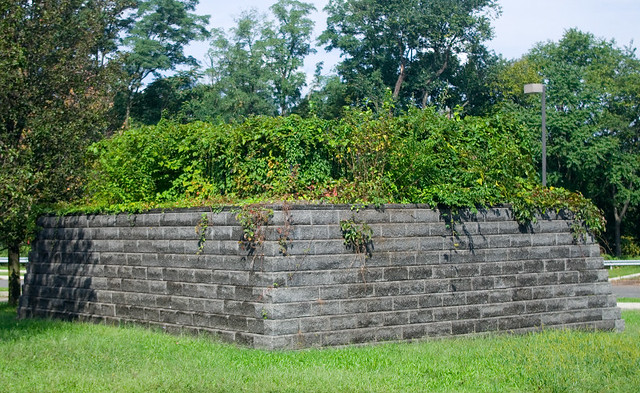 It’s a tiny little family cemetery, with only seven permanent residents and one gravestone (although there used to be two). What makes the graveyard notable isn’t its occupants, although there were (untrue) rumours at one time that the story of Mary Ellis, whose name is first on the remaining headstone, was the inspiration for the 1972 pop song “Brandy (You’re a Fine Girl)”. No, what is most notable about this graveyard is its unusual location. 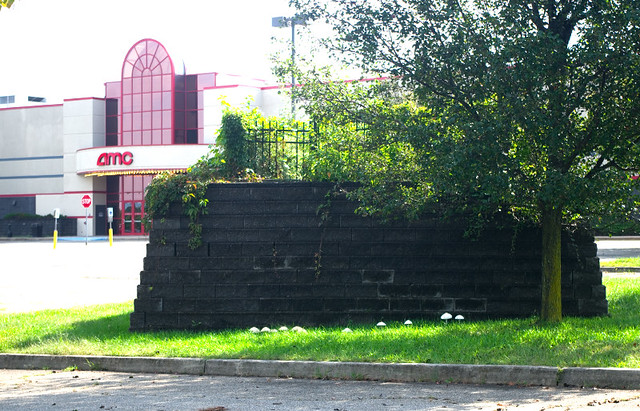 This tiny little graveyard is right in the middle of the rear parking lot for an AMC movie theater! 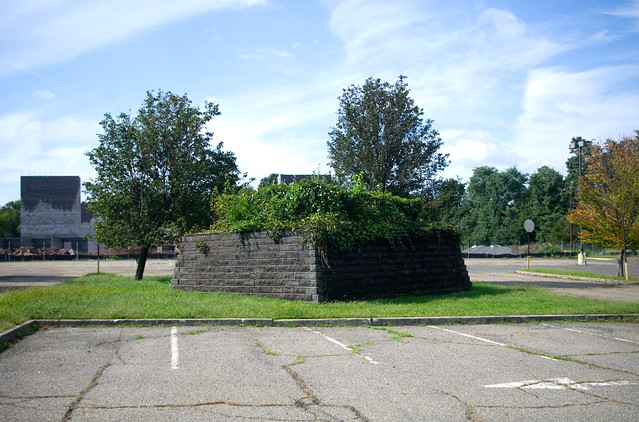 In the other direction, it overlooks a construction site. 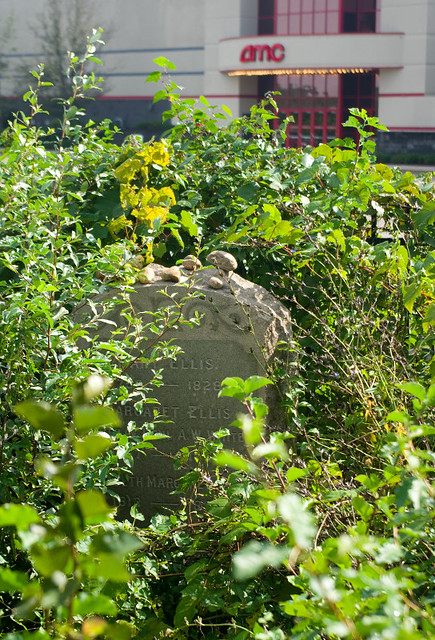 This little cemetery originally was on Mary Ellis’ private farmland, as so many old family plots used to be. As you can see in the historical photographs from Weird N.J., it was originally on a small hill, surrounded by a wrought iron fence and had two headstones. However, the land was sold to developers in the 1960’s; since it is conveniently located next to US Highway 1, it is prime commercial real estate. The ground around the plot was leveled to make for better parking for the Great Eastern Department Store, which eventually closed and became the Route 1 Flea Market. Then, once the land was sold again, the developers again declined to move the graves, instead choosing to bring the surrounding ground down even further. They built a rather attractive eight-foot retaining wall around the site, and now the graves overlook quite a stretch of pavement. 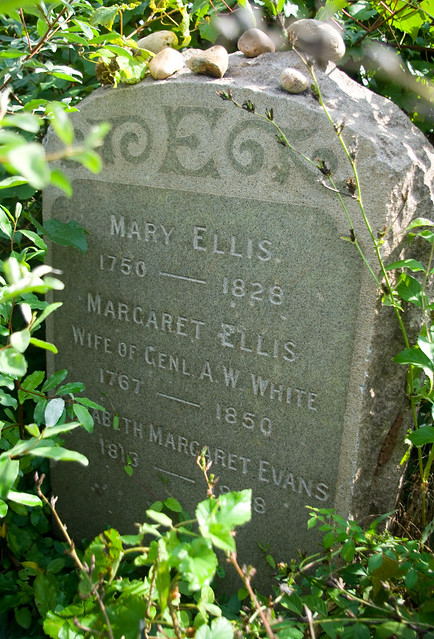 Unfortunately, despite the obvious evidence of visitors to the grave in the form of a rough path beaten down in the undergrowth and pebbles on top of the headstone, the Evans/Ellis cemetery is sadly neglected. If I’d had more time in the area, I might have headed out to the local hardware store to grab some gardening gloves and yard waste bags so as to rescue the plot from some very aggressive vines. If I’m ever back in town, I think I will do just that.