This morning we found Candy Cane hiding in with the Christmas stuffies: 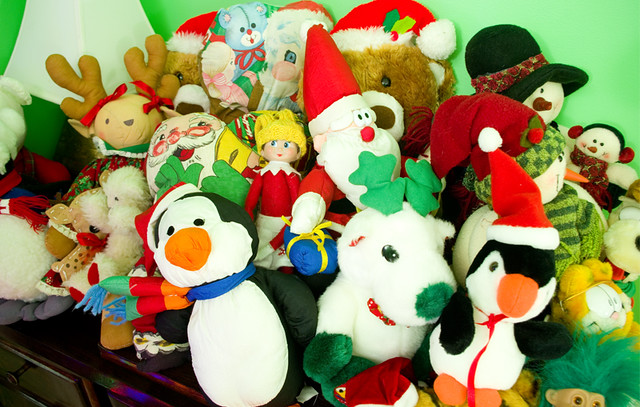 While I’m still spending most of my time trying to finish up the Christmas knitting, we still have to eat! On a recent grocery store expedition, Thing 1 insisted that we purchase some chestnuts to roast at home — then promptly forgot about them. So I figured I should do something about that. 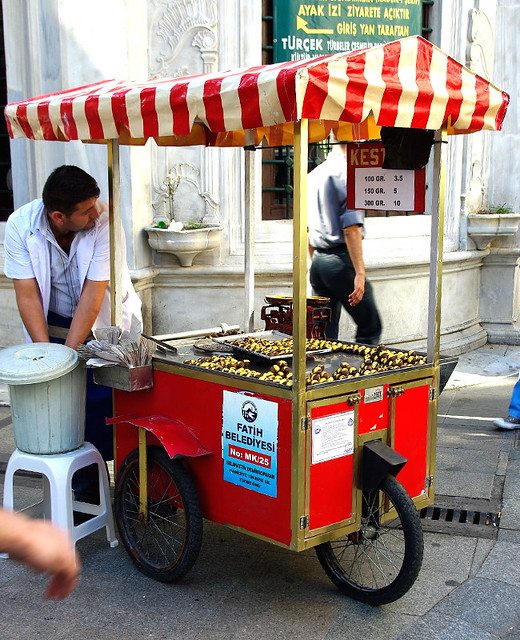 Now, around here we tend to think of roasted chestnuts as kind of quaint and old-timey, mostly because of the Christmas carol. But when I was in Istanbul some years ago, fresh-roasted chestnuts were sold on every second corner in the old city, alongside roasted corn on the cob and stacks of chewy pretzels. One of my big regrets is that I never tried any while I was there, despite their tantalizing aroma! 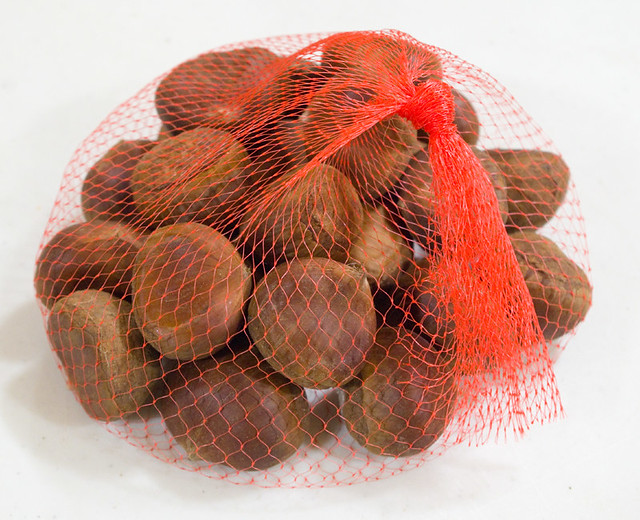 So I Googled how to roast chestnuts in the oven, and while everyone seemed to have a slightly different take, all of the methods seemed pretty simple. I more or less used the Howcast method. Basically, I preheated the oven to 375°F, rinsed and dried the chestnuts, and tried to make an X incision on the skin of the nut. It was here that I started to realize that things may not be going to according to plan, since if I’d used anything smaller than a butcher’s knife I would have snapped the blade. 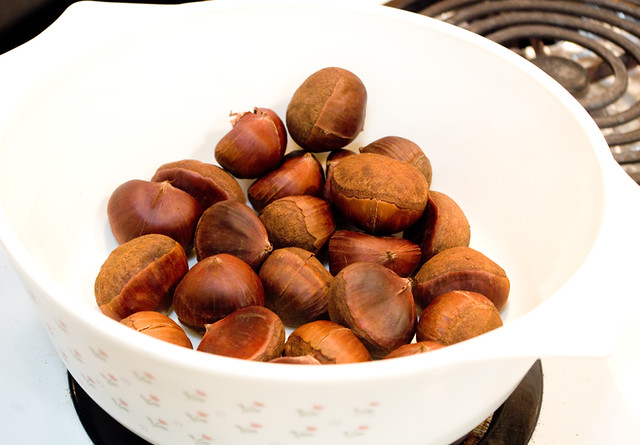 Then I baked the chestnuts in the oven on a cookie sheet, and followed that by taking them out of the oven and putting them in a casserole dish, which I covered with a towel and let rest for ten minutes. At this point I was pretty sure that there was something not working, since the BBC says the skins should open and the insides should be tender — and the skins remained defiantly closed. 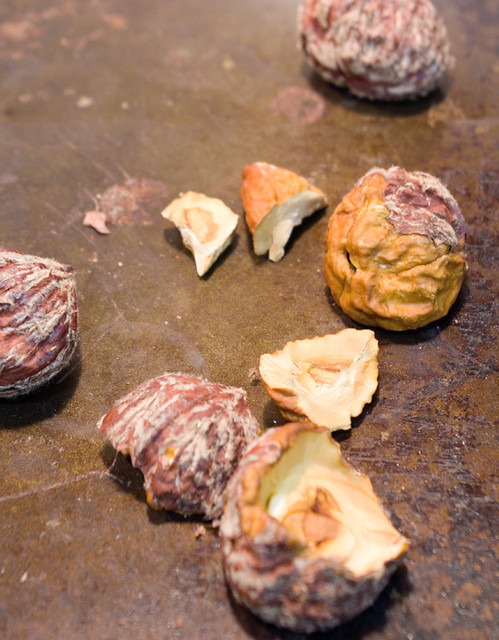 When I tried to peel them, my suspicions were confirmed. The shells were hard and the nutmeat was even harder; an experimental taste test threatened to chip a tooth. They were hard as a rock.

So either I got the wrong kind of chestnut for roasting (and in my inexperience I don’t know the difference), or the ones I bought were ridiculously old and dried out. I’d like to try this again, because I still regret not eating the ones in Istanbul, but where can I be sure to buy the right kind and age of chestnuts around here?