We found Candy Cane checking out the books on Thing 2’s bookshelf this morning: 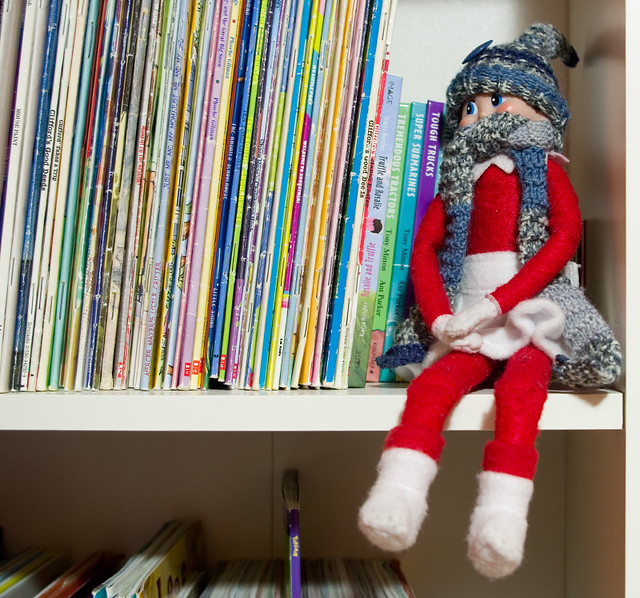 Today I decided to make a beer advent calendar for the husbeast at his request, even though we’re already a few days into December. (What can I say, I am running behind in a few things.) I’d seen them advertised online, but they’re not available commercially anywhere around here that I’d seen. I’ve also seen them for wine and for little airline bottles of liquor. I honestly think the best thing would be to build a divided wooden case with 24 little hinged doors on the top and reuse it year to year, much like some of the older traditional advent calendars (only larger). However, I’ve totally run out of time for that, so I went for a cheaper, quicker alternative.

I started with twenty-four different beers, which conveniently fit into a standard flat. Now, a proper box with those little cardboard dividers would have been optimal, but those only tend to be available for bottles. Because I didn’t have a proper box, I needed a second empty flat. 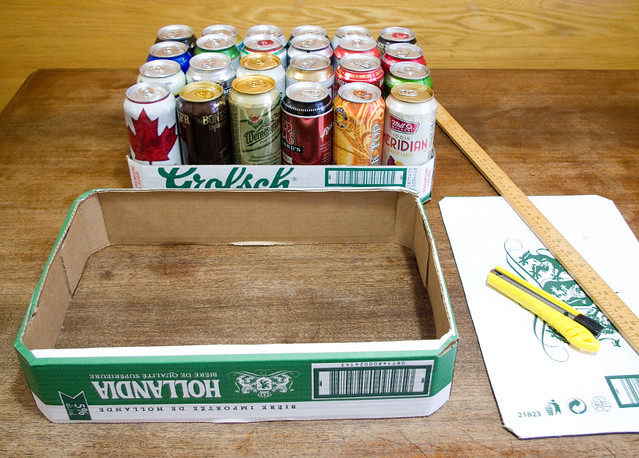 Using a craft knife, I cut about 1/2cm in around the edge of the box. It doesn’t have to be perfect, since it will be hidden. 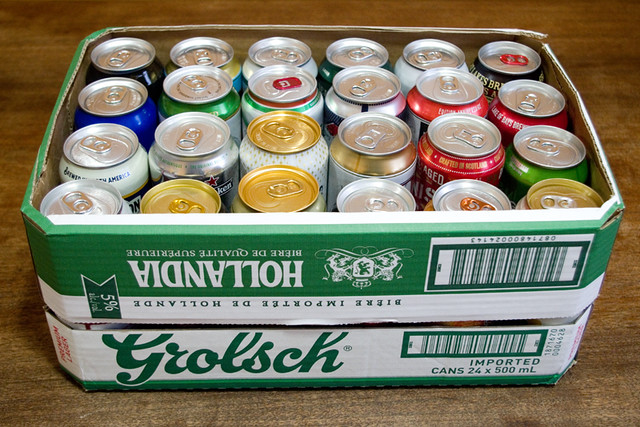 Then I put the cardboard ring I’d created around the top of the cans of beer. 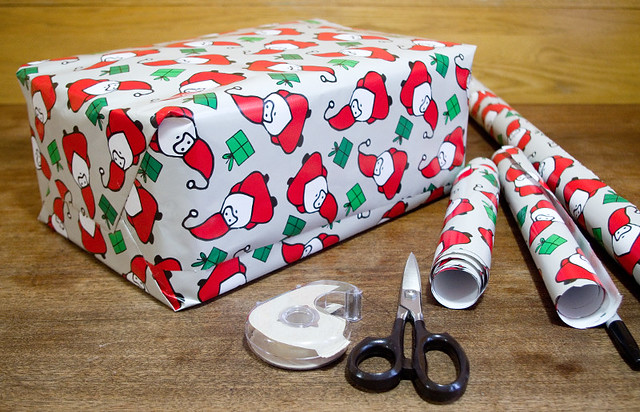 Next I wrapped the case of beer like a gift. I normally would hide my seams along the bottom of the gift, but since I couldn’t turn it all upside down without it all falling apart, I put the seam along one side instead. 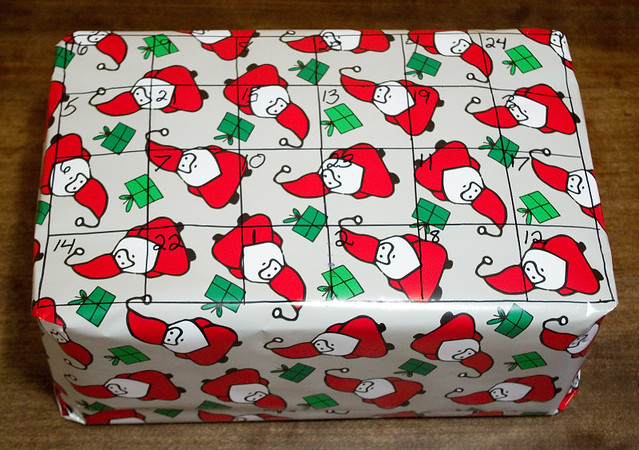 Using a Sharpie and a ruler, I drew a grid above the cans of beer. I could feel the edges of the cans through the paper, so I could easily figure out where the lines should go. Then I randomly numbered the grid from 1 to 24. 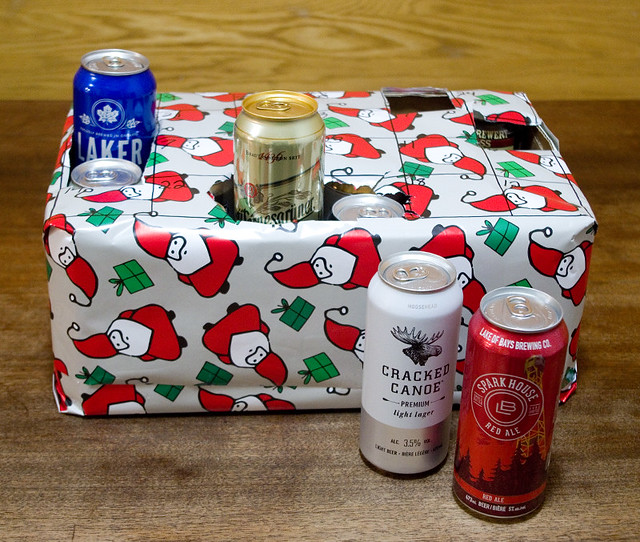 My husband tried opening the advent calendar at first by punching holes in the paper, but it tore too easily into the other sections. We found that the best bet is to use a craft knife or scissors to cut a hole a little smaller than the grid markings, so as to keep the paper from disintegrating.

Once the calendar is opened, it’s possible to see the kinds of beer from the side of the case, or to displace everything inside by picking it up. This can be solved by making a cardboard grid and putting it inside the box before the cans. But if you’re not too picky, it works just fine — and my husband, for one, is too happy with his calendar to really care.