This morning marks Candy Cane’s last day at our house. She always perches in the Christmas Tree on Christmas Day. 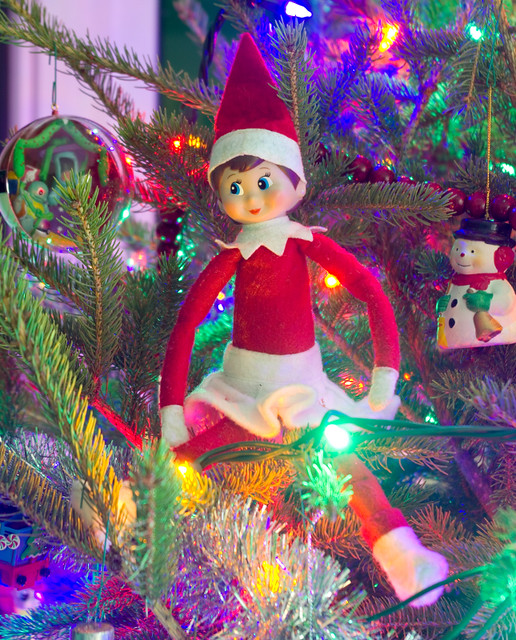 From my family to yours, we hope that you have a safe, healthy, and very merry Christmas! 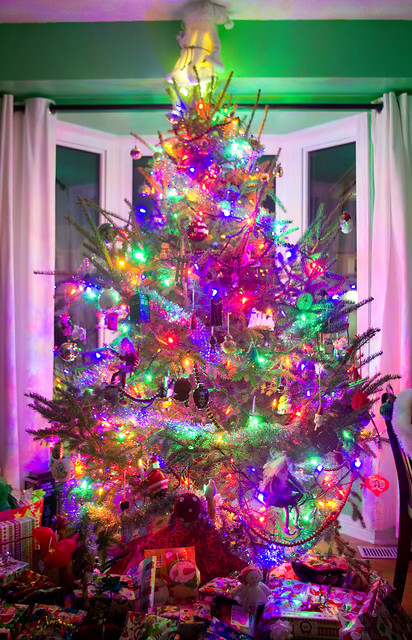 Candy Cane was found checking out the music box on top of the china cabinet in the living room this morning. 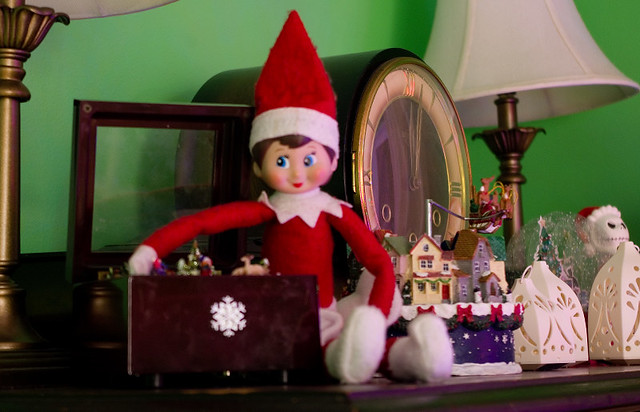 (Please ignore the fact that the elf is out of focus. I didn’t notice until after she had moved to her next location.) 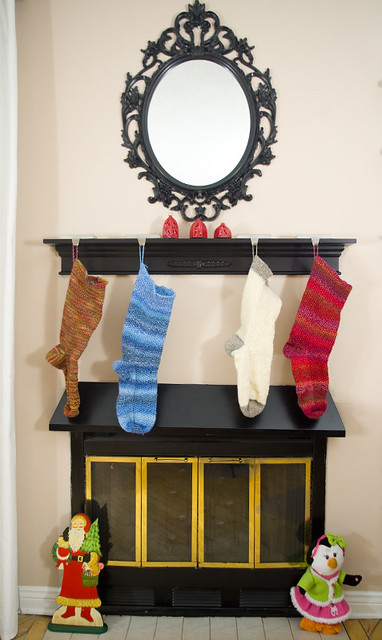 More importantly, I managed to get all of the Christmas stockings done! It only took every spare minute of my time for a number of weeks. Left to right, they belong to Thing 2, Thing 1, my husband, and me. I finished the last one (mine) during my husband’s family’s Christmas Eve get-together, which meant that it was done with only a few hours to spare before it was hung in preparation for Santa’s arrival… But it was done!

This weekend we found Candy Cane sleighing down the side of the staircase: 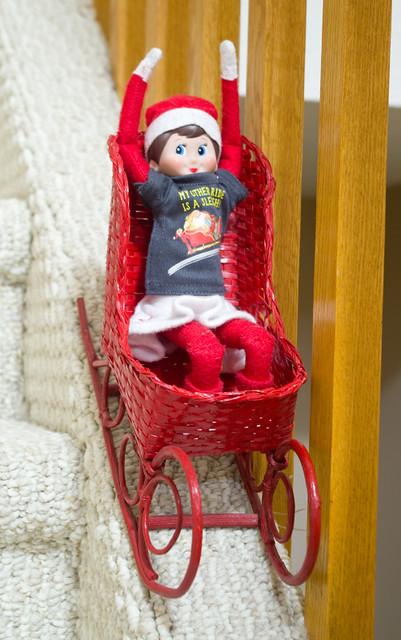 And petting the reindeer in the Little People Christmas train: 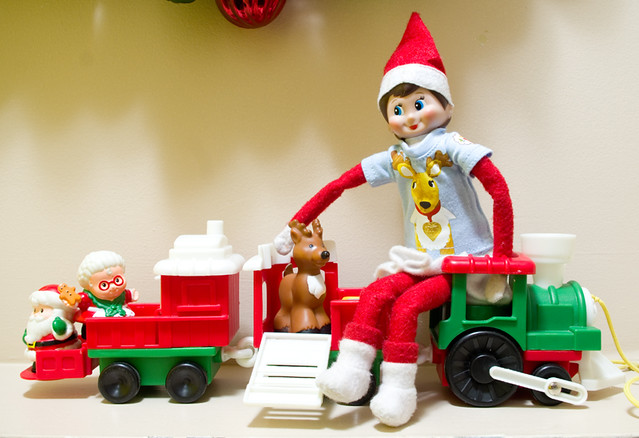 This morning we found her taking pictures of the family as they walked down the stairs: 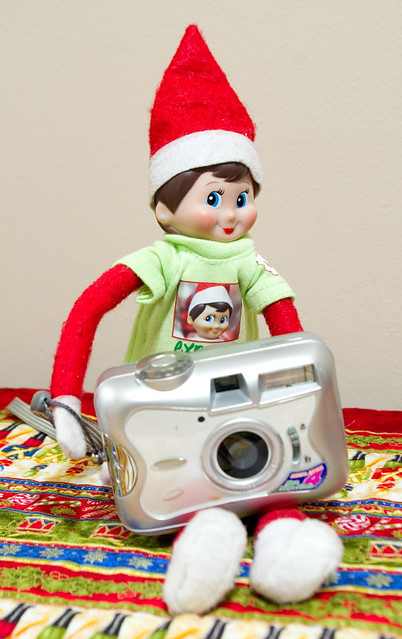 Yesterday was a very busy day filled with Christmas visits, Christmas shopping with a good friend, and knitting (I’m finally on Stocking #3). All that didn’t leave me with much time to cook, but I didn’t want to eat out, so I compromised with some quick fixes from the grocery store. 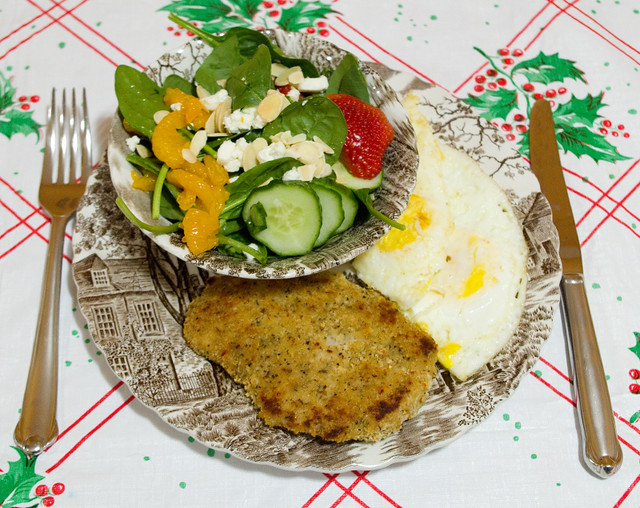 That’s pork schnitzel from the butcher section; I’ve had schnitzel before, even had it in Germany, but I’ve never had the pre-made pork version from the grocery store. I didn’t have high hopes, but it wasn’t half bad! In an effort to keep in quick and simple, I served it with eggs over easy and a prepackaged spinach salad with clementine wedges, strawberries, cucumber, goat cheese crumbles, and sliced almonds. Overall, it was quicker than ordering takeout, and also both cheaper and healthier! 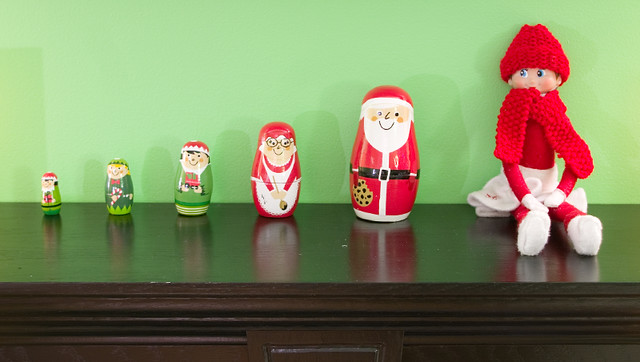 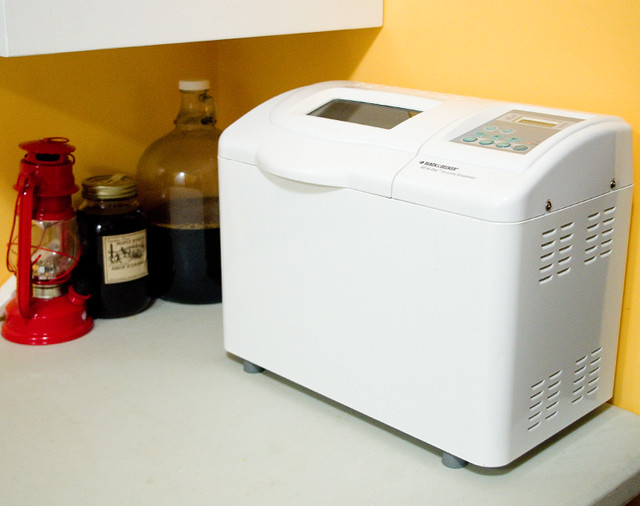 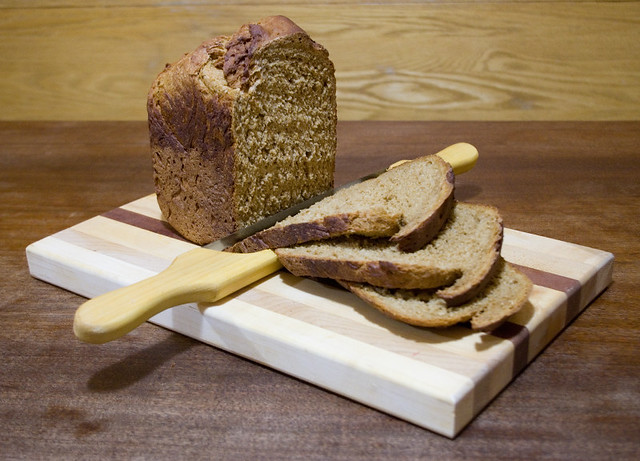 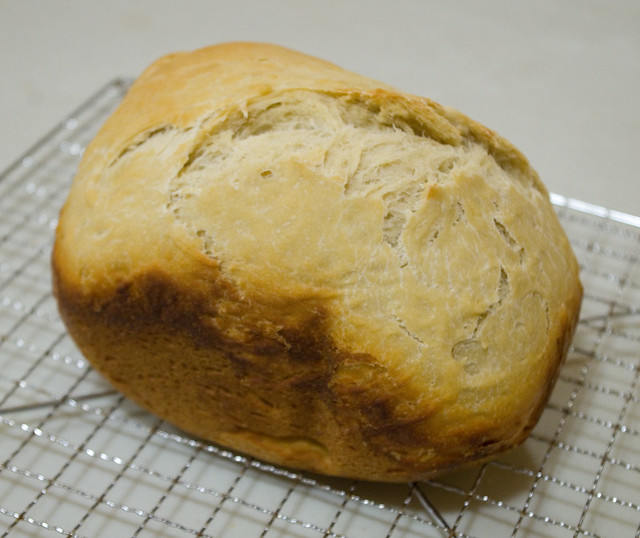 I apologize for the delay in today’s post! We have been experiencing technical difficulties with our Internet connection (mostly with our router), so I couldn’t get my entry from the computer to the blog.

This morning we found Candy Cane in the big box of Christmas books that makes an appearance every holiday season. It seems that she really likes to read – not unlike the other members of this family. Today’s choice was “Twas the Night Before Christmas” by Clement C Moore. 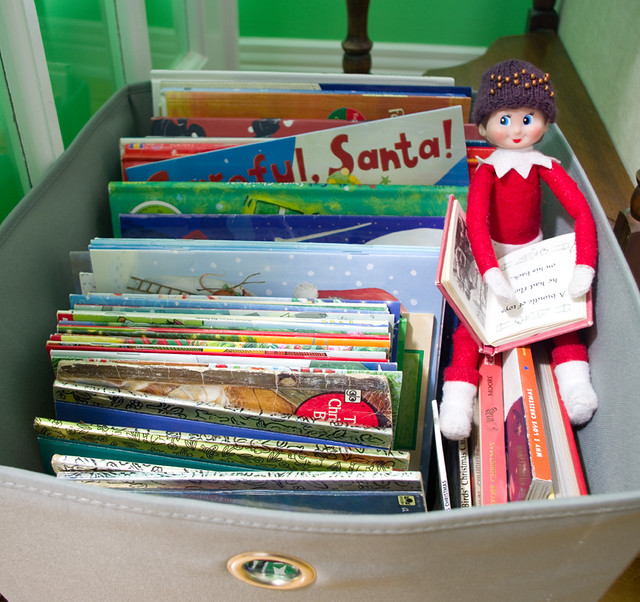 Tonight for dinner, at my husband’s request, I whipped up some Red Lobster Cheddar Bay Biscuits. We’ve been a big fan of these biscuits for years, even if, in my personal opinion, they’re not quite as good as Dad’s Biscuits. 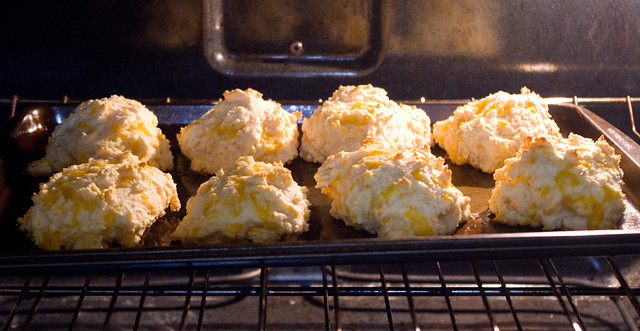 They always taste so good fresh out of the oven (although personally I find they don’t store well). As a bonus, they are really easy to make, and the cooking directions are extremely clear. The cheddar that I used was lactose-free, as usual, which I find doesn’t affect either the taste or consistency. 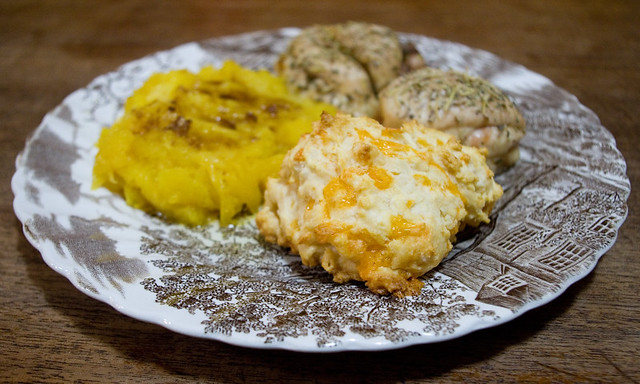 I served the biscuits with my standard chicken thighs (roasted in the oven with a sprinkle of parsley, sage, rosemary, thyme, summer savoury, garlic powder, and salt). As a veggie we had steamed acorn squash that I cooked in the microwave and sprinkled with a little bit of brown sugar. Dinner definitely wasn’t anything fancy, but it was exactly what my family asked for. 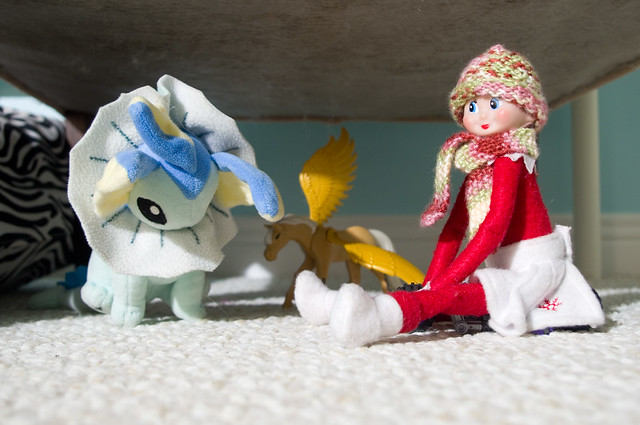 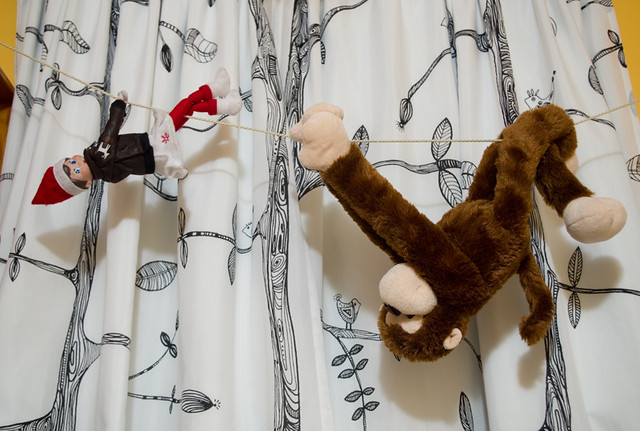 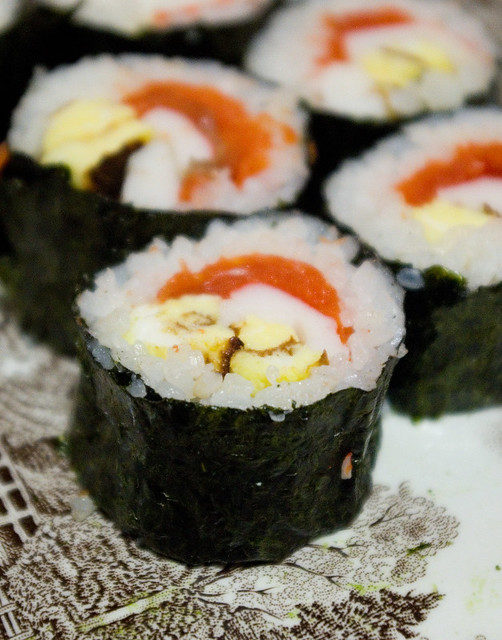 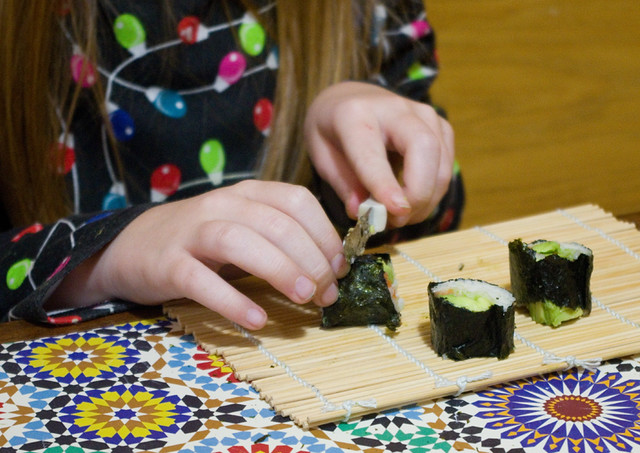 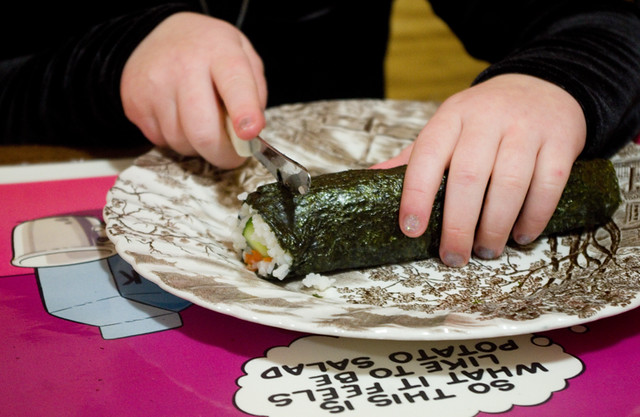 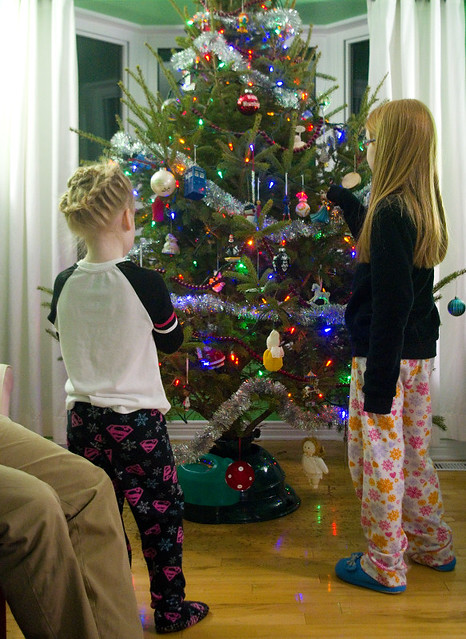 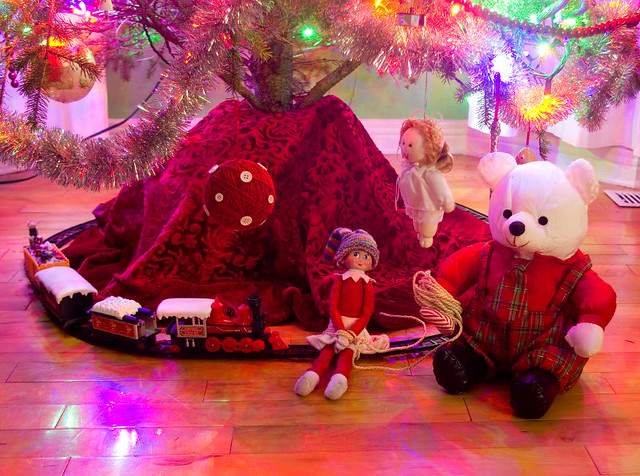 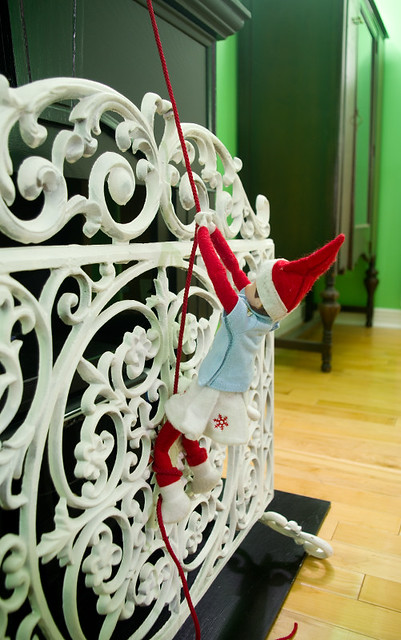 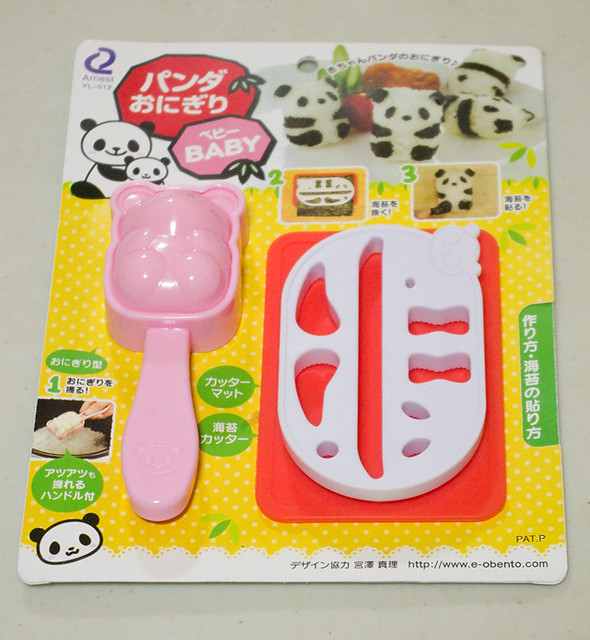 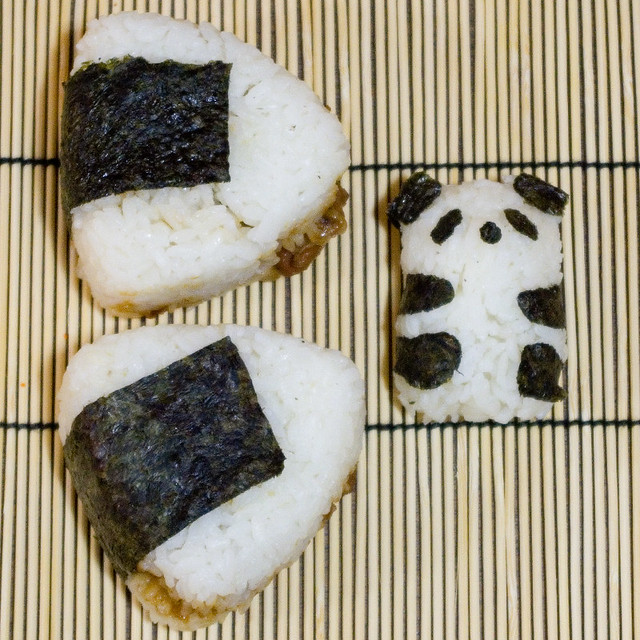