Yesterday was Sunday, and that meant Sunday Dinner over at my parents’ house, in quasi-British style. It’s not something we do every weekend, but it is a regular enough event. My parents made a lovely roast beef, potatoes and carrots — and of course the always-delicious Yorkshire pudding. Now, I can’t make a tasty roast to save my life (mine are always dry, tasteless, or both), but I wanted to contribute to the meal. I woke up this morning figuring that some baking was in order. 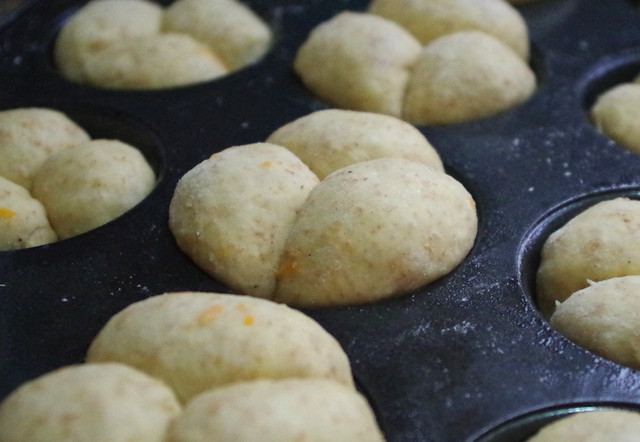 I picked up a copy of Bread for All Seasons (1995) by Beth Hensperger a few days ago at a thrift shop, and I was dying to try out some of the recipes. My choice for dinner was Sweet Potato Cloverleafs (page 114). 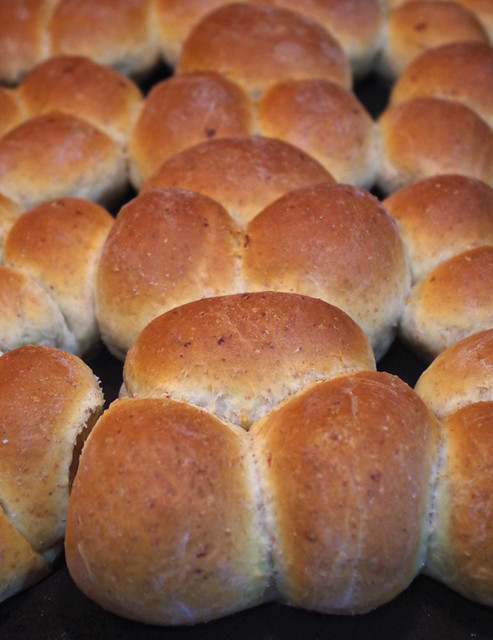 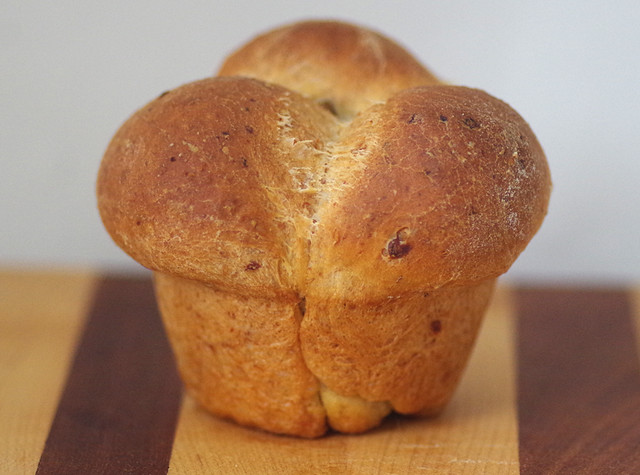 While I have read complaints that the Murasaki sweet potato is stringy and not at all flavourful, it did its job just fine in the context of these buns, which was to provide moisture. The cloverleafs were light and fluffy, with a hint of orange that cut through the heaviness and grease of a meal of roast and gravy. I’ll definitely be making these again — perhaps with truly purple sweet potatoes, just for the colour. 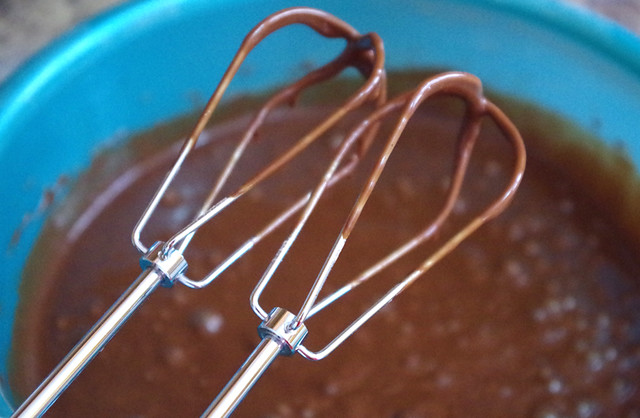 I thought I should also contribute to dessert. My youngest daughter had taken Amelia Bedelia Bakes Off (2010, Chapters.ca, Amazon.com), and at the back of the book there is a recipe for Amelia Bedelia’s Sheet Cake. (You can find the recipe via Desktop Cookbook.) Well, I didn’t want a sheet cake, but cake batter works just as well for cupcakes. The directions say to mix all the ingredients together with a fork in the baking pan, but I didn’t want to spend all day mixing. I used a plastic bowl and an electric hand mixer instead, and then I doled out the batter into muffin tins. 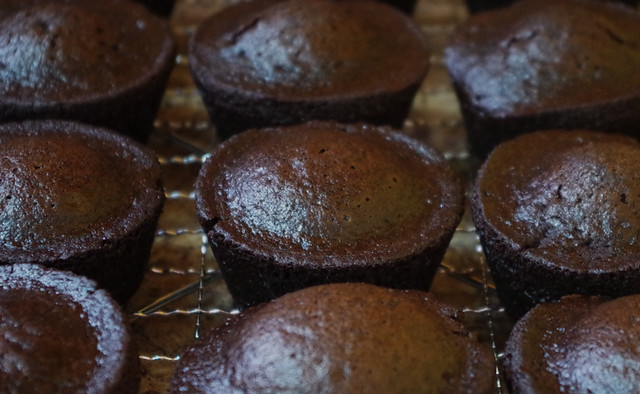 I found it interesting that this recipe had no animal ingredients, and could even be vegan if you sourced your supplies carefully. Not that I am a vegan, but I do occasionally cook for them. I also thought that the leavening agent was interesting: baking soda and vinegar. I’d never baked a cake with vinegar in it before, but it makes sense that baking soda and vinegar would create the gas necessary to cause the batter to rise.

I ended up with 24 cupcakes, and I had to bake them for 20 minutes for them to be cooked through. The cupcakes were a very dark brown, almost black; they are so dark that my hubby thought I might have burned them, even though they are totally soft. I’m not sure if the deep colour is caused by the kind of cocoa I used, or if it’s just because there’s 2/3 cups cocoa in there. It may be a combination of both factors. I don’t think my kids would complain if I tested the theory and made them again with a different kind of cocoa. They were a pretty solid hit.