Okay, I’ll admit it. I have a thing for celebrity chefs. Jamie Oliver, Gordon Ramsay, Anthony Bourdain… I watch all of their shows (except the competition-style shows, I’m not a fan of those). Teaching people how to cook? Trying to salvage crappy restaurants? Exploring the world and the foods therein? I enjoy all of that.

One of the most practical outcomes of my binge-watching was finding the recipe and tutorial video for Kerryann’s Hidden Vegetable Pasta Sauce, which was linked to in Jamie Oliver’s recipe for Quick Family Pizza. Tomato sauce isn’t unhealthy in the first place, but I like the idea of hiding extra veggies in there.

That being said, whenever I make the sauce it comes out kind of a brownish-green instead of the orange-red in the videos. I think it’s because the vegetables that you typically buy here in Canada are bigger than their British equivalents. This is something I’ve run into a few times now when I’ve made non-Canadian recipes. It’s fine when the instructions are by weight or volume, but it’s possible to get unintended results if the measurements are by the number of fruit or vegetables. Just based on the size of the produce in the tutorial video, I know the ones I get at the grocery store here are bigger. Maybe they’re a different subspecies here? Or the soil is better? Or, if they’re imports, that we import them from a different source? Whatever the reason, I’d recommend adding more tomato puree and chopped tomatoes to the recipe if you’re cooking this in North America and want a properly red sauce. A few more carrots probably would help add to the base colour as well.

(Also, here courgettes are called zucchini; aubergines are called eggplants; tomato puree in tubes is almost unheard of, but you can get tomato paste in cans; and passata is not a commonly-found ingredient — it’s easier to find cans of chopped tomatoes.)

That being said, no matter the colour of the sauce, it tastes delicious, and my kids gobble it up, so I keep making it. I love that I can make it in huge batches and then freeze it to use again later. I’ve used the Hidden Veg sauce on noodles and on pizza, but I’ve also used it to make a lovely lasagna. 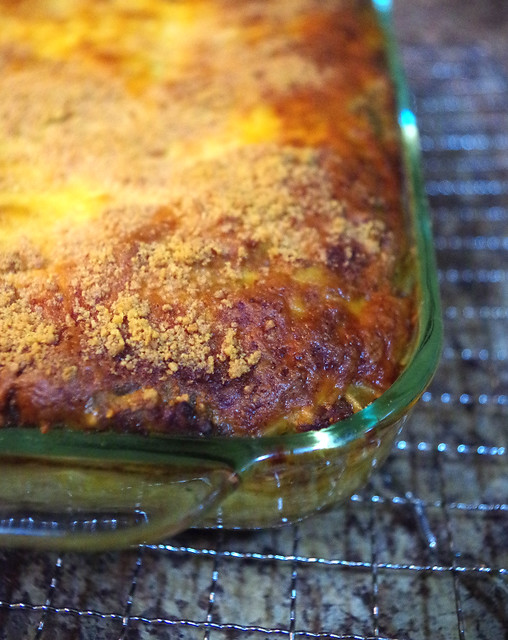 Sauce Mixture
Peel and chop:
– 1 small white onion
– 1 clove garlic
In a frying pan, heat:
– 1 tsp olive oil
Cook gently until onions are translucent, being careful not to burn.
Add to frying pan:
– 1lb ground turkey*
Season meat with:
– pinch of salt
With a spatula, break up clumps of ground meat. Cook meat until it is no longer pink in the middle and the outside is lightly browned. Pour off any grease.
Add to frying pan:
– 2 cups Kerryann’s Hidden Vegetable Pasta Sauce**
Simmer for 10min.

Noodles
While sauce is simmering, cook in a large pot of water according to package directions, until not quite al dente:
– 6 vegetable or spinach lasagna noodles***
Drain noodles and set aside. 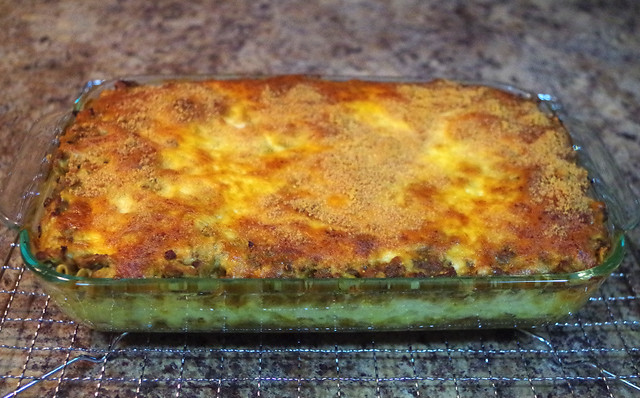 Preheat oven to 350°F (175°C). Bake for 40 minutes. Sauce should be bubbling around edges and cheese topping should be lightly browned.

Serve as is, or with garlic bread and a Cesar salad. 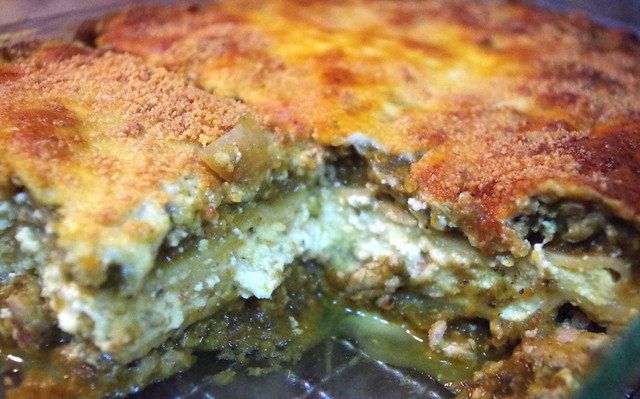