After the confetti cupcake disaster on Saturday night, a friend of mine suggested that I use the broken/misshapen homemade cupcakes to make cake pops. Despite my disappointment, I had saved the cupcakes — they still tasted great! So I gave it a go.

I had never made cake pops before, and honestly I had no idea how it was done. Based on the gadgets I’d seen in the stores, I thought you cooked them as little spherical cakes, kind of like a doughnut hole. After my friend’s suggestion I Googled, and what do you know? Cake pops are essentially cake meatballs. 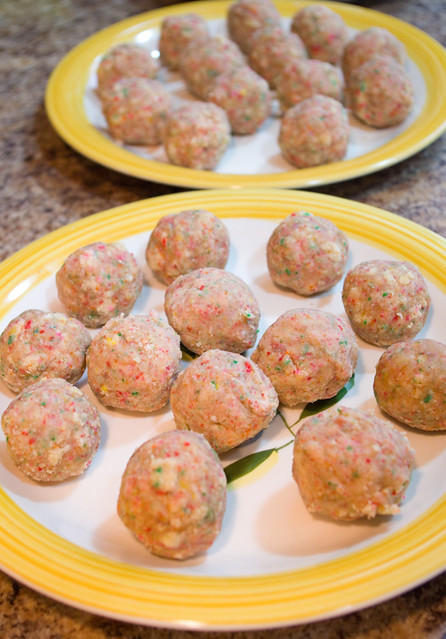 I followed the How To Make Cake Pops Easily tutorial on Divas Can Cook, and the further into it I got, the more like meatballs they seemed. The colours of the cake I was using didn’t help; it really reminded me of ground poultry. Basically, you take a cake (your “meat” and “spices” and “filler”), crumble it (i.e. grind it up), mix it with a bit of frosting as a binding agent (the “eggs”), and shape it into balls. I’ve made enough meatballs that once I realized the similarities, muscle memory pretty much took over. Once I got to the decorating stage, though, it was new territory. 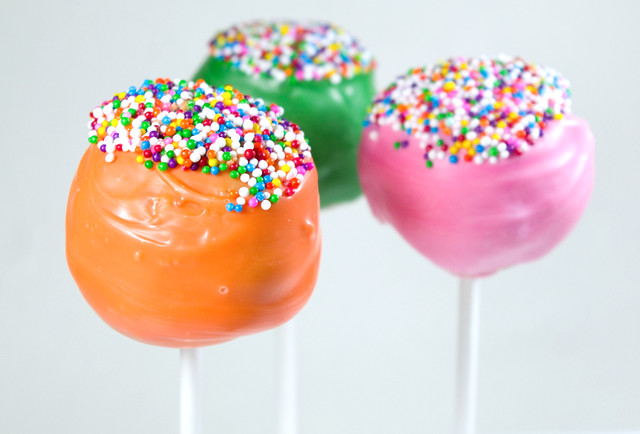 They’re definitely not perfect cake pops. They’re not spherical, the chocolate coating is sometimes lumpy, and the sprinkles aren’t artfully arranged. And forget fancy decorating; I just don’t have the skills to make them into flowers or Christmas balls or Easter eggs. But they’re a darned sight better than the cupcakes I started with. I consider this a success, especially for a first try.

To be honest, the kindergarten kids who are going to eat them are going to smear them all over their faces and clothes anyway. It doesn’t matter that the chocolate is hard, they’ll find a way.