Today is the first day of Ottawa ComicCon! If all goes well, my costume lineup should be as follows: 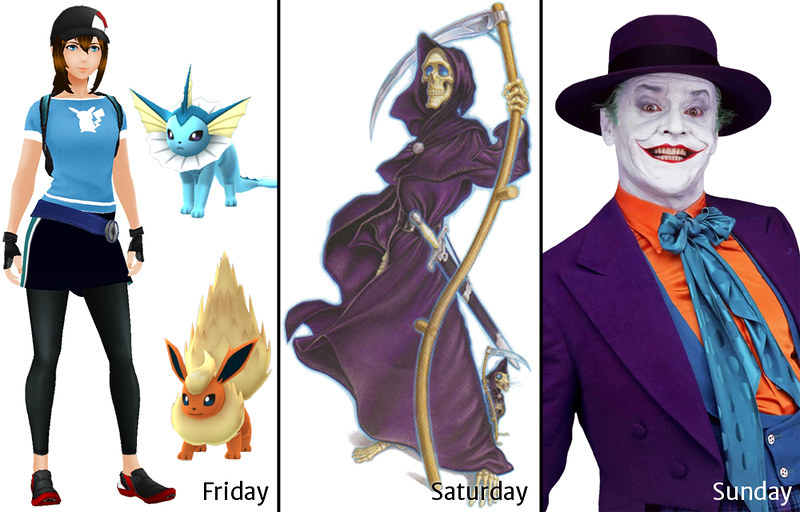 Left: graphics from Pokémon Go; center: Death as illustrated by Paul Kidby in The Art of Discworld; right: Jack Nicholson as the Joker (1989) via Warner Bros.

Friday: Pokémon Go player, with Thing 1 as Vaporeon and Thing 2 as Flareon
Saturday: Death from Terry Pratchett’s Discworld
Sunday: Femme version of the Joker from the 1989 version of Batman

Hope to see you all there! Don’t hesitate to stop by and say hello if you see me.