I brought my camera along to Ottawa ComicCon on the days where my costume would allow it, and I took plenty of photos. Of course, I didn’t notice that my ISO was bumped up ridiculously high until well after the fact — something about wrangling children and costumes in a crowd makes photography somewhat challenging. So most of my photos are really grainy. Even so, I here are some of the most fun costumes that we saw; of course, the ones my kids wanted to have their pictures with are ones that they’re familiar with, so Friday’s photos concentrate on kid-friendly productions. 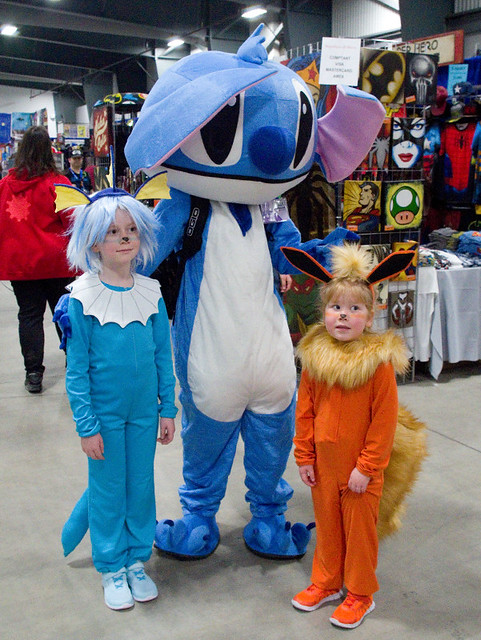 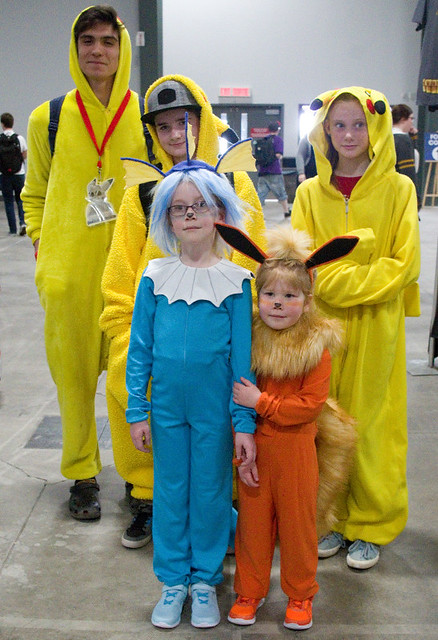 We found three Pikachus (Pokémon) in the same area, so we rounded them up to take photos with my little Eeveelutions. I don’t think any of them know each other. 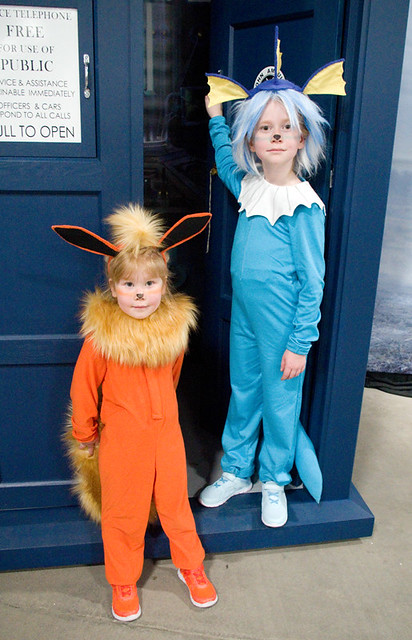 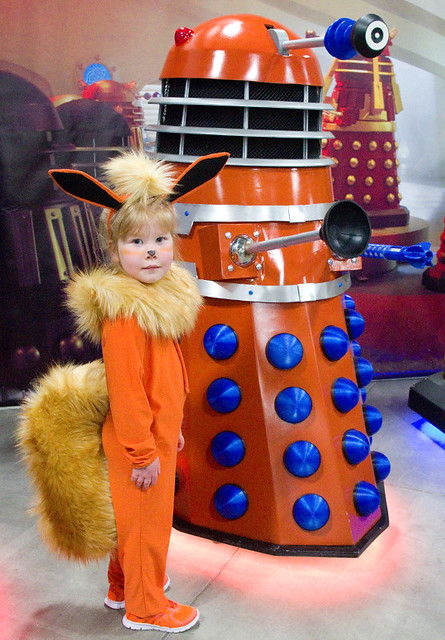 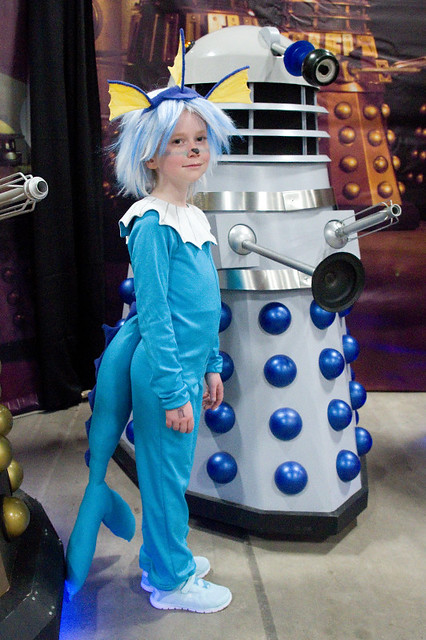 Thing 1 with a blue-and-silver Dalek in the Doctor Who booth, also chosen because it contains her favourite colour. 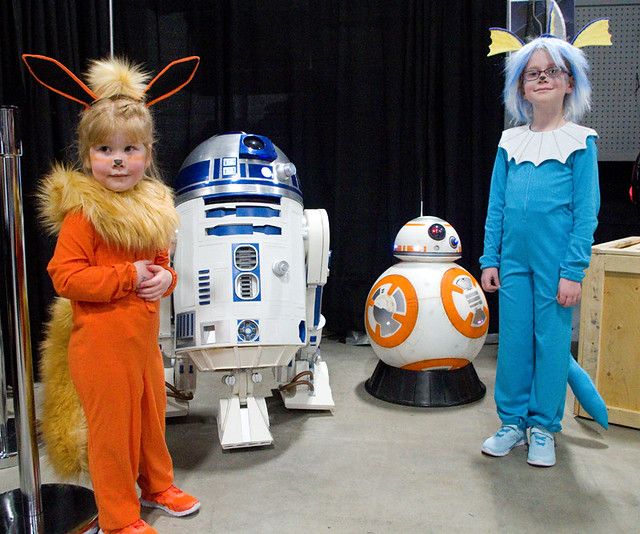 Thing 2 and Thing 1 beside their favourite parts of the Star Wars universe: the droids! (R2D2 and BB8 from the 501st’s booth.) 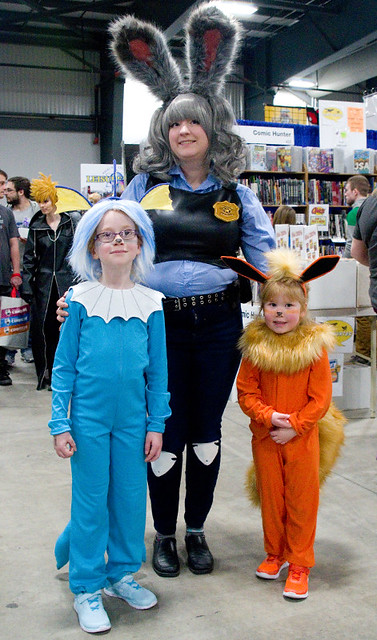 Given that they went as characters from Zootopia last year, Thing 1 and Thing 2 were thrilled to meet Judy Hopps. 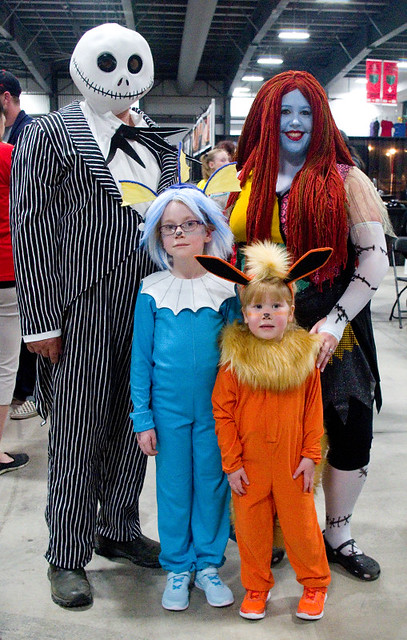 Thing 1 and Thing 2 were very happy to meet Jack Skellington and Sally from The Nightmare Before Christmas — especially Thing 2, as it is her favourite movie. Don’t let her expression here fool you. 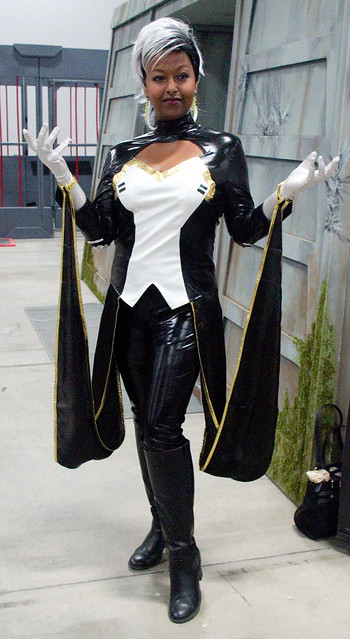 My mother took the kiddos for a few minutes, so I had a chance to snap a pic of this fantastic Storm (X-Men). 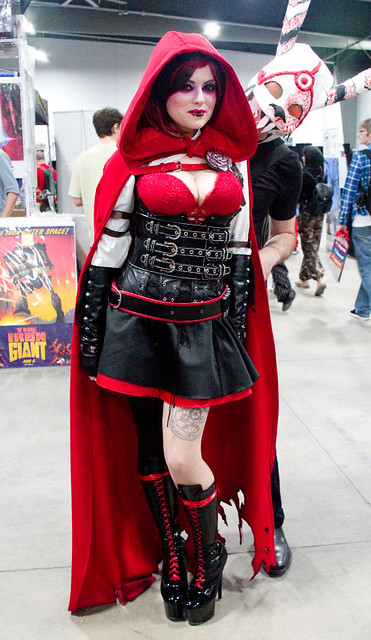 RWBY character Ruby, with a Grimm. 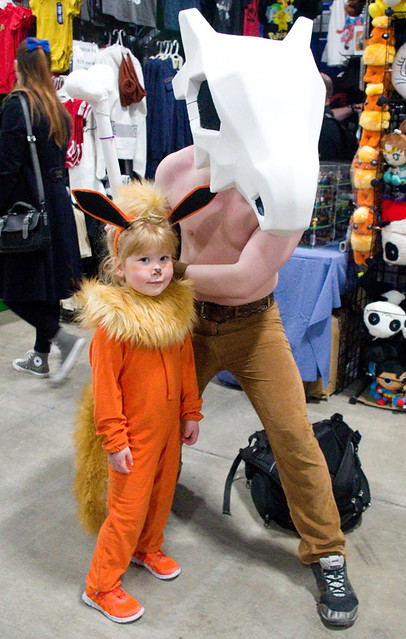 Thing 2 with Pokémon Cubone. This poor guy couldn’t see through his head piece at all! Looked great though. 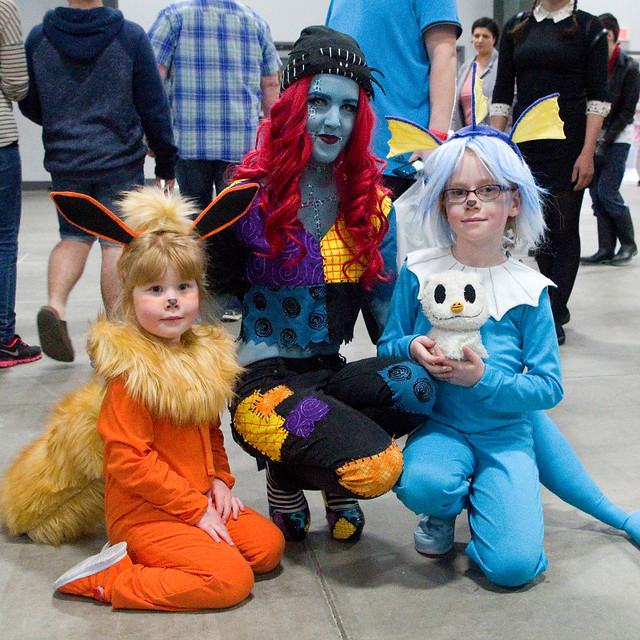 Thing 2 and Thing 1 with Hipster Sally (The Nightmare Before Christmas), as executed by the fabulous Lilithia Dark. She even let Thing 1 hold her stuffed Zero! The girls were super excited — once again, especially Thing 2, who adores this movie. “Mommy, she was so awesome!” I agree.

If you recognize yourself or anyone you know in my photos and want me to link to your cosplay page/Facebook/blog, just let me know!