Day 3 of Ottawa ComicCon (Sunday) I went as a femme version of the Joker from Batman. This was my easiest costume of the weekend, since I assembled the pieces instead of making them. I bought the ugly purple ladies’ suit years ago at Value Village for about $10; I’m pretty sure it was originally a mother-of-the-bride dress from the 1980’s. It was too small for me at the time, but the outfit just screamed “Joker” to me, and I hoped that one day I’d fit into it. (Now it’s actually a little bit big.) I bought the wig at Audrey’s Costume Castle and it was the last one of its kind that they had in stock, so I don’t know the make or model. The striped hose were from an American Mcgee’s Alice costume I’d done years before, and the shoes were just ones I’d had in the closet. The bow and flower were all from Michaels. I thought final look would be more Jack Nicholson’s Joker than anything else, but in the end I think I looked more like the 1960’s Cesar Romero Joker. At any rate, I don’t think anyone was confused as to who I was supposed to be. 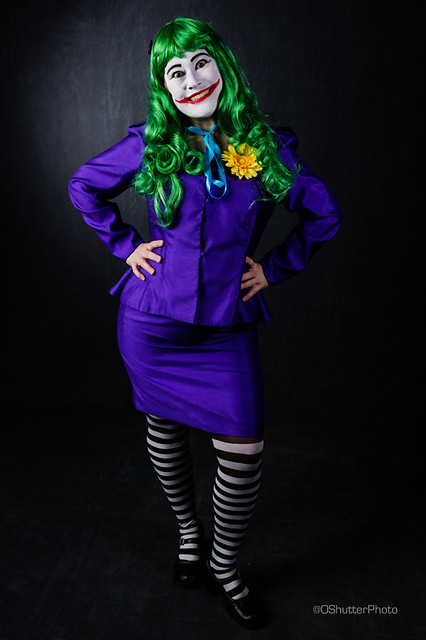 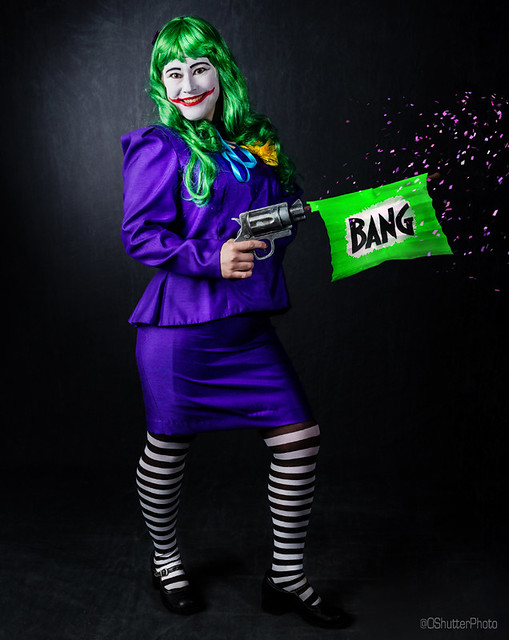 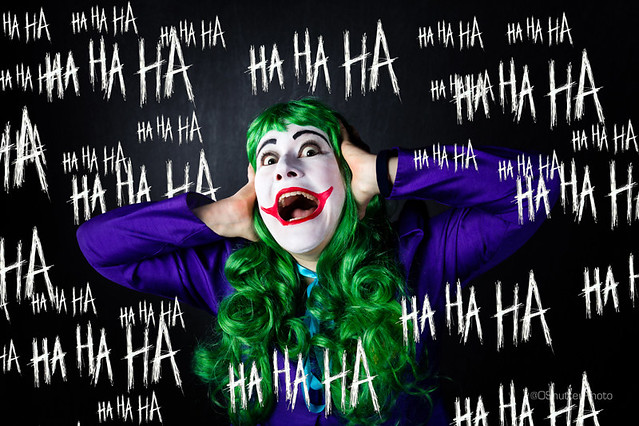