I am very pleased to be able to say that my pea vines are starting to produce pods! My rhubarb is usually the first plant to produce edible parts come spring, with my peas are coming in a close second. Unlike the rhubarb, though, if they’re given proper TLC, these plants will give me veggies for the entire summer. Now, I don’t grow enough of them for peas to become a major part of the diet in our house, but my kids love picking them straight off the vine and will snack on them until the vines die off. 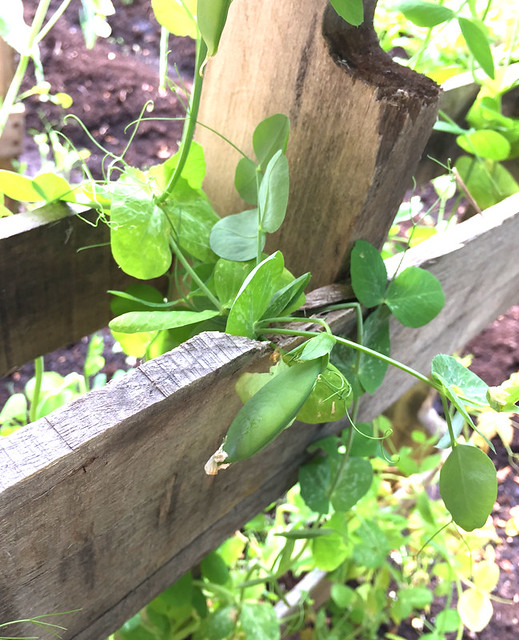 I can’t help it though, whenever I work on my pea plants, I can’t help but start humming the protest song parody by the Arrogant Worms called Carrot Juice is Murder. This was the height of humour for me as a teen, and I still know all of the words. I’m pretty sure my dad could still sing along too.

I really hope that I’m not the only one whose mental soundtrack while gardening is this song. But I’ve been told I’m weird my entire life, why should it stop now?