I was trying to be as Canadian as possible this week and made maple rhubarb crisp from the recipe on page 116 of Sweet Ontario Pure Maple Syrup: Our favourite Maple Recipes, which is published by the Ontario Mable Syrup Producers’ Association. I picked up a copy of this cookbook this past weekend at the Cumberland Farmers’ Market, which is where I also picked up the rhubarb for the recipe. I didn’t purchase any good Ontario maple syrup at the time, but only because I already had two big jugs in my fridge. Can’t get much more local than that! 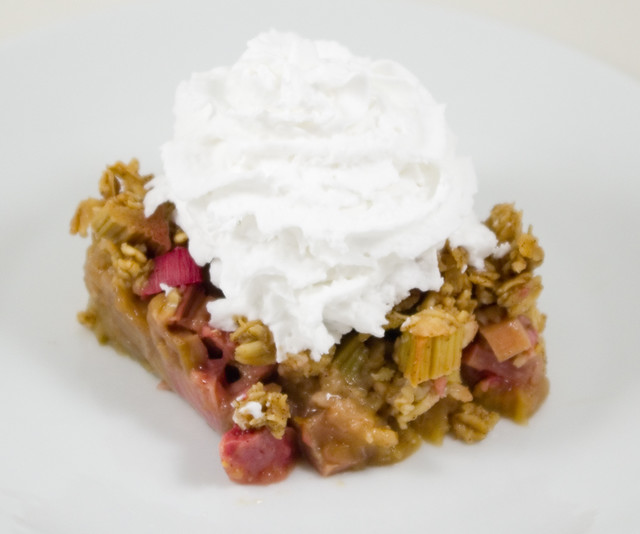 I was really happy with how this recipe turned out. The crisp was the perfect blend of sweet and tart. I’m really looking forward to trying other recipes in this cookbook, such as the french toast casserole and maple BBQ chicken. 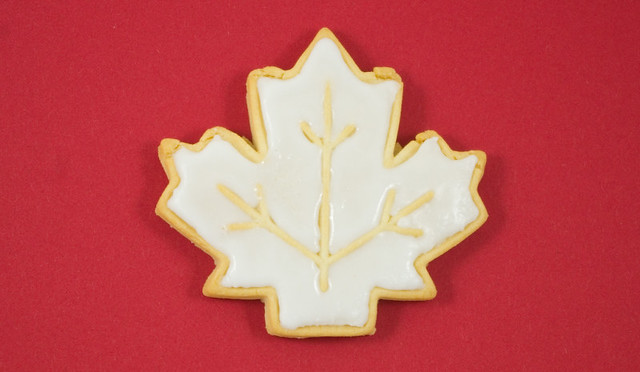 Of course, I had to check out some of the Canada-150-themed foods that are being sold in preparation for the big day. The above cookie was from a two-cookie decorating kit that retails at Walmart for $1.50. They aren’t half bad, given the price! My kids are going to decorate their own tomorrow. For an American company, Walmart carries an awful lot of Canadiana. But as the Arrogant Worms quipped in The Mountie Song:

Speaking of the Arrogant Worms, here’s their song Proud to be Canadian, from the album Live Bait.

I hope you all have a safe and happy Canada Day!