Yesterday I spent most of the day and well into the evening trying to use up some of the produce from my garden before it went bad. This time of year can be a real challenge when everything needs to be harvested, cleaned, prepared, and often canned or frozen all at once. And I haven’t even started dealing with my root vegetables, which are starting to pop out of the soil they’re getting so big!

I harvested the four pears that were growing on my tiny little pear tree. The three on the left were of one type, and the one on the right is another. The tree has four different kinds of pears grafted onto the main trunk, but I stupidly removed the labels and now I can’t remember what varieties there were. I’m pretty sure the odd one out on the right is a Bartlett, though. I considered trying to bake something with the pears, but my kids claimed them for their lunches. 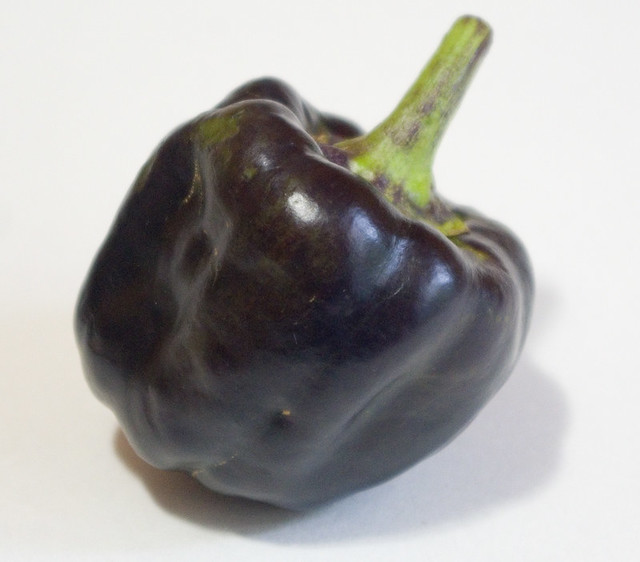 My black sweet pepper plants only yielded one black pepper; unfortunately, the others all died or turned out to be green peppers. I really only grew these as an experiment anyway, since I’m not a huge pepper fan, so I gave them to my mother.

My apple tree is starting to drop its fruit; sadly, the poor tree suffers from a nasty case of apple scab despite my care, and a lot of the fruit aren’t good to eat. Apple scab itself is safe (although it’s ugly), but it does mean that the fruit often ends up cracked and rotting on the tree, or creates areas where it’s easier for pests to crawl inside. Even so, I have lots of apples to use up in recipes — this variety is very tart, so it’s best cooked. 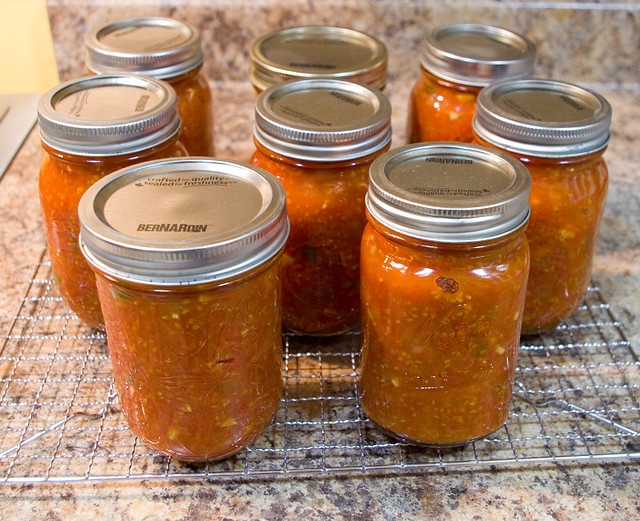 I’m still harvesting a lot of tomatoes; although I feared frost a few weeks ago, this past week has been one of summer-like heat, so my tomatoes are actually still flowering! What fruit is on the vine is ripening nicely, so I may not have too many green tomatoes to deal with this year (even though I have a few great recipes for those too). Last night I made up another batch of Blender Salsa from page 92 of Preserving by the Pint: Quick Seasonal Canning for Small Spaces (Marisa McClellan, 2014), since my husband likes that version so much. The above photo was taken immediately after removing the jars from the hot water canner. 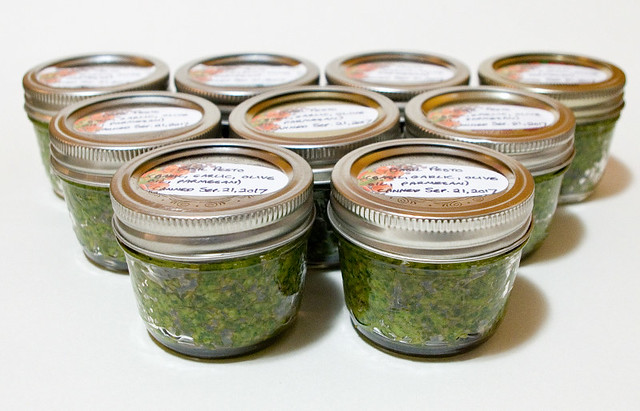 The basil plant in my mom’s garden needed to be cut back for the season, so she let me have all of the leaves in exchange for some of the pesto I made with them. Pesto is one of my favourite sauces to make because it’s so darned easy and can be made with so many leafy greens. I’ve made pesto before out of beet leaves, nasturtium leaves, and garlic scapes. The one that I made last night was the most common type: basil, garlic, olive oil, and Parmesan cheese. 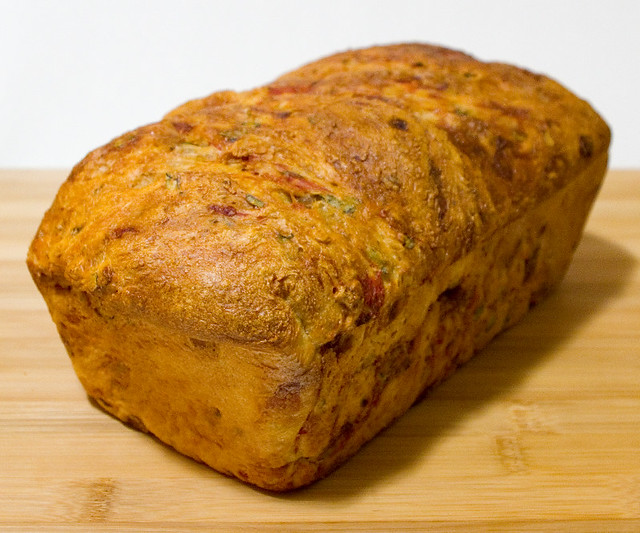 Before I made the salsa and the pesto, I set aside two large tomatoes and a tablespoon of basil so that I could bake Fresh Tomato and Basil Loaf. The recipe is found on page 156 of Bread Machine: How to Prepare and Bake the Perfect Loaf (Jennie Shapter, 2002). This bread is started in the bread machine, which mixes, kneads, and proofs the dough. Then the dough is removed from the machine and additional ingredients are kneaded in by hand, the dough is left to rise in a loaf pan, and then the bread is baked in the oven. The addition of the tomatoes made this dough really sticky and unpleasant to knead, and I made an enormous mess, but it was totally worth it since this bread is delicious. I will definitely be using this recipe again.