This past weekend began with my dad’s birthday on Friday. September is a busy birthday month in my family, with my brother’s birthday near the start of the month, and then my mom’s just over a week later, and then my dad’s about a week after that. Before she passed away, we celebrated my Nan’s birthday right at the end of the month as well. This meant a lot of birthday parties and dinners, although as we got older, more of the latter than the former. 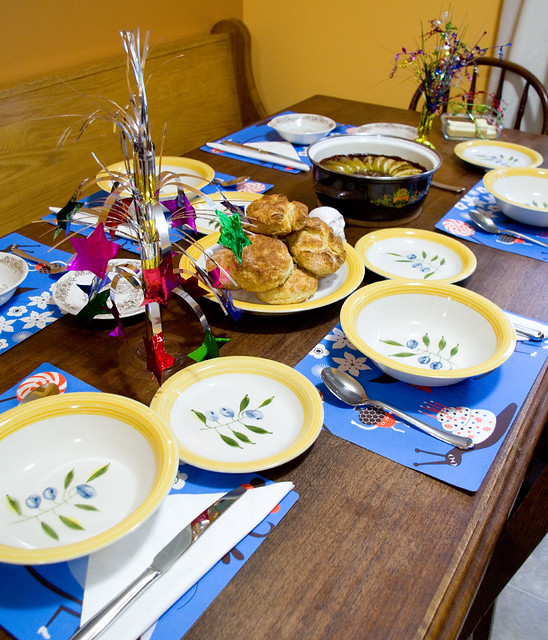 Dad’s request for his birthday dinner was much more traditional for my family than my mom’s, given both the region in which we live and our cultural heritage. Dad requested baked beans and biscuits, followed by butter tarts for dessert. Baked beans are generally considered to be a Québec specialty, but they are extremely popular in Ontario and New Brunswick as well (both provinces have a proportionately large French-Canadian population, especially where they share a border with Québec). My father fondly remembers my grandfather making baked beans for the family; it was probably one of the recipes he learned while working as a lumberjack. The baking soda biscuits are definitely Granddad’s recipe, passed down to me by my father. And butter tarts are a quintessentially English Canadian dish, although it’s not one passed down to me by my grandparents; so far as I know, Granddad wasn’t much for fancy baking, and Nan never mastered the art of pie crusts. 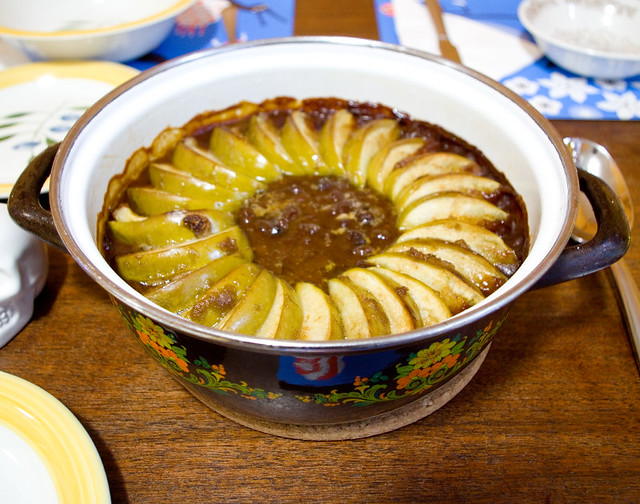 All that being said, I’d never made baked beans by myself before — that had always been Mom’s job! So I needed to look up a recipe. The Maple baked Beans With Apples on page 151 of The Canadian Living Cookbook (Carol Ferguson, 1987). I adapted the recipe to cook predominantly in the crock pot, since I didn’t want to run the oven for hours and hours on such a hot day. I basically tossed all of the ingredients that would have been baked in the first stage in the crock pot for about 16 hours. Then I ladled it all into a Dutch oven, topped with sliced Granny Smith apples, brown sugar, and butter, and baked it all together uncovered for an hour. It turned out absolutely fabulous, enough so that my parents asked me for the recipe! 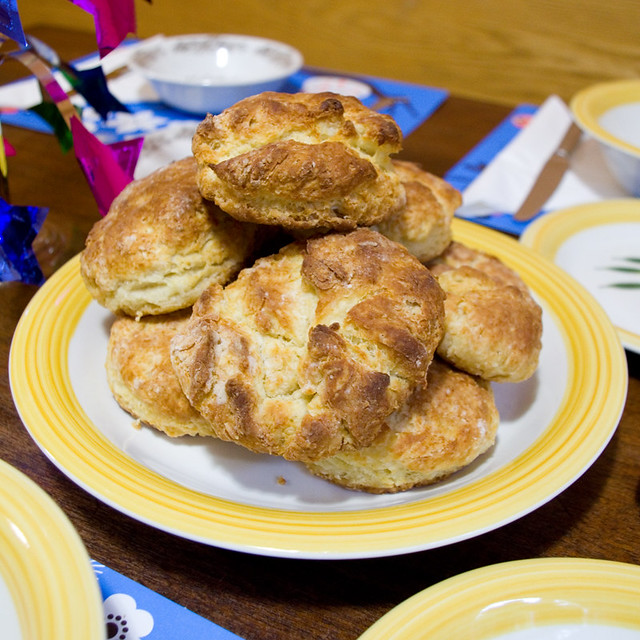 The biscuits, of course, were Dad’s Biscuits. I rolled out the dough and cut it with a cookie cutter instead of going with the easier drop-off-a-spoon version, since formed biscuits hold up better to dunking or spreading with baked beans. I asked Dad if it was weird to have his own recipe made for him, and although he agreed that it was an odd feeling, he wasn’t complaining. 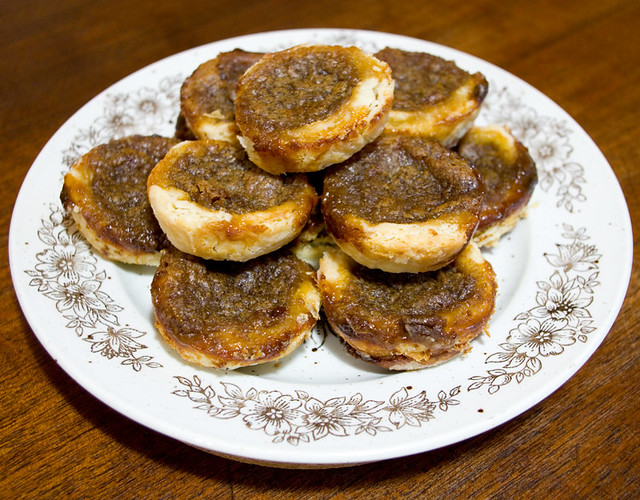 Served last were the raisin butter tarts. I used the same recipe as I did for the potluck dinner a month ago: page 234 of The Canadian Living Cookbook. However, I substituted an equal volume of golden raisins for the walnuts that the recipe called for, which tasted delicious. I kind of overfilled the tarts though, so they boiled over when they baked and hence look a mess. They tasted good anyway, although the stickiness of the overflowed filling meant that they were a pain to remove from the pans. 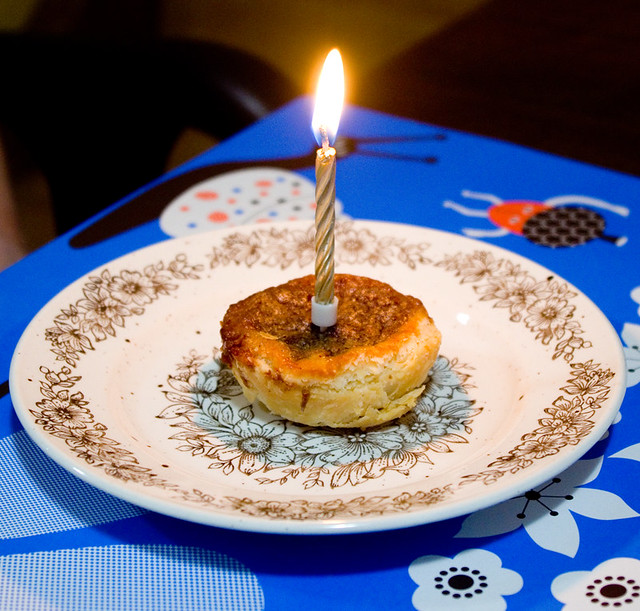 So happy birthday to my dad! Love always to the man who taught me through his automatic acceptance that people can do whatever they put their mind to, no matter what traditional gender roles in our society may dictate.