I feel like I’ve spent all of my time over the last few weeks canning. One thing in my garden will become ripe all at the same time, meaning that I have to either eat or can it all (generally a combination of both) before it goes bad. Most of the food that I grow will go bad faster than I can eat it, with the exception of my potatoes and shallots, which have a great shelf life if kept in a cool, dark place. 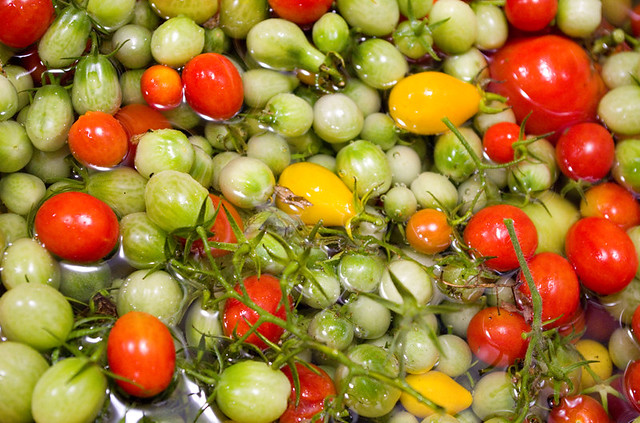 Tomatoes in the sink being washed.

The biggest issue for about a week was my tomatoes, because we were starting to get the occasional frost at night. It was only a light frost and the damage was primarily to the plant’s inedible leaves, but here those light frosts are a warning of deeply freezing night temperatures coming soon, so they must not be ignored. I pulled out all of my tomato plants and picked every single fruit, whether they were ripe or not. Actually, most of what was left was green, but I didn’t mind too much since I have lots of dishes that work well with green tomatoes. 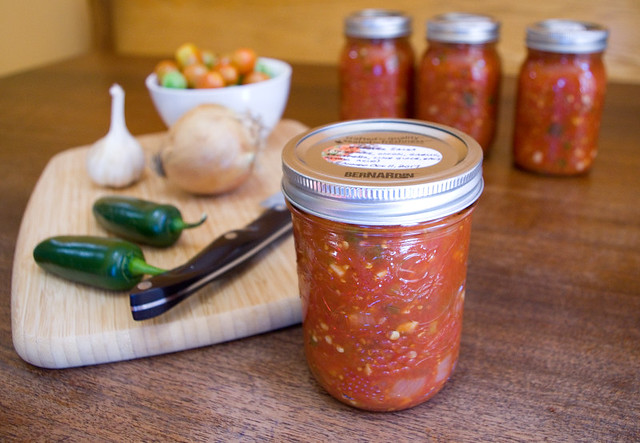 I separated the ripe tomatoes from the green ones, and made my last batch of homegrown Blender Salsa until next year. (The recipe can be found on page 92 of Preserving by the Pint: Quick Seasonal Canning for Small Spaces (Marisa McClellan, 2014).) I also included tomatoes from a friend’s garden in this batch, but I still only ended up with about two litres of the end product. 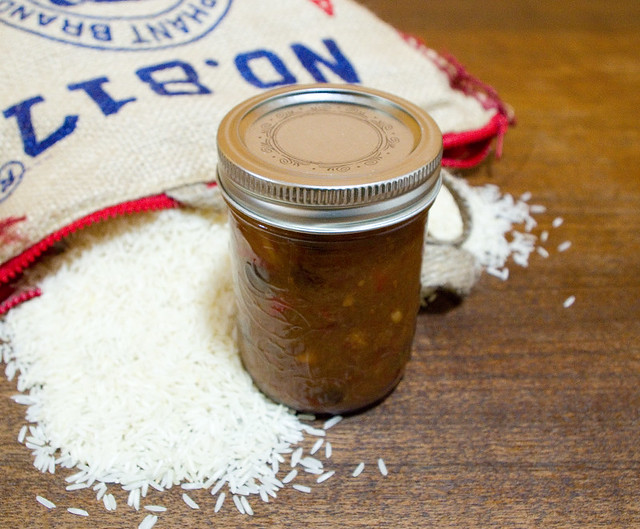 I thawed some of the rhubarb from earlier in the season, and I cooked up about 1.5L of Tomato-Rhubarb Chutney (page 132, You Can Can: A Guide to Canning, Preserving, and Pickling from Better Homes and Gardens (2010)). This chutney was a big hit with my in-laws last year, so I knew I had to make some more. 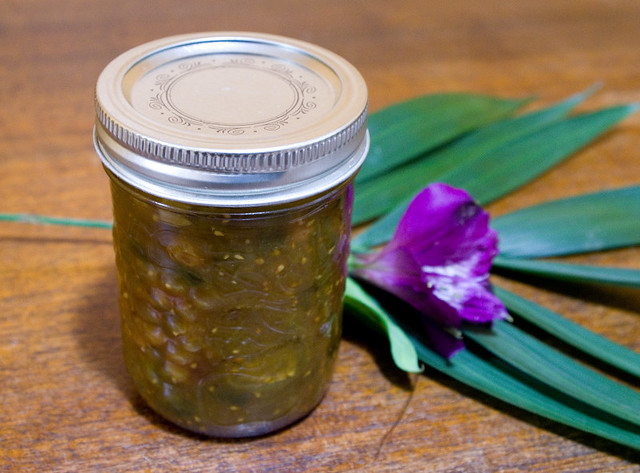 I really hope that I got the recipe right for this last one, because I made almost five litres of it. I got a huge number of compliments last time I made Green Tomato Chutney, and many requests that I make more. I would have done so immediately, but it calls for green tomatoes and they’re really only available at a very specific time of year. Imported or hothouse tomatoes are never sold green around here. The thing is, the last time I made this preserve was before I started recording my cooking in this blog, and I didn’t write down what book the recipe came from. (I can’t tell you how useful this blog has been for keeping track of what I made, when, with what recipe, and with what changes. The fact that it’s searchable has made my life so much easier.)

This year, when trying to recreate my success, I realized that I own five different preserving cookbooks with five slightly different versions of this recipe — and that’s without going into any of my “big fat cookbooks that tell you everything about everything”, as they call them in the I Hate to Cook Book. At any rate, I think I found the correct recipe, since it’s the only one in my library that calls for golden raisins, and I distinctly remember putting golden raisins in the last batch. The Green Tomato Chutney recipe that I used can be found on page 208 of The Canadian Living Complete Preserving Book (2012). I have my fingers crossed that I remembered correctly and that it will be enjoyed as much as the previous batch!