I finally started to get into the Christmas spirit a little bit this weekend, probably because on Friday afternoon my yard looked like this: 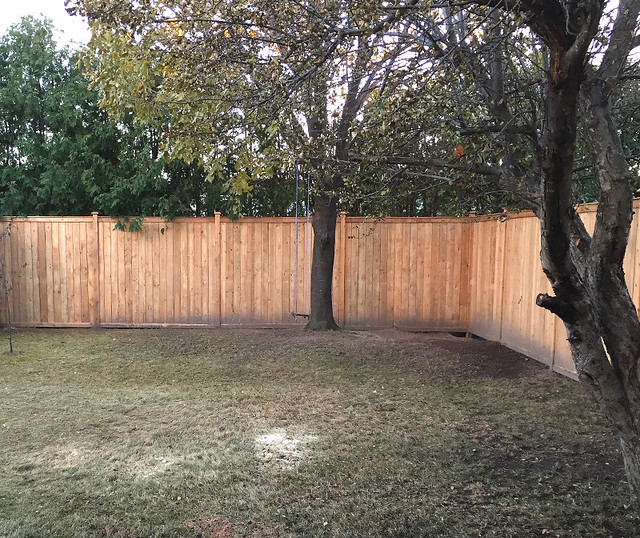 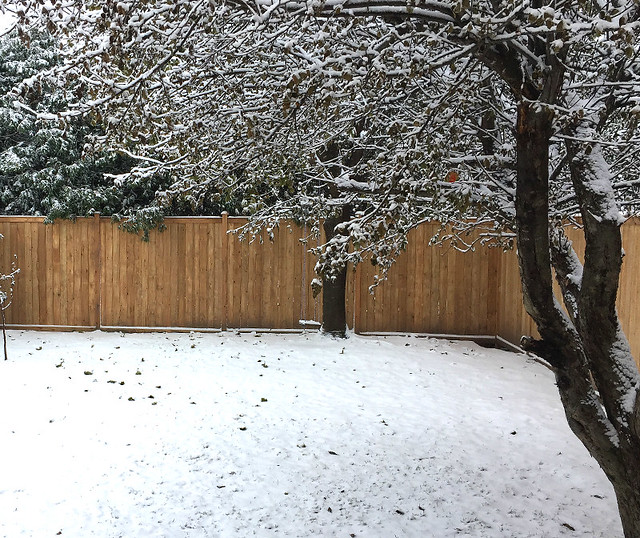 Many of my friends and family bemoaned the precipitation and freezing temperatures, but I always like a bit of snow before Christmas. A green Christmas just isn’t very Christmas-y to me. That being said, it’s supposed to go up to 9°C (48.2°F) on Tuesday, so it’s not like this is going to last. 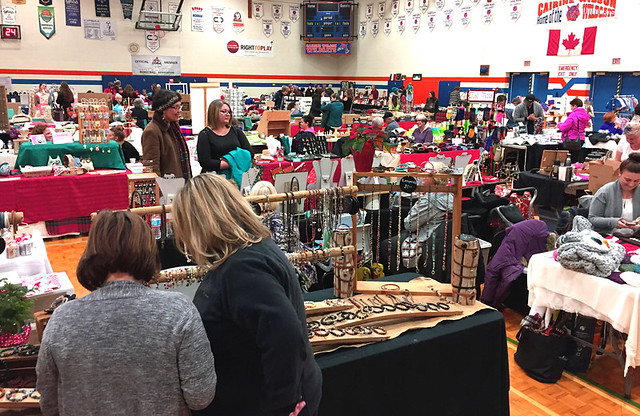 It really put me in the mood for Christmas shopping, though. Unlike in the States, where the holiday buying season appears to officially start as soon as the clocks strike midnight the day after American Thanksgiving, we don’t really have a traditional time to begin. Some people shop all year ’round. Some companies put out their Christmas merchandise at the same time as they’re building their Halloween displays (which is a little early to me, but oh well). For me, all of the Halloween debris has to be cleared away and there has to be some snow on the ground for me to feel like shopping for gifts — although I have been known to pick things up six months in advance if the opportunity arises at a great price. 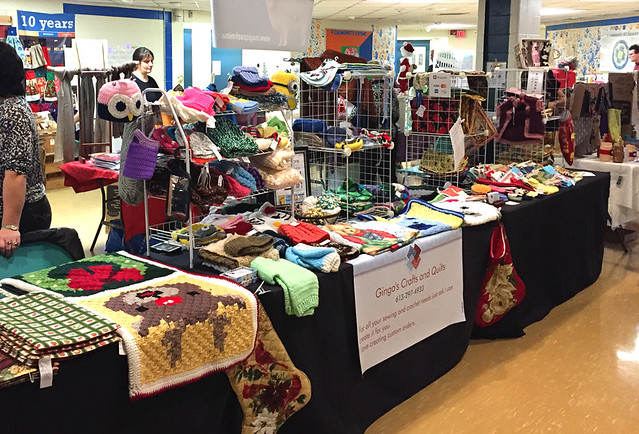 I went with my mother, Thing 1, and Thing 2 to a number of craft fairs on Saturday, but one of my perennial favourites was the one held at Cairine Wilson High School. It’s a huge fair; it packs full the big gym, the little gym, the hallways, and the cafeteria. Given the number of booths, I’m bound to find something that I know someone will like. 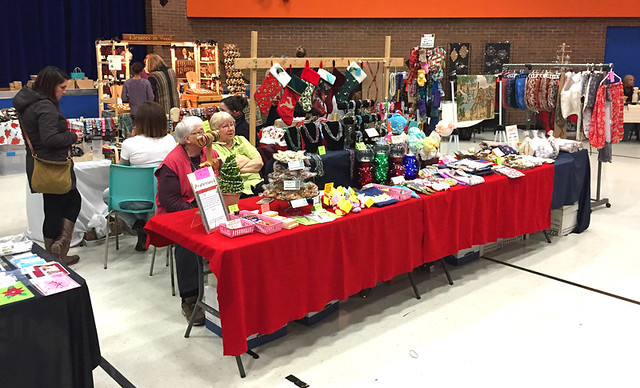 But even if I don’t find the perfect gift for someone, it’s a lot of fun to check out the wares of local craftspeople. This is one of the few times of year that a lot of these people make their work available to the public; many craftspeople work all year by themselves to make enough stock for one or two holiday shows. 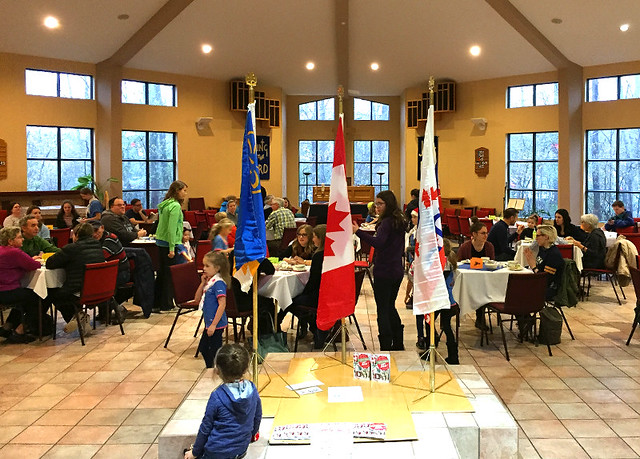 After hitting a few craft fairs, we rushed home so that the kids could get changed into their uniforms and we could drive out to Epiphany Anglican Church where the Girl Guides’ Holiday Tea is held every year. Since I’d gone to all of the effort of baking brownies for the tea, I pretty much had to attend. It’s always a lovely time, with such cheerful little servers and so many delicious treats on which to nosh. 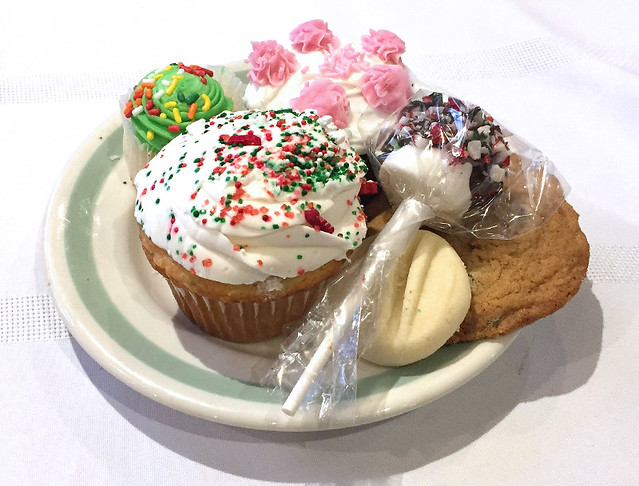 I may have kind of taken a picture of some of the sweets for our table after I’d already nabbed the chocolate ones. Just maybe. I think that the next to go was that shortbread on the bottom right, since I’m a sucker for those too.