I wanted to spend today working on my last-minute costume, but the weather has started to change for the colder, and that meant that I had to make some changes to my house. The Weather Network is calling for rain, freezing rain, and snow over the weekend, so I had to be prepared. First, I had to put up the Christmas lights, since climbing on a ladder in the ice and snow is not a good idea. 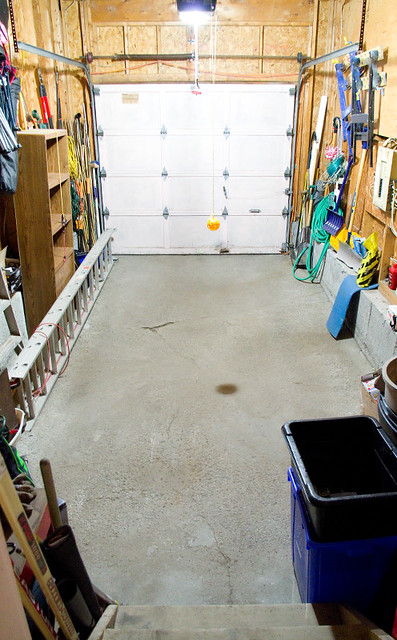 Second, I had to clean the garage. I know it may not look like much, but it took me the rest of the day to get my garage this tidy. I really prefer to park under a roof in the winter; the car starts easier, it takes less time to get out the door because I don’t have brush/scrape off snow/ice, and it’s just generally better for the longevity of the vehicle. In warmer weather, however, my garage becomes my workshop-slash-storage-space, and it becomes cluttered and messy, and there’s no way you can get a car in there for about six months. So every fall I have to give it a good clean, and this year I’d let it get bad enough that it took me most of the day. 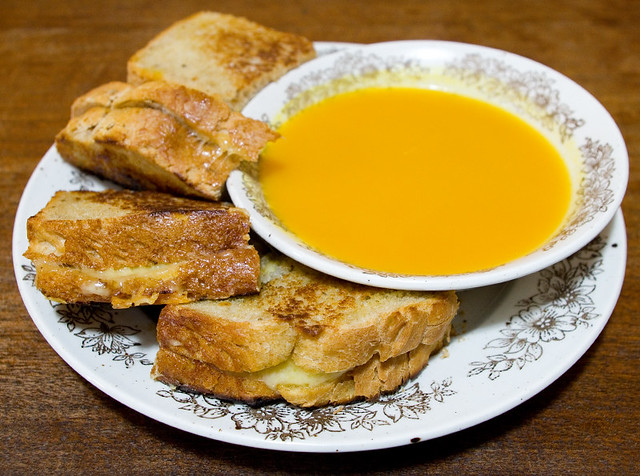 We still had to eat, of course, so I kept in the same mind-set as yesterday’s Clean Out Your Refrigerator Day — this having nothing to do with the fact that I still hadn’t gone to the grocery store, of course. I made grilled cheese for the family using yesterday’s Light Rye and Caraway Bread (page 75, Bread Machine: How to Prepare and Bake the Perfect Loaf (Jennie Shapter (2002)) and leftover cheese from the cheese-and-crackers tray from the Halloween party, which I think was mostly cheddar and Havarti, possibly Gouda. Sadly, there was just toast for me, since I have yet to find a non-dairy cheese that I actually like. Alongside the sandwiches I served cream of carrot soup that I had made up around Easter and frozen. 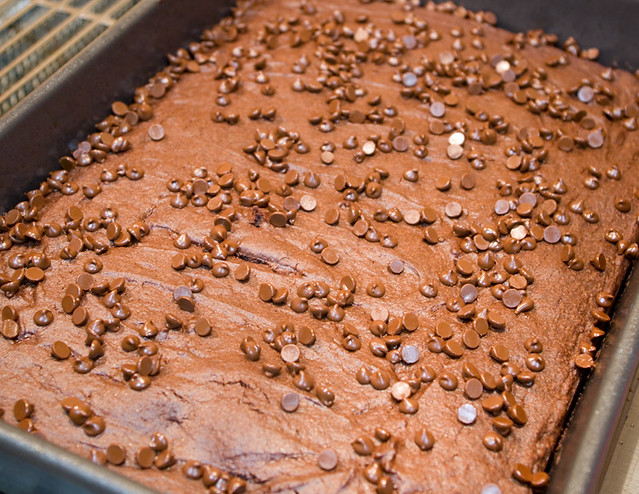 This weekend there is an annual fundraiser to send the area Pathfinders on an excursion, for which the younger girls (Sparks, Brownies and Guides) help out. The fundraiser is a holiday tea held at a local church. Parents supply beverages and baked goods, the Pathfinders organize and run the kitchen, the Guides serve the hot drinks, the Brownies serve cold drinks and treats, and the little Sparks just serve treats. The younger girls only work in one-hour shifts and are always given the chance to sit down and have tea and treats afterwards, so they love participating in this fundraiser. Plus, it makes them feel really grown up. 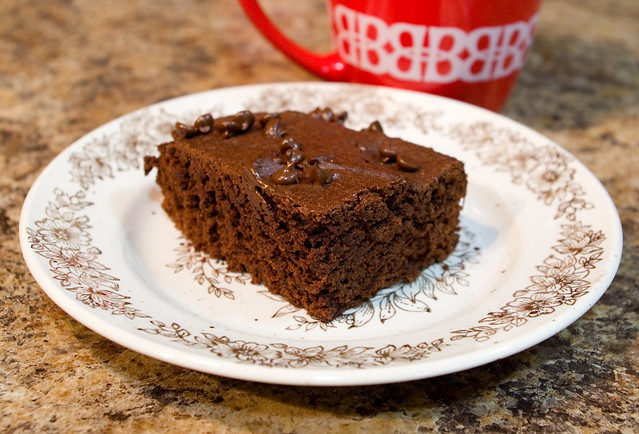 Thing 1 helped me choose and bake the treats we’ll be providing, which after a perusal of my cookbooks Thing 1 proclaimed had to be brownies-without-the-capital-B. She picked the recipe from Cookies: Recipes for Gifting & Sharing (Publications International Ltd., 2016), the classic brownies on page 35. Other than taking longer to bake than the directions specified, they went off without a hitch! Of course, I had to try one of the brownies before I packaged them to drop off tonight, and they’re rich and chocolatey soft, firm on the outside with a soft, moist (but not under-cooked) center. I am definitely pleased with this recipe, and not only because it’s so easy! My only qualm is that it has a bit of dairy inside, so maybe in the future I’ll be able to come up with a non-dairy version.