Exactly two weeks until Ottawa ComicCon, and now is the time to start freaking out! I’m nowhere near done my costumes. 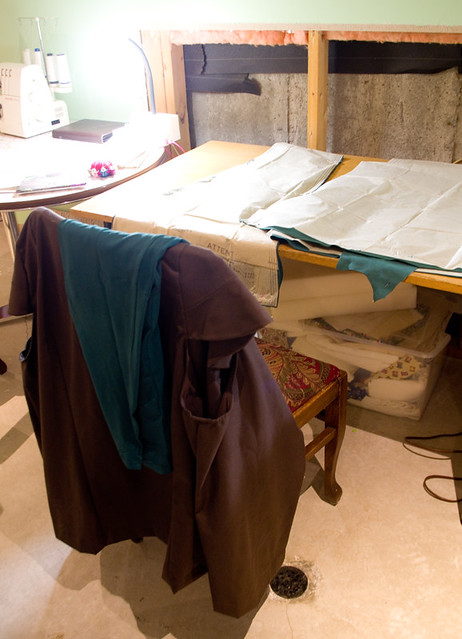 All right, Sunday’s costumes are mostly in the bag. The vests are hung up on the back of the chair here, along with the leggings. The shirts should arrive in the mail later today, and my mom is making the hats. So I think that I can safely stop worrying about that one. 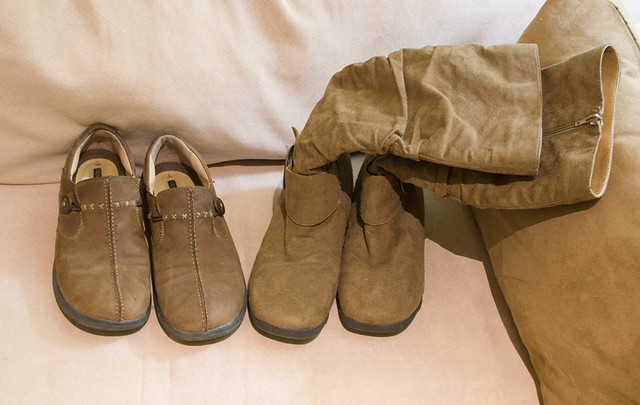 A couple of days ago at Value Village, I even managed to find low shoes for myself and tall boots for a friend of mine who’s going to be in the same group. They were only $10 a pair! So I don’t need to make boot covers, and neither does my friend.

In the first picture, there’s a dress all cut out an ready for sewing on the table. That’s Saturday’s costume, which is showing progress, at least. 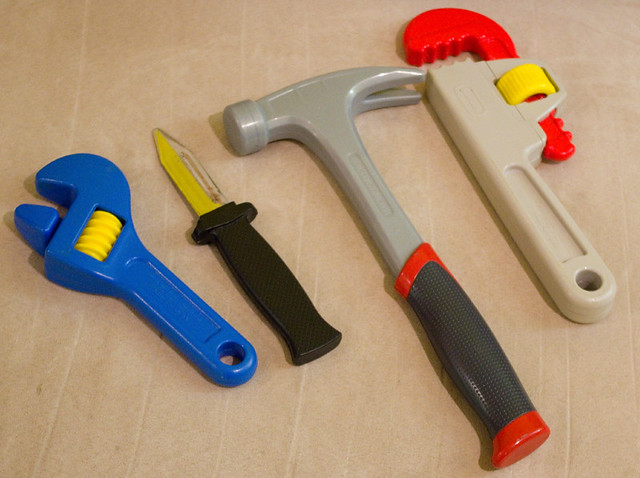 For Friday’s costumes for Thing 1, Thing 2, and I, I managed to find some second-hand toy tools and a fake knife that only need a lick of paint to look reasonable. 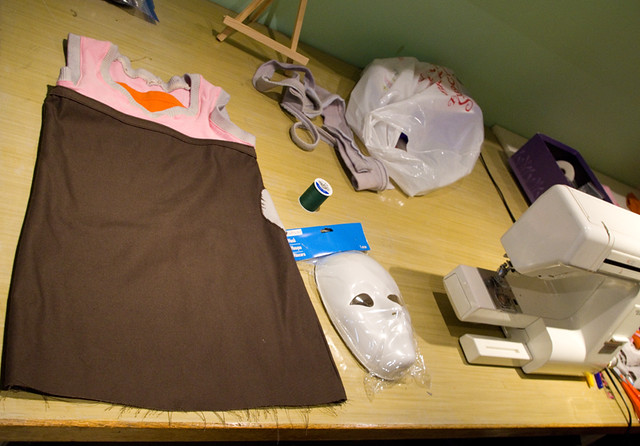 Really, it’s the Friday costumes I’m most worried about. Mine’s barely started, and Thing 1’s requires sewing with Spandex (which I have very little practice at). Why, oh why did I choose to do costumes that have so many fiddly little details? At least Thing 2’s dress is mostly done, as seen in the photo above… Yes, it’s supposed to look that shabby. I’ll actually have to weather it more than that once the last of the detail sewing is done. And if you can guess what it’s supposed to be, you’re as big of a geek as I am.

Well, I know what I’ll be doing all weekend.