As we do every year, we went to Richard Dufault‘s booth and had him take professional pictures of us in our costumes. As such, all the photos in this post are his work — and, as always, they are great! 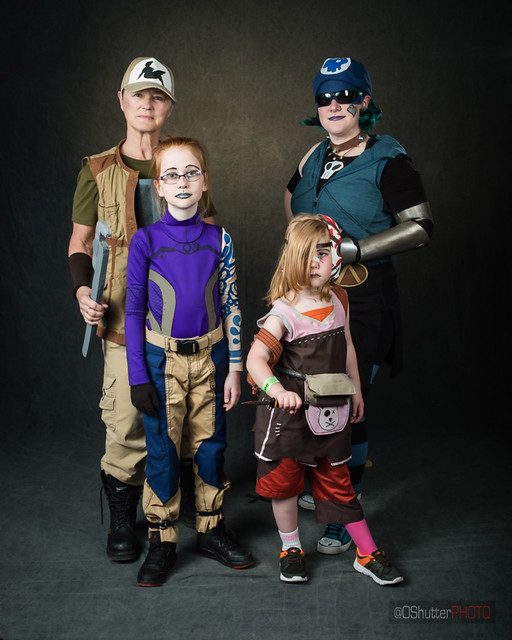 Our Friday cosplay was from the video game Borderlands 2, which my husband and I play and, after Thing 1 watched us play for a while over our shoulders, we decided she could play along with us. Thing 2 is much too young for said game play (she’s really more on a Terraria level at this point), but she has watched over her big sister’s shoulder as she plays and had to get in on the fun. 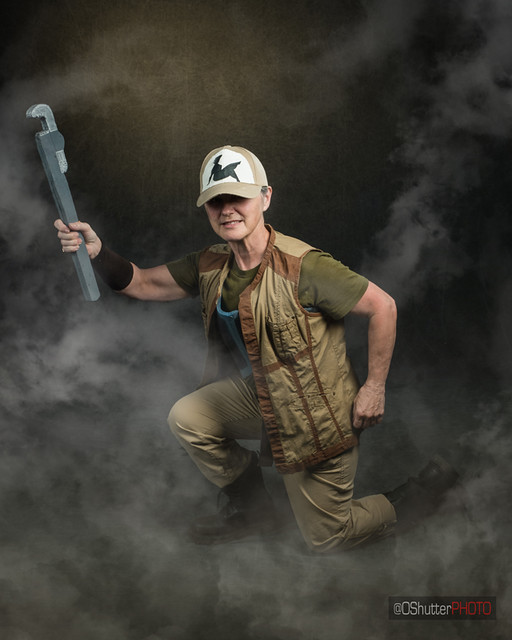 My mother joined in on this cosplay even though she doesn’t play the game, and she went as a pretty darned good Scooter, and NPC who is the son of Mad Moxxi and Jimbo Hodunk, brother of Ellie. She made most of her costume, although my father made her armour and wrench out of foam. 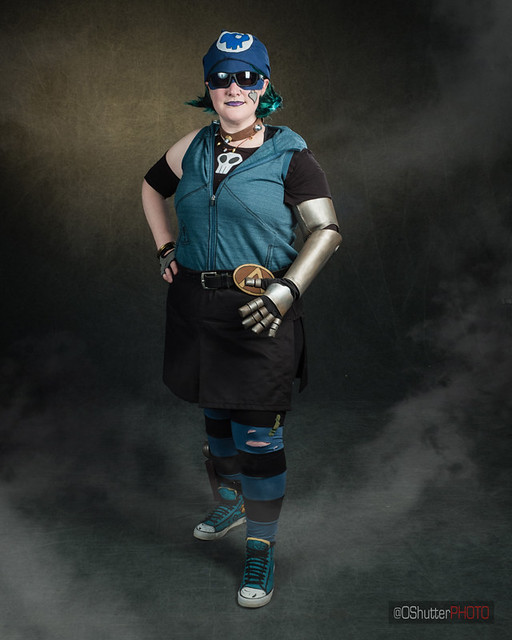 I went as the player character Gaige the Mechromancer, although you might note if you look at the reference photos that there are some liberties taken with the costume. One of the great things about this game are the skins (alternate colour schemes) and heads (exactly what it sounds like) that you can earn throughout the game to customize your character. I chose the Grease Monkey head and Horrible Religion skin. As for the fact that I’m missing a few accessories… Well, I ran out of time. I was pretty proud of the fact that I made my first ever foam armour in the shape of a prosthetic metal arm, though. It’s not perfect, but not bad for a first go! And I am wearing a wrench on one ankle in a holster, and a hammer at my back in a belt pouch… But of course you can’t see that in these pictures, because I was trying to show off my “arm”. 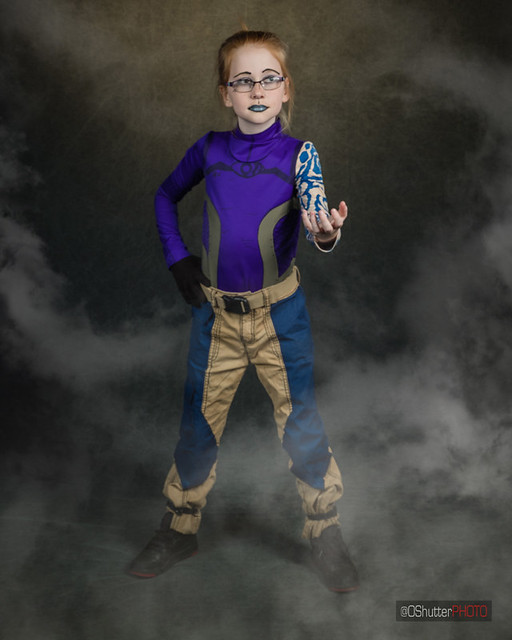 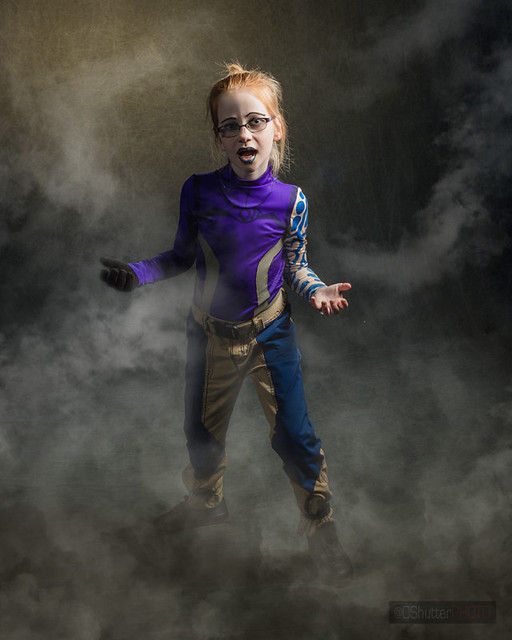 Thing 1 went as the player character Maya, the Siren. The reason she’s holding her hand with the “tattoos” the way she is is that she’s supposed to be summoning kind of a lightning ball or a force bubble, which is a physical manifestation of her Siren power. (Trust me, it makes sense in the game.) That’ll have to be edited in at a later date. As with my costume, Thing 1 got to choose the skin and head, so she’s wearing the Professor of Pain head and the Light Urple skin. I chose to kind of de-sexify this costume a bit, i.e. remove the “boob window”, since Thing 1’s only a kid and I didn’t think it appropriate at her young age. 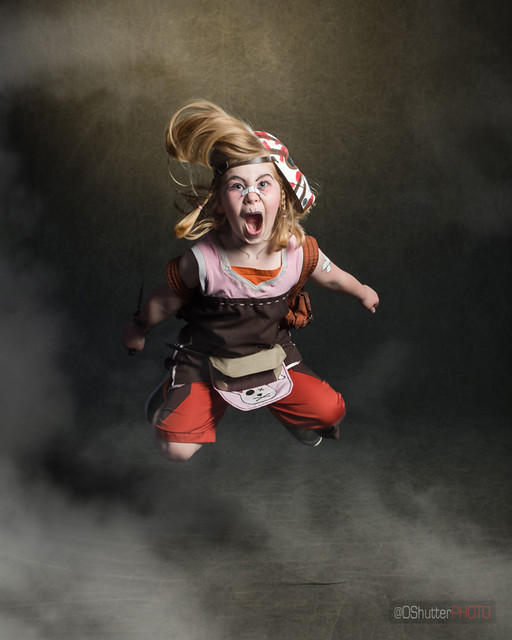 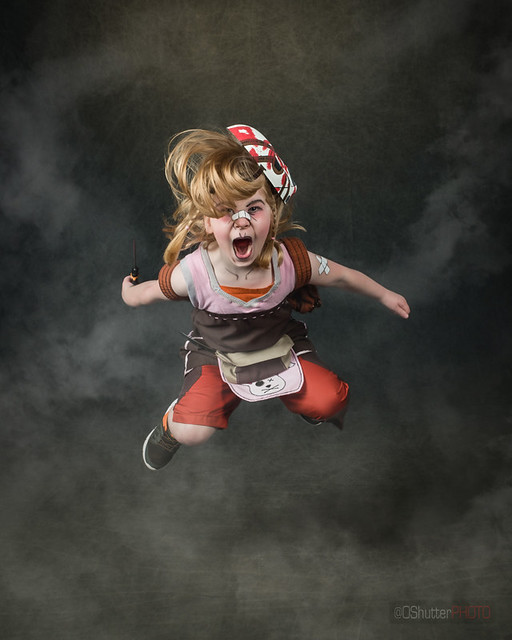 Last but not least, Thing 2 went as Tiny Tina. Yes, purists will notice that there are a few accessories missing, but I challenge you to keep a myriad of props attached to an excited six-year-old… I didn’t even try, and went with a simplified version. The only real impracticality of the costume she did end up with was the mask on the side of the head, which kept having to be readjusted. Thing 2 really liked being able to pose in silly ways and still stay in character, since Tiny Tina is actually a child in the game — and a demolitions expert. Trust me, it makes sense in context.