This past Saturday I braved the first snowstorm of the year in order to attend the Heroes & Villains Halloween cosplay party that’s held every year at The Bourbon Room. It’s a whole lot of fun! This year’s theme was “strange magic”, and keeping with the theme the hosts were decked out as the house founders from Harry Potter, the DJ was dressed up as a gorgon, the decor featured dragons and floating candles, and the specialty drinks were straight out of Hogwarts. 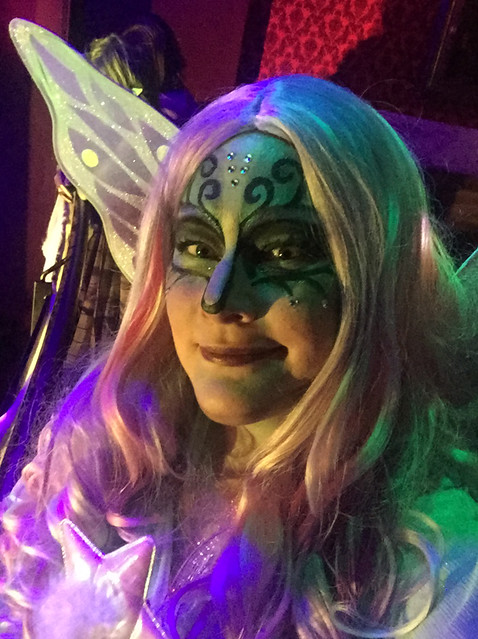 Of course I had to get my cosplay on! (As captured poorly here with the selfie feature on my camera.) After all of the effort of making five costumes in time for Ottawa ComicCon (of which I still haven’t posted all of my photos, gotta get on that, really), I just thought I’d reuse something I’d worn before. Then I made the mistake of going to the Audrey’s Costume Castle fire sale the prior weekend, where I found a fabulous wig… And, well, I threw together a fairy godmother costume to go with the theme. 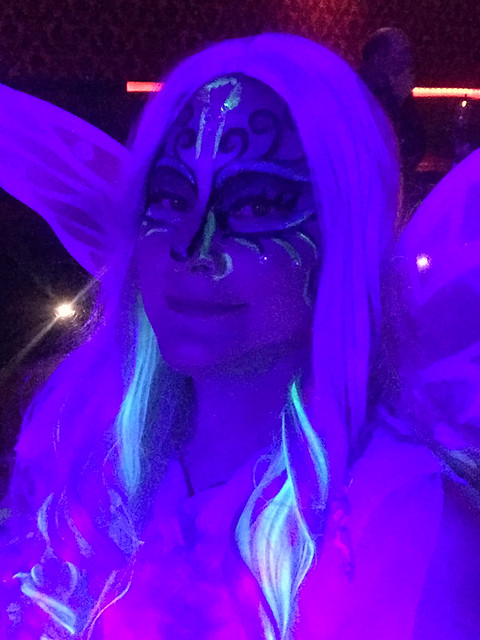 I knew that there would be black lights there, so I used some black-light-reactive face paint for highlights. I didn’t realize until after I got there that parts of the wig would light up too. Not truly visible in these shots are the twinkly fiber optic lights that were tucked under my hair, which showed really well in the low light. 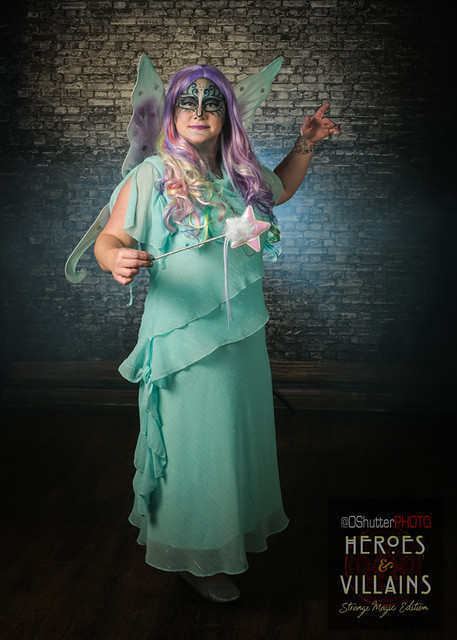 One of the great things about this party is that included with admission is a couple of professional shots taken by the fantastic Richard Dufault of Open Shutter Photo! He got some great shots of the costume in better lighting. 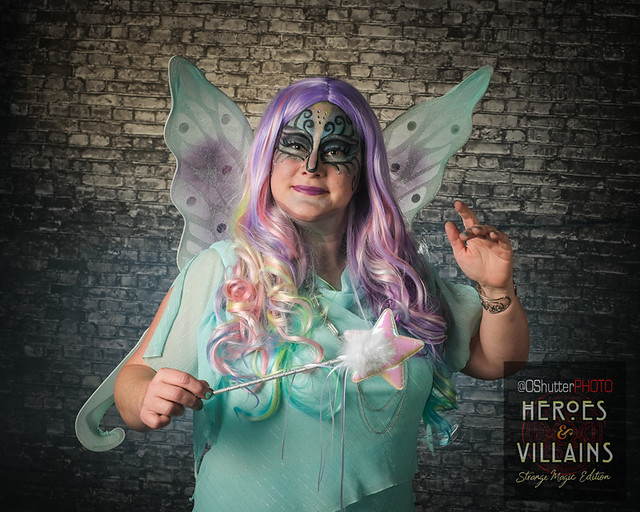 I’m never sure how to pose for these things, but I think they turned out okay! Also, I wish I’d noticed that my necklace was tangled in my wig and hanging funny. Ah, well. It was actually a really comfortable costume and I might actually wear it again. As a bonus, there was no sewing this time!

I based the makeup very loosely on Charisma Star’s tutorial, mainly for the shape of the final layers of paint. I went with a totally different colour scheme and I used different products. I rather liked how it turned out, even if you can’t see that the makeup actually goes all the way down over my shoulders and a bit down my chest. If I’d realized that the wig blocked so much of that area, I wouldn’t have put so much effort into it. Live and learn!