I spent most of a day over the weekend processing the apples we’d picked. It took me that long not because it is a difficult process, but because I had almost forty pounds of fruit to go through. Apples can be kept over the winter in a cool, dry place, so a couple of months in my basement meant that they were still perfectly fine. However, I wanted to turn them into preserves, both for my own pantry and as Christmas gifts. 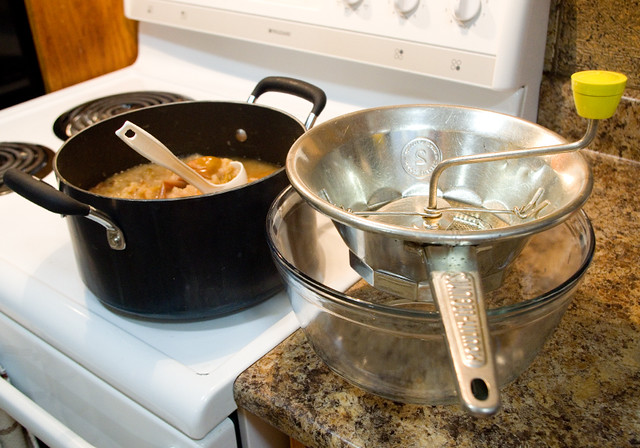 Back in May I picked up an immaculate second-hand food mill for $7.99, and this was my first chance to try it out. Well, it worked like a charm! No more spending hours and hours peeling and coring my apples before cooking. I just had to cut them in quarters, and then run the lot through the food mill once it was all cooked soft. It saved me so much time. I really wish I’d found a food mill years ago! 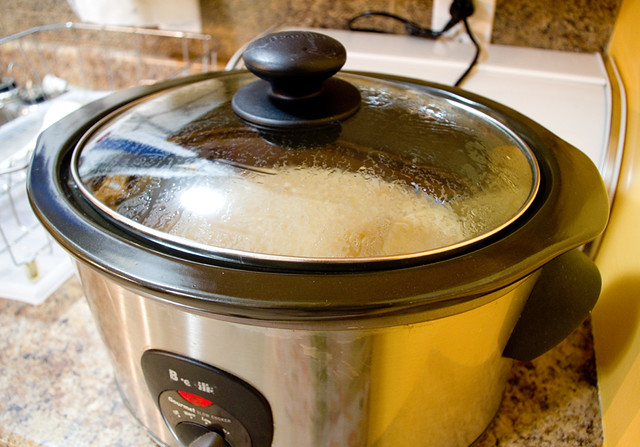 Then I cooked the resulting applesauce down with some cinnamon and honey in a slow cooker for about 24 hours, until it had halved in volume. This was just under half of the applesauce that I made; the rest will go in another batch. As you can see, it starts really light-coloured before the cinnamon is stirred in and it starts to oxidize. 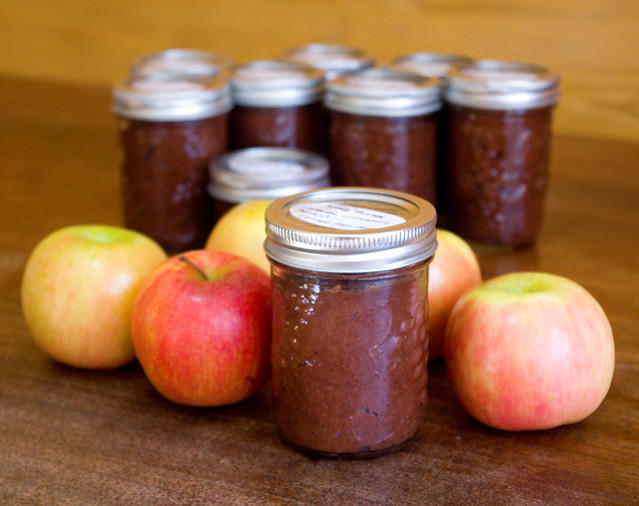 This was the end result: just over two litres of apple butter. I’d estimate that about 17lbs of apples was rendered down into these nine tasty little jars. I still have another batch to go, with one medium-sized container of applesauce in the freezer to be used in baked goods over the winter. There are some lovely recipes for applesauce quick breads, yeast breads, and cakes out there that I’d like to try (or re-try)!