I love English muffins, and not because I am of British ancestry. English muffins aren’t English at all, really; the dish as we know it today was developed by Samuel Bath Thomas in New York City in the late 1800’s. However Thomas, who came from England, did base his recipe on the yeast-leavened muffins sold door-to-door in his home country, back before most people had ovens in their homes. Those were the kind of muffins that they were talking about in the song “Do You Know the Muffin Man”. In England they are just called “muffins”, and are differentiated from quick bread muffins by context.

Thomas English muffins are still sold in the United States today, but so far as I can tell aren’t distributed in Canada. So the English muffins we have here are imitations of an American product, which is in itself an imitation of a British product. I’m sure we’re not getting the most authentic muffin experience here. 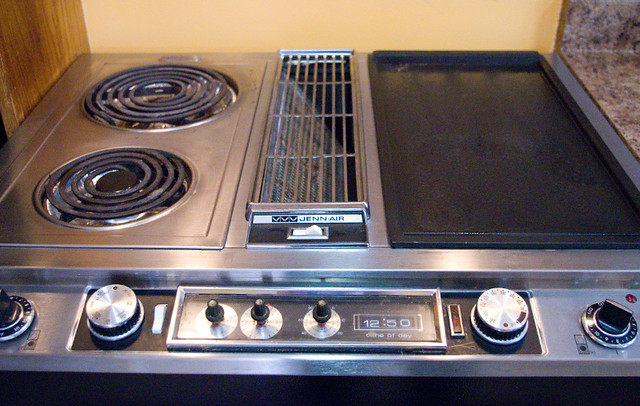 So a couple of weekends ago I decided to take a stab at making my own English muffins. The first thing I had to do was make sure I had the correct equipment. Until I tried to make them, I didn’t know that English muffins weren’t baked; I discovered that I would needed a griddle (which is why they’re sometimes called “griddle muffins”).

My stove is a bit atypical. It it a hand-me-down from family who were upgrading, but it was a very fancy model (Jenn-Air F121-C) thirty years ago when it was new. Each side of the stove-top can be removed and switched out; there are simple electric burner panels, a ceramic cook-top panel, a grill panel, and a griddle panel. Although all of these extras came with the stove, I had only ever used the electric burners, so switching for the griddle was an interesting experience, seeing as the stove’s user manual disappeared ages ago. 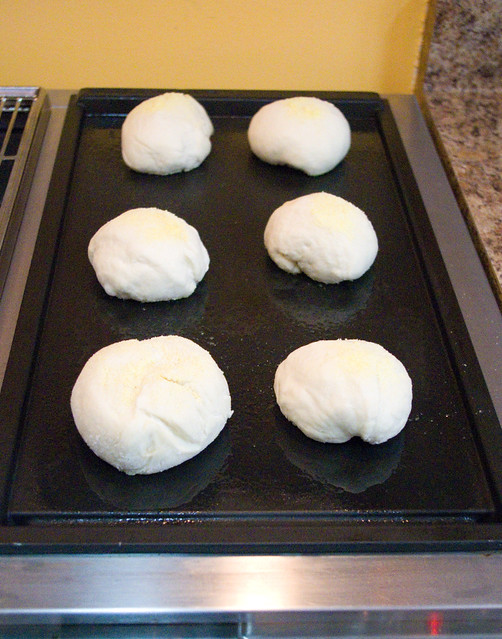 Another piece of equipment I needed was English muffin rings… Which I didn’t have, and would have been hard to find on a Sunday morning when most stores were closed. So I chose a recipe that made a more cohesive muffin and didn’t need the rings: How To Make English Muffins from TheKitchn.com 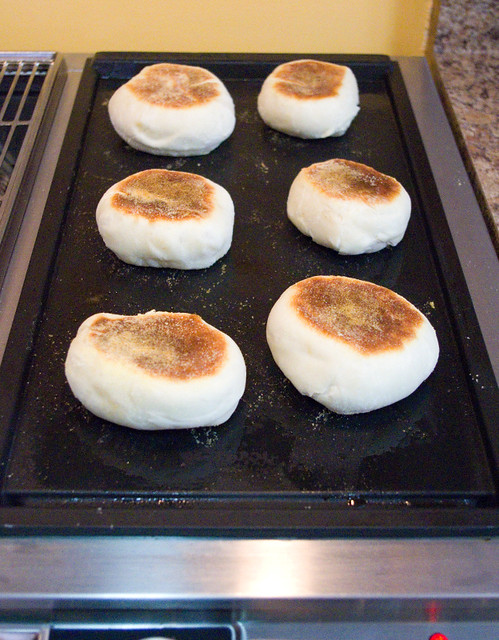 The muffins were tasty, but I wasn’t a hundred percent satisfied with the internal texture. My muffins rose nicely, but solidly, and as such were missing the large nooks and crannies that are, to me, the signature characteristic of a proper English muffin. I’m not sure if that was a problem with the recipe or with my technique. I did the quick version of the recipe and started it that morning. TheKitchen.com says that the starter can ferment overnight and the dough can be left to rise for up to three days in the fridge, so perhaps I will try it that way next time. If I still don’t get the texture I’m looking for, I’ll invest in the English muffin rings and try a different recipe. 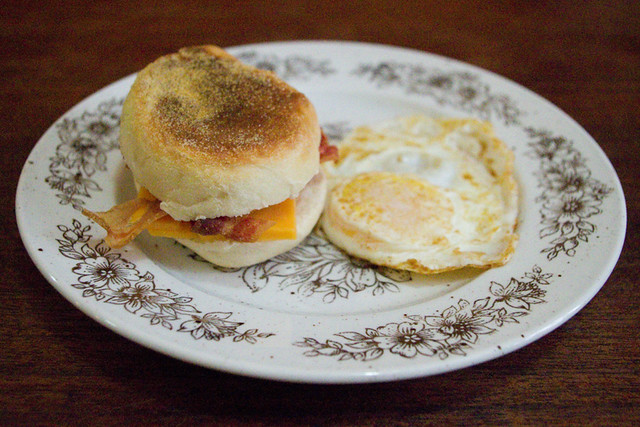 That being said, the muffins that I made were definitely edible, and I don’t think the batch even lasted the day. I served them with bacon, cheese, and a fried egg for lunch, and they were eaten spread with elderberry jam as snacks in the evening. My family obviously isn’t nearly as critical of my end results as I am, since they have asked me to make them again soon.