I am happy to be able to say that my garden is coming along swimmingly! 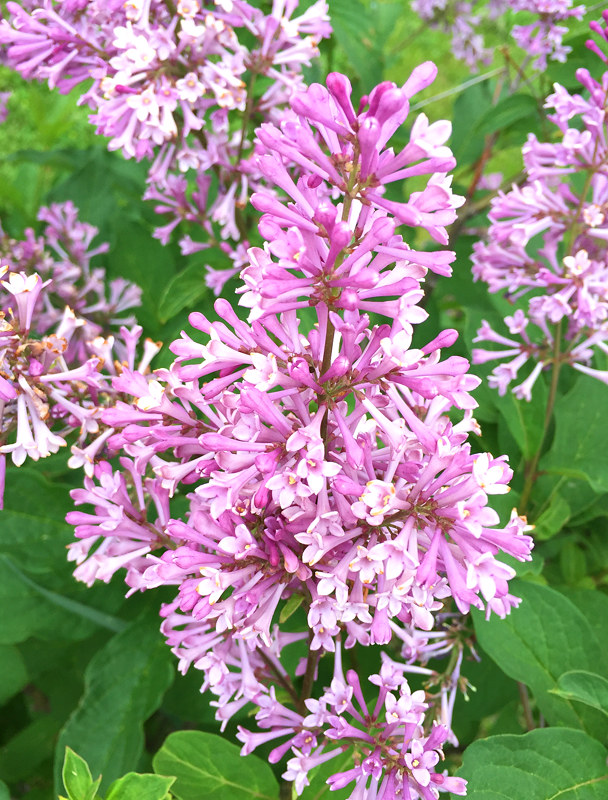 My little lilac bush, which is no taller than me, is blooming like crazy for the second year in a row. With an intensity all out of proportion of to its tiny tiny size, it perfumes my home when I leave the windows open, especially in the early evening. 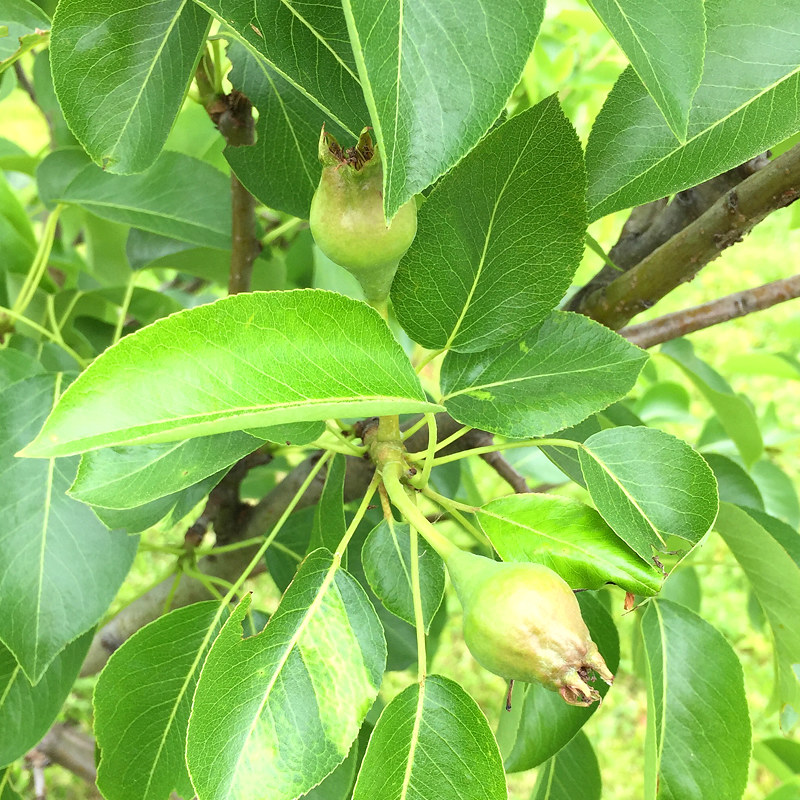 My wee pear tree was pollinated, and is actually growing fruit! I can only find four immature fruit hiding under the leaves, but that’s not half bad for a tree that’s only a few years old. I wonder what kinds of pear these will be? The tree is supposed to be grafted with four different varieties, but I can’t remember what type is on which branch. 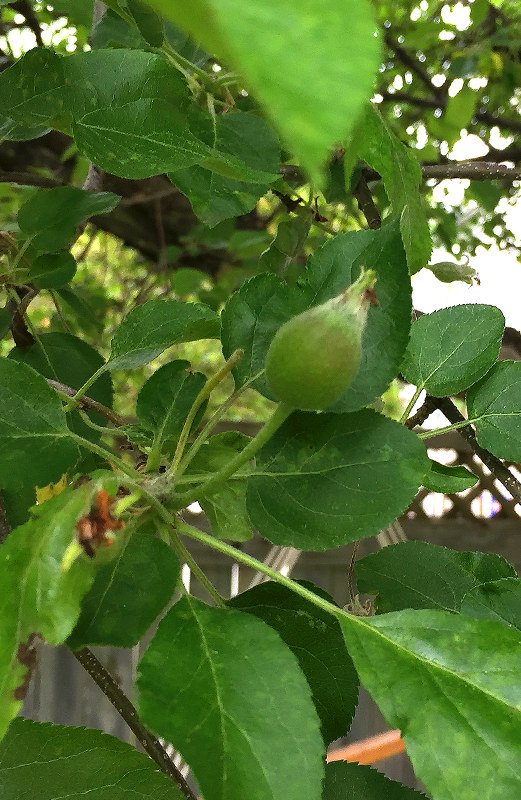 My apple tree was pollinated well and there are hundreds of tiny immature fruit hiding among the leaves. 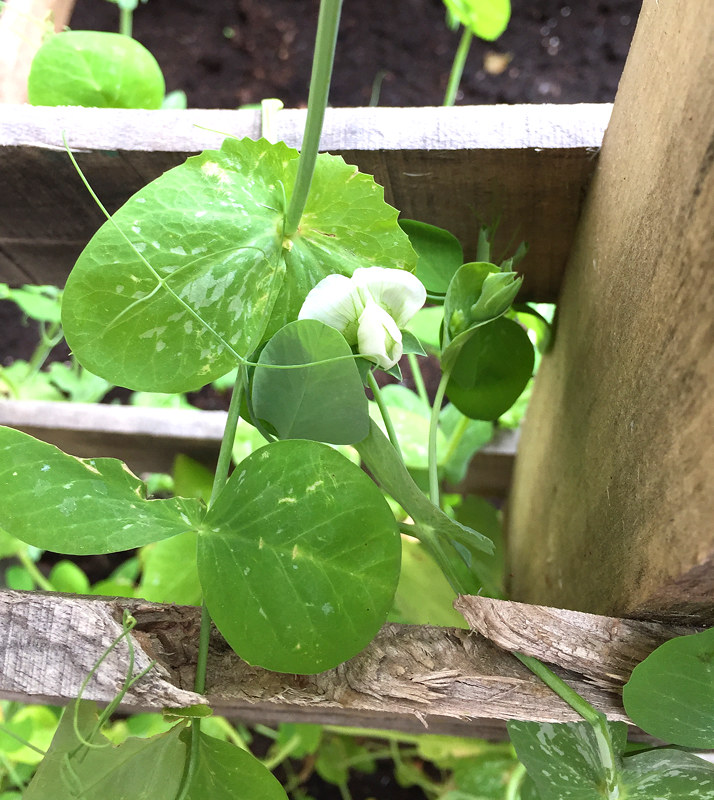 My peas have begun to flower, which means that there should be pods any time now! If I’m lucky, the plants will produce food all summer. Now, if only I could train them to grow up the pallet trellis instead of sideways. 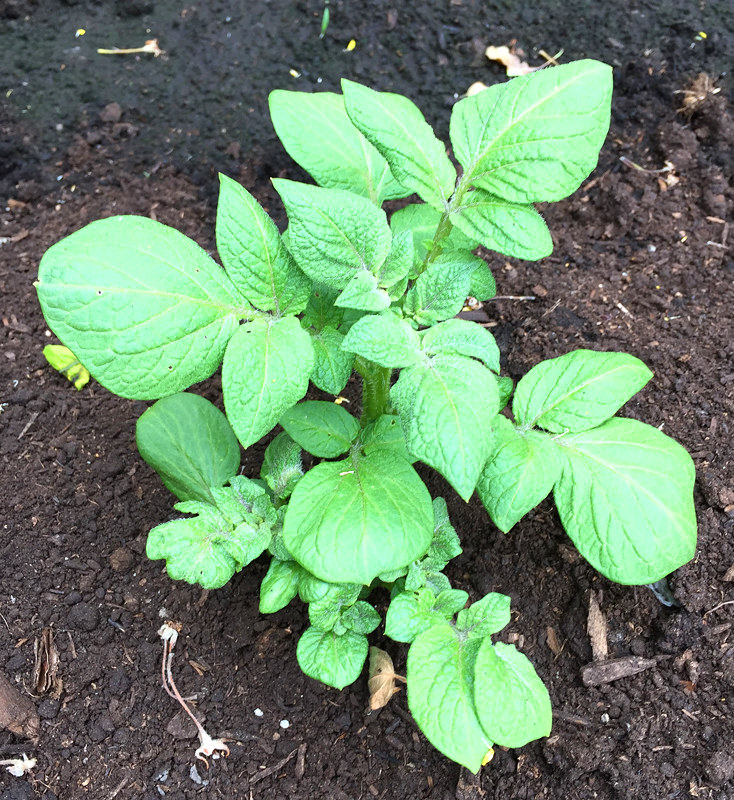 All of my potatoes have started to put up leaves, which means that the roots are growing as well. 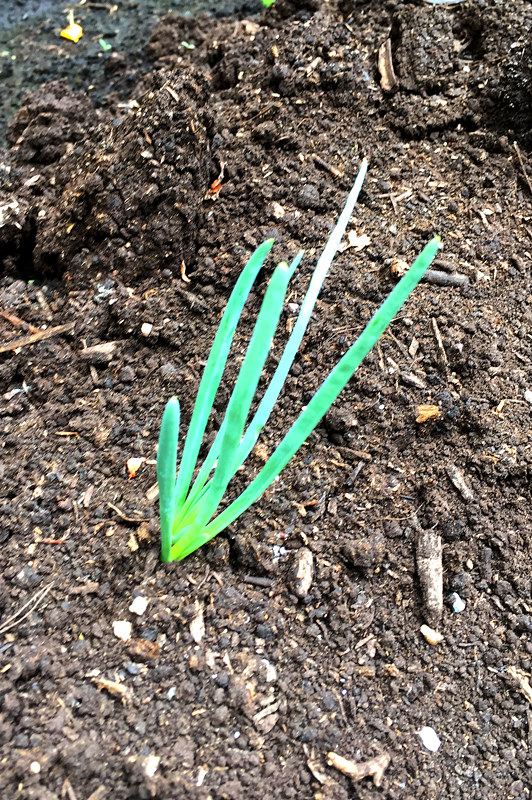 The shallots, on the other hand, aren’t doing nearly so well as last year. Only three of the plants have started to put up leaves, and the leaves themselves have been quite small. I’ll leave it another week or so, and if I don’t see more growth, I’ll plant more between the healthy plants. Why waste the space? 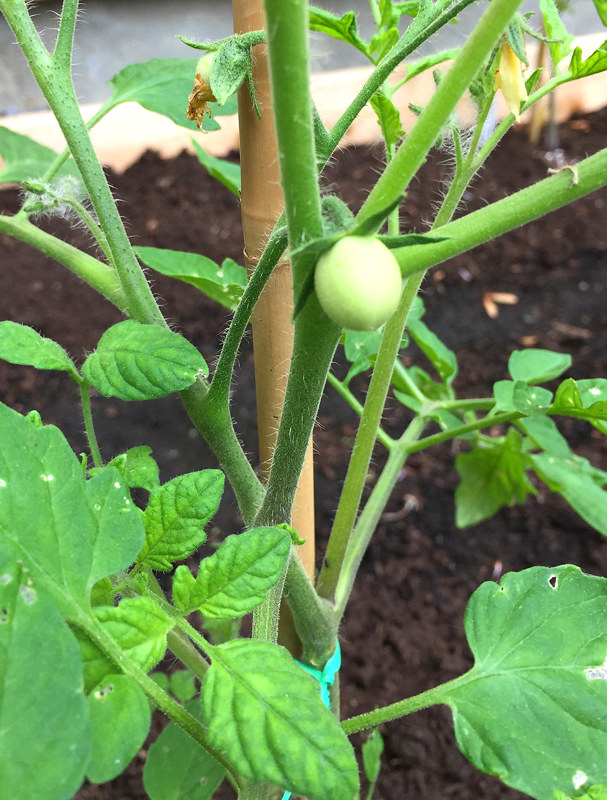 Last but not least, my tomatoes are starting to fruit! This means that I’ll soon have to put up the cages, instead of leaving them as they are on stakes. If they grown anything like last year, a single stake will not be enough to support the weight.