Continuing this week’s pre-Canada-150 lead-up, I’d like to start with some iconic Canadian music: The Log Driver’s Waltz. The song became an integral part of art culture in Canada in 1979, when an became the soundtrack of arguably the most popular animated short in the Canada Vignettes series released by the National Film Board. The short, along with the other Vignettes, was aired on the CBC (Canadian Broadcasting Corporation) between programs as filler, so it was very possible to catch this song multiple times a day throughout the 1980’s. There is also a French-language version entitled La valse du maître draveur. The chorus of the English version is as follows:

Birling, by the way, isn’t a word in common parlance even in Canada (at least not anymore), but it according to the the Free Dictionary, it is “a game of skill, especially among lumberjacks, in which two competitors try to balance on a floating log while spinning it with their feet. Also called logrolling.”

The timber trade in general is a huge part of the history of Canada as a whole, and the Ottawa area in particular. The trade blossomed in the early 1800’s, with log rafts and booms being a common sight on the Ottawa River for over a hundred years. Related trades played a large part in the development of the city, with a large number of local trades becoming part of the cultural landscape in the sawmills and their later cousins the pulp and paper mills. 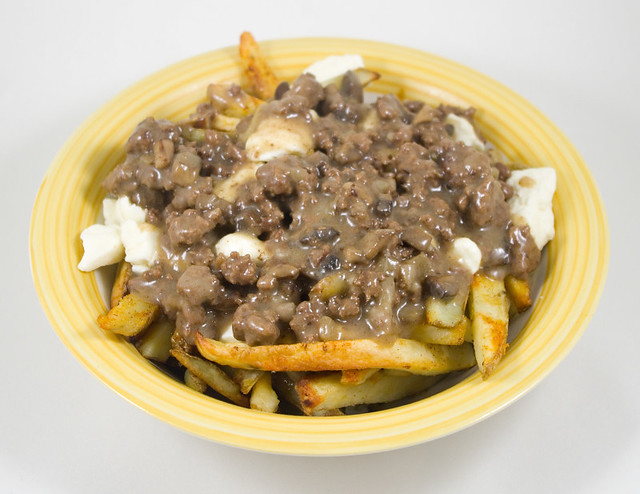 The timber industry was dominated by backbreaking labour, what would now be called blue-collar work, and in a similar vein, the famous French-Canadian dish of poutine is considered a very blue-collar dish (although honestly everyone eats it, no matter their level of wealth). Poutine would probably have been appreciated by log drivers, but it didn’t come into being until the 1950’s, when the local trade was on its last legs. Poutine is a mouth-wateringly delicious pub grub combination of french fries, cheese curds, and gravy. The one that I made yesterday, pictured above, also had chunks of the ground beef that I used to make the gravy from scratch. I made the fries using the Baked French Fries I recipe on Allrecipies — although I set the oven to 400°F (205°C) instead of the higher temperature in the directions, as per suggestions in the comments. Poutine may look like a hot mess, but it tastes fantastic, and it’s particularly good while/after a few drinks. 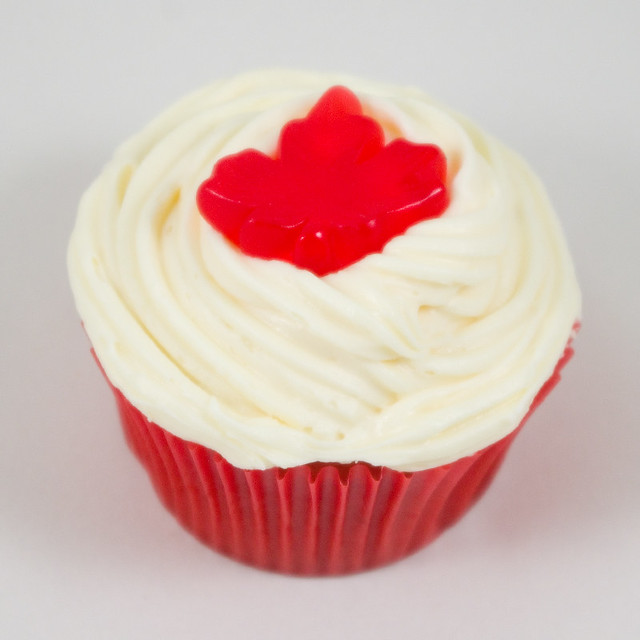 Of course, you have to follow a meal of meat and carbs with dessert, right? My family ate these strawberry cupcakes with buttercream frosting following the poutine (I don’t know how they had any room left). The cupcakes were Sprinkles’ Strawberry Cupcakes from Martha Stewart. They came out looking great, but I was a little disappointed in the flavour; I’d hoped they would taste more like the strawberry puree that was in the batter, but mostly what I could taste was vanilla. Originally I had planned to make a maple buttercream frosting, but I don’t know what I did wrong and the frosting separated as soon as I stopped mixing. I was so disappointed! I ended up using store-bought Duncan Hines buttercream frosting (which contains neither butter nor cream), which was a blow to my pride, but at least my friends with milk allergies could eat it. And hey, the cupcakes looked red and white for Canada Day!