My eldest daughter’s birthday is coming up, so I wanted to make her something extra-special as a gift. When we went to ComicCon this year, Thing 1 kept spotting foam replicas of Link’s Master Sword (from The Legend of Zelda series) out on the sales floor, and she asked me if she could have one every time she found one. My response was that it was too expensive; I had given the girls a budget of $20 each to buy something, and the swords usually came in between $30 and $35. Instead she came away from the con with a chain necklace with a pendant shaped like a Golden Snitch, which also lit up from inside with a tiny LED, and she seemed quite satisfied.

However, I had two days at the con without the kids along, and in my browsing I managed to find a competitively-priced Master Sword, along with a cheap plastic Hylian Shield. I stashed the sword and shield away for a few months to save them for her birthday. But I also figured that I could take the gift up a notch and make her a play costume to go along with the pre-made items. 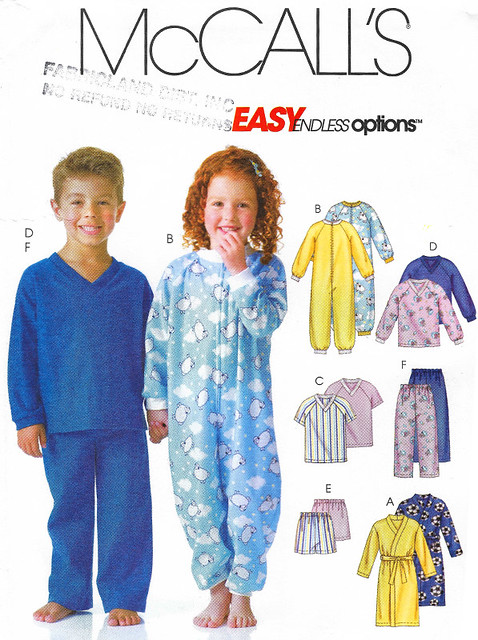 To me, a play costume is one that I don’t spend a huge amount of time or money on because there’s a good chance it won’t last all that long, since my kids are allowed to wear play costumes whenever they want and to do whatever they want in them. This is why most of their play costumes are second-hand finds, hand-me-downs, or bought on the 90%-off sales after Halloween. To that end, I used McCall’s pattern M6224, which I already had in my stash from ages ago. (Although I didn’t use this specific pattern to make the girls’ ComicCon costumes this year, I should note that one-piece pajama patterns are great to adapt into costumes.) 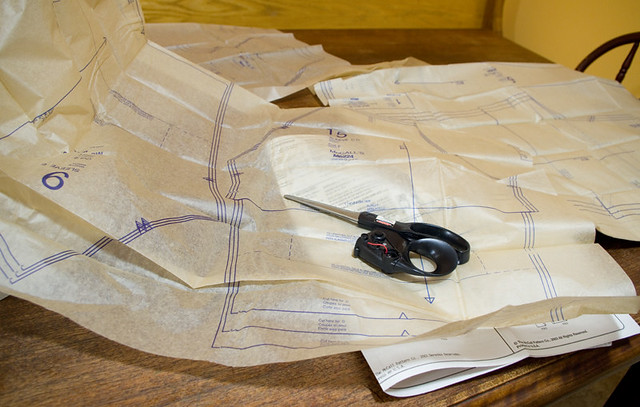 This time I didn’t use the one-piece pajamas and instead went for option C, which is a short-sleeved pajama top reminiscent of the scrubs one would wear for working in a hospital. I lengthened the top a bit to make it more of a tunic than a shirt, which will eventually be belted into place. I used fabric from my stash as well, which was the remnants of a dark green sheet that I’d used parts of for some craft or other years ago. 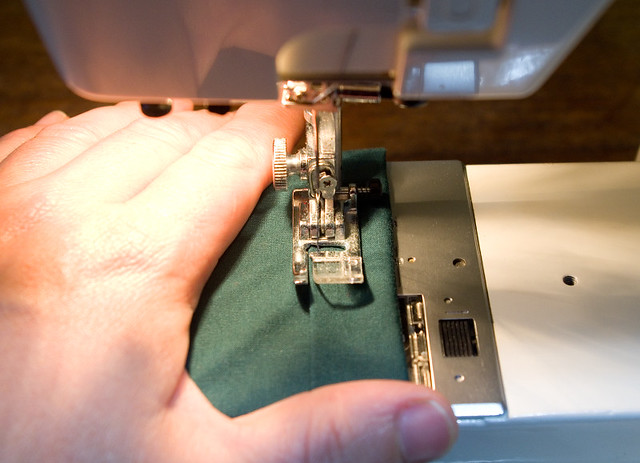 As the pattern envelope promised, the pattern was really easy to make. I think it only took me about two hours from unpacking the pattern to ironing the final product. Now, it looks a little big to me, but pajamas and tunics both are meant to fit loosely, and anyway it will be belted in. If worst comes to worst, I can always take it in. Strangely, my biggest worry is that the neck hole may not be large enough; the fabric has absolutely no stretch whatsoever, and Thing 2 has a massive noggin, just like both of her parents. 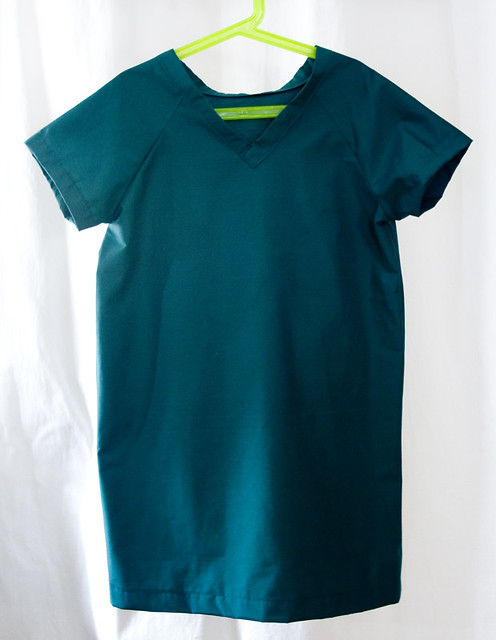 Die-hard Zelda fans probably are looking at the tunic and thinking, “Isn’t that supposed to have lacing, and a collar?” Yes, I suppose it is, if I was going for true accuracy. I kind of went for a look between adult Link in Ocarina of Time (what with the length of the sleeves, not to mention the sword and shield) and Four Swords Link (with the V-neck tunic). As much as I love 100% accurate costumes, I didn’t think it was necessary to play dress-up at home. Also, generally the more accurate the costume, the more time and money it takes, neither of which I wanted to spend on something that would probably get food and dirt smeared all over it.

The next step is to get a belt and a long-sleeved shirt to go underneath, as well as to make Link’s cap. Hopefully I’ll get it all done in time!