I forgot to post about this year’s Halloween costumes, probably because I didn’t make anything new. Thing 1, Thing 2, and I stuck with our Pokémon Go costumes from ComicCon, because I’ll be darned if I put in all that work for us only to wear the costumes once. That’s the deal that I made with my girls when I started making them Con costumes: their costumes have to be based on something that they like well enough to want to wear again almost half a year later. So given that the majority of Halloween activities happen after dark, the best photos of their costumes were taken back in May. 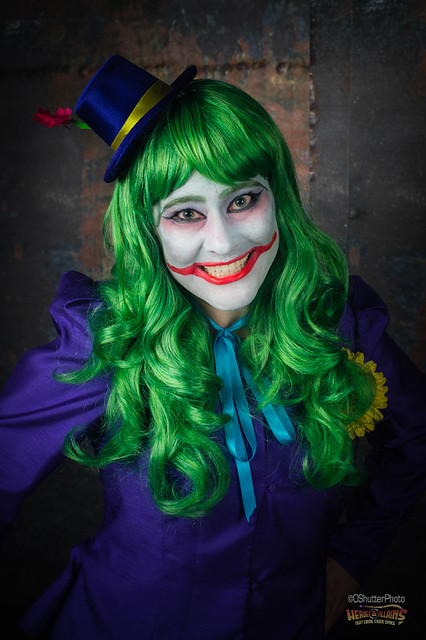 For Heroes & Villains, which is an annual geeky Halloween party around here, I reused my Femme Joker costume. I added a hat (which is really more purple than blue), a cane, and I took the makeup from almost-jolly Cesar-Romero-like paint, to something a little more sinister, not quite Heath-Ledger-like but closer. 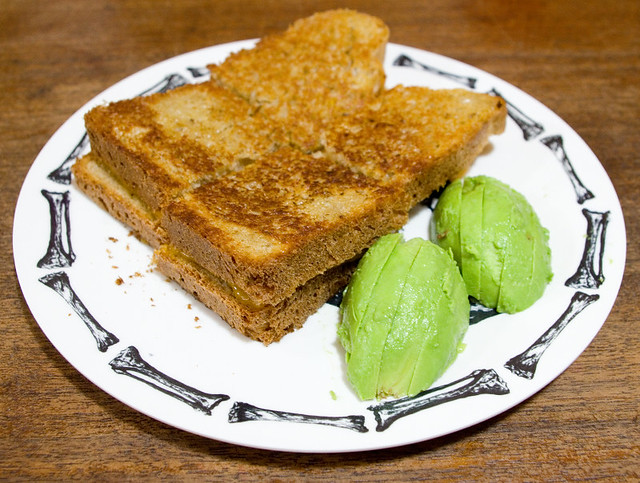 I think I am almost done the Halloween party leftovers, too, except for the cookies. Last night I made grilled cheese for the family dinner, using Light Rye and Caraway Bread (page 75 of Bread Machine: How to Prepare and Bake the Perfect Loaf by Jennie Shapter (2002)) and old Balderson cheddar, with a side of sliced avocado. 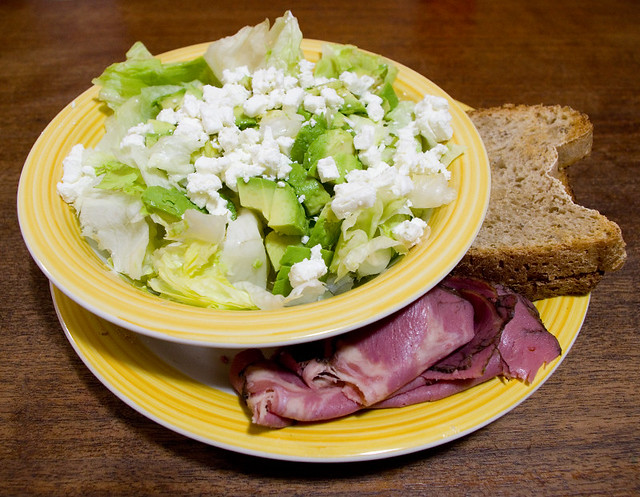 For me, since I can’t have the cheese, I made toast out of the bread, and served it alongside Montreal smoked meat and a salad with iceberg lettuce, avocado, and Woolwich Dairy Soft Unripened Goat Cheese Crumbles. It’s a little bit healthier than what we’ve been eating all week, I think! Now if only I can get the temptation of the mini chocolate bars out of the house, things will soon get back to normal.