Last night, being a Sunday, dinner wasn’t a rushed affair between classes and extracurricular activities, which it definitely can be during the school week. I had the opportunity to try out a new recipe that I’d spotted on Tasty for tornado potatoes:

It looked pretty simple, and it actually was! (That isn’t guaranteed with tutorial videos, as they’re often made by people who are experts in their fields, who can make even the most difficult techniques seem simple because they have tonnes of practice at them.) I had a really hard time inserting the bamboo skewers into the potatoes, though — they kept snapping off, sometimes inside the potato! So I used metal barbecue skewers instead, which slid through the potatoes like butter. 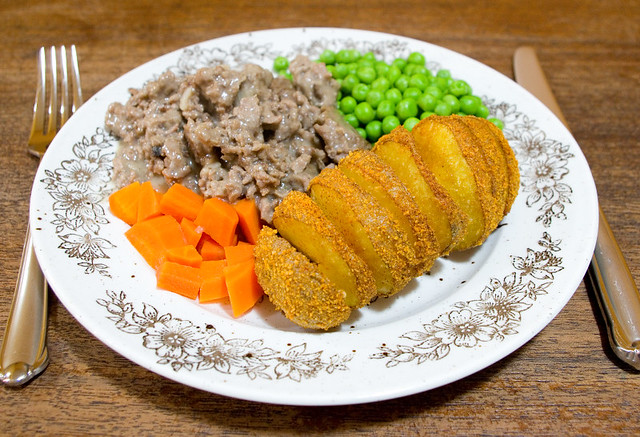 I used Prince of Orange potatoes from my garden, which are a little harder than a russet, so I should have cooked them a little longer, but I will know that for next time. Overall, the taste was very nice, and everyone in the family liked them. Now that I have the kinks in the process ironed out, I can see eating tornado potatoes a lot in the future.